Former Nigeria sprint hurdler, Moses Orode Oyiki, says he is leaving no stone unturned in ensuring that the late former national Decathlon champion, Brown Ebewele, is given a befitting farewell by all athletics stakeholders in the country.

This is even as the national track and field announcer and former chairman of Kogi State Athletics Association, Prince Tom Boniface, urge the Federal and Edo State Governments to immortlaize the late coach.

Oyiki, a lawyer, who represented Nigeria at Atlanta ‘96 Olympics Games in USA, disclosed that before the demise of Ebewele, there was an elaborate plan by his ex athletes group to organise a party of appreciation in his honor.

He rued the unfortunate passing away of the former Edo State Commissioner for Sports, promising to be present in Uromi, the hometown of the deceased coach for his burial. “I am starting this contribution with N250,000.00. Let’s give our hero, the selfless fighter for the rights of athletes and officials and our sport the honor and respect he rightly deserves at his demise.

“I understand that the burial is coming soon according to the Catholic Church rites. This being the case, I’m not leaving any stone unturned in ensuring that athletes, coaches, administrators, and well wishers give him their last respect by initiating a fundraiser.

“Depending on the logistics, I will personally be present at Irua, Uromi when my enigmatic friend is being committed to Mother Earth. So count on me to lead the way in this sorrowful exercise”, Oyiki wrote on Nigeria Athletics Incorporated Facebook page. 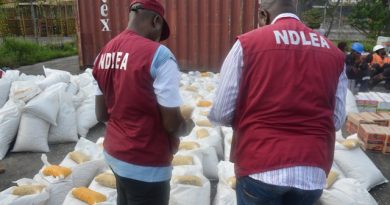