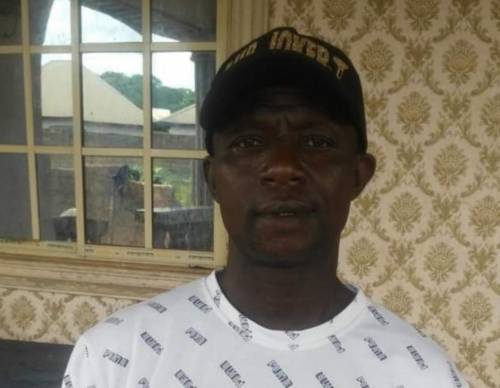 The Edo State Police Command has arrested a popular activist identified as ‘Joker Boy’ for allegedly referring to Oba of Benin, Oba Ewuare II, as a ‘Yoruba man’.

SaharaReporters gathered that Joker Boy had in a video asked the government not to hand over to Ewuare II stolen artefacts returned from Europe.

“They do Museum for there, Benin people said they should bring all the repatriated artefacts to Oba palace, na only them be Edo state? We are all Edo people. Oba of Benin, you are not God, Governor Obaseki, build that artefacts museum for the central of Benin, not at any palace.”

A source told SaharaReporters that the activist was arrested on August 5 at his house in Uromi over the video.

“He was arrested at night in his home at Uromi by police officers from Benin. He has been in detention since 5th August 2021; they failed to charge him to court. He is currently under detention at the Edo state CID headquarters,” the source said.

SaharaReporters had reported that the German government said it would return the 1,130 looted Benin bronzes to Nigeria in 2022.

Several museums in the UK have also announced that they would return looted artefacts to Nigeria.

But Ewuare II and Governor Godwin Obaseki have been at loggerheads over who will house the artefacts.

Obaseki had said “a transformational museum is to be built in Benin City, to house the artefacts upon their return, as part of a new cultural district in the city”.

But the Oba of Benin countered his statement, saying the stolen bronzes are not the property of the Edo state government but that of the Benin Kingdom and maintained that the “only legitimate destination for the artefacts” is the Benin royal museum which will be sited within the Oba of Benin’s palace.