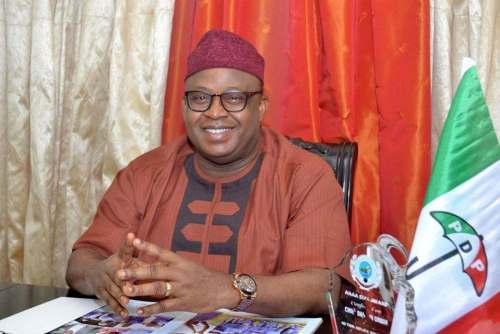 FORMER Edo State chairman of the Peoples Democratic Party (PDP), Chief Dan Orbih has absolved Governor Godwin Obaseki from having played a role in the suspension and the subsequent deposition of HRH Anselm Eidenojie 1, as the Onojie of Uromi Kingdom.

He also advised the former governor to go to the Palace of the Onojie of Uromi and beg for forgiveness for the action he took.

Chief Orbih. who addressed journalists in Benin Tuesday, was reacting to a statement allegedly issued by the All Progressives Congress (APC) suggesting that it was Governor Obaseki, then Head of former Comrade Oshiomhole’s Economic Team that recommended the suspension of the traditional ruler.

Orbih said, “I want to say very clearly here that it seems to me that the former governor and former National Chairman of the APC, Comrade Adams Oshiomhole is having some problems recollecting really happened when he was in office.

“I will like to educate him a bit, that when the Onojie of Uromi was first suspended and later deposed, Oshiomhole was the sitting governor of Edo State.

“The person who lifted the deposition order was Governor Godwin Obaseki, the current governor of the State.

“So, they should go back and check the facts. I know that there were a lot of things that he, Oshiomhole did when he was in office and today, he is regretting all those actions. That is why he is going about, kneeling down and begging the people for forgiveness.

” All he needs to do is to go with his candidate, Pastor Osagie Ize -Iyamu to the palace of the Onojie of Uromi, kneel down and beg for forgiveness. So, there is no point trying to change the story because he was the governor when the traditional ruler was deposed ”

“I believe it is time for politicians to behave as honourable people. So, if you make decisions, you should be able to stand by them and not changing what you have done or kneeling down to people forgiveness ” 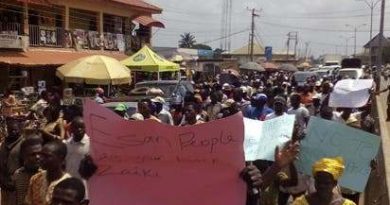 Dubai, 08 June 2020 – In an effort to assist stranded Ghanaians in the UAE get home, Emirates plans to