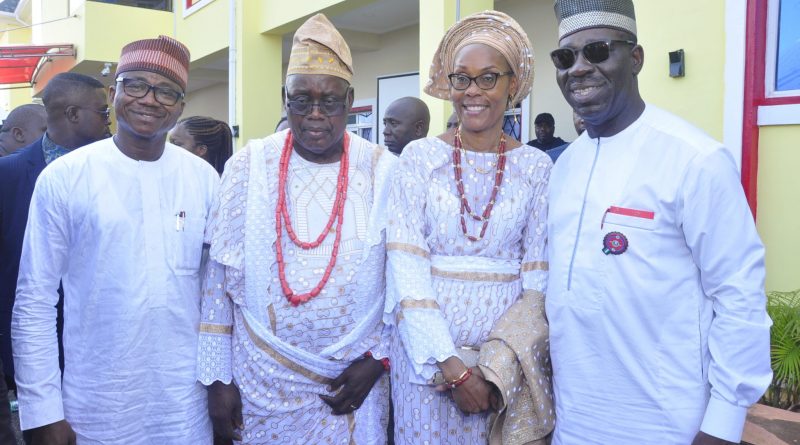 Speaking at the occasion in Ekpoma, Esan West Local Government Area, of Edo State, Obaseki described Omofuma as an accomplished man at 70.

He noted, “At 70, elder Omofuma has excelled and is accomplished in all ramifications as a family man, community leader, religious leader, businessman and politician.

“We have every reason to celebrate him. Today is a day to thank you for all the sacrifices you have made for us and for the impact you have continued to have on this community, the entire state and the country as a whole.”

“When we say he is a leader, he is a true leader,” Obaseki added.

The governor also described the celebrant as an exemplar in politics, noting, “You are one of the few people I know who spends his resources to serve the community. It is a day to celebrate someone who stands out in our community and who is an exemplar for good leadership.”

The governor prayed that the Almighty God would give the celebrant many more years to serve Him and humanity.

In his welcome address, the celebrant, elder Omofuma, expressed appreciations to the governor for gracing the occasion, noting, “There are better days ahead in the state with Obaseki being the governor.”

He commended the developmental strides of the governor, noting that Governor Obaseki’s infrastructural projects were evident in every area of the state.

He urged the governor to continue to deliver dividends of democracy to the people of the state regardless of the distractions.