The chairman of the All Progressives Congress (APC) in Edo State, Anselem Ojesua, has said he is incapable of brokering peace between the state governor, Godwin Obaseki, and the national chairman of the party, Adams Oshiomhole.

The feud between Mr Oshiomhole and Mr Obaseki is deepening, with the state assembly yet to commence work because of the crisis over the controversial election and inauguration of the speaker.

Mr Oshiomhole, a former governor of Edo State, helped Mr Obaseki succeed him as the state governor in 2016, against all the odds.

Both leaders are now locked in a political battle that some people fear could affect the political fortunes of APC in the state.

Mr Obaseki is likely going to seek re-election next year, but it appears he no longer enjoys the backing of Mr Oshiomhole.

The APC chairman in Edo, Mr Ojesua, appeared on an interview programme on Channels Television on Sunday and was asked if the crisis between the two leaders was a failure of his leadership.

“Certainly, this one is beyond me,” Mr Ojesua responded. “I don’t have any residence in Abuja.”

Mr Ojesua expressed ignorance when asked what was responsible for the escalation of the conflict. “I wish I knew,” he said to Channels Television’s Seun Okinbaloye.

“We are all under the former governor who is now the national chairman of APC.

“It’s just that in this particular dispute, there seems to be a misunderstanding as to how this one should have been handled. I think it’s a problem of ‘handling’, not more than that,” he said.

The programme anchor, Mr Okinbaloye, pressed further and reminded the Edo APC chairman of Governor Obaseki’s remark that he was being fought because of his refusal to share the state funds with a few politicians.

He was asked if the feud was about the sharing of resources.

“If you talk about resources, how resources are to be managed, you will know that every time there is always contention between politics and governance,” Mr Ojesua said.

“Politicians like to play politics all the time, whereas immediately after elections there should remain abeyance in politics and then of course governance must take its place.

“It seems to me that there is always that contention as to who should take the resources, whether these resources should be spent politicking or whether they should be spent on issues of governance which are those issues that are germane to the welfare of the generality of the people.

“So, there is always that contention. No governor can tell you he does not have issues with politicians contending for resources that may or should be used for other purposes.”

Mr Ojesua said the decision on who occupies what position in the state assembly was a “collective” decision of the APC in the state.

He was, however, evasive when asked if Mr Oshiomhole, as “a major stakeholder” in in the party in the state, was consulted during position-sharing in the assembly.

“It (the sharing of positions) came from the leadership…. The senatorial districts. If he was interested, I expected that there should have been some consultation. Whatever name was thrown up, was thrown up by the process. It was not subjective,” Mr Ojesua said.

He said, “When leaders are interested in any given issue, they give hints. For instance, if I have an interest in any person for any purpose, I will give a hint such that those who go and discuss will take into consideration what my opinion is.

“But if I allow them and it throws up something, I am bound to respect their votes.”

“What do you think offended the sensibilities of Oshiomhole in this matter?” Channels Television then asked the APC chairman.

“I cannot say anything in this regards because he has not spoken to me. All I know about his opinion is what I see on the pages of newspapers,” he responded.

Mr Ojesua said he has not spoken with Mr Oshiomhole since the assembly crisis began.

Thomas Okosun, a former speaker of the Edo assembly and a former chairman of the defunct Action Congress of Nigeria in Edo, was also on the Channels programme, alongside Mr Ojesua.

Mr Okosun said the Edo APC chairman was not telling the truth “maybe because his hands are tied”.

“How can he say he has not been able to see the national chairman of our party who brought him to the office?

“He served as a commissioner under comrade (Oshimhole); he became a special adviser to a comrade. The same national chairman made him state chairman (of APC) in the first four years and brought him back again, yet he does not have access, and he has not been able to reach the chairman?” Mr Okosun said.

“Is the governor proud to say that nine members of the assembly are with him? Let him name the people he says want him to share Edo money.

“If we go to election today, we will lose. Obaseki lost in his ward and local government in the last national assembly election.

“Obaseki has a responsibility to rescue himself by doing what is right. He should issue a fresh proclamation (to the state assembly),” he said.

Fifteen out of 24 members are ‘loyal” to Mr Oshiomole while the remaining nine are said to be loyal to the state governor.

The earlier scheduled date for the inauguration was June 7, but it could not hold because of the absence of Mr Obaseki.

However, there was a new twist to the drama as the much-anticipated inauguration of the Assembly took place at 10 p.m. that Monday.

The Clerk of the Assembly, Yahaya Omogbai, was said to have ushered the members-elect into the chamber and read out the letter of proclamation transmitted to his office by Governor Obaseki.

At the nocturnal siting of the members-elect, the clerk proclaimed the House and lawmakers elected Frank Okiye (Esan North-East Constituency I) as the Speaker against Mr Oshiomhole’s preferred candidate.

Immediately after the inauguration, a motion for adjournment was moved by the speaker and the assembly was adjourned till July 18.

The 24 members-elect are all members of APC. 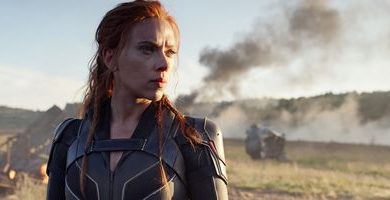 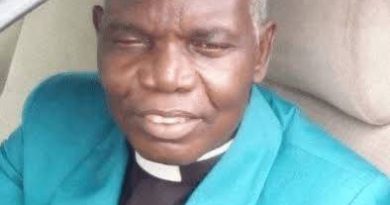