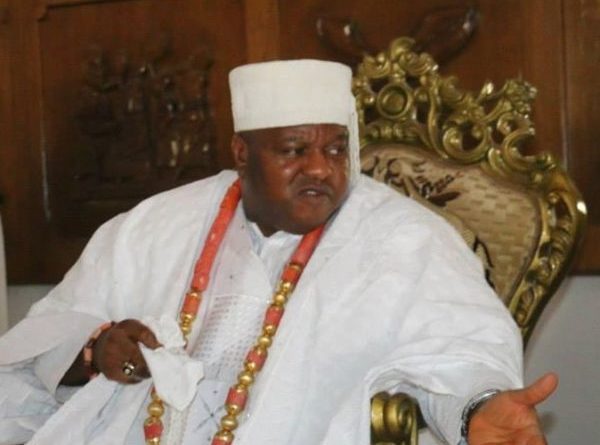 Last week, reprieve came the way of the deposed Ojuromi of Uromi who was dethroned in 2016 as the Edo State Governor, Mr Godwin Obaseki, expressed his love and respect for traditional institutions in the state by reinstating the Ojuromi..

It is cherry news for all Uromi sons and daughters both at home and in Diaspora just as I join them to felicitate with the Ojuromi for his reinstatement for a number of reasons.

First, the Ojuromiis one of the few traditional rulers deposed and was reinstated. Nigerians would easily recall the dethronement of the Sultan of Sokoto, Alhaji Ibrahim Dasuki by the Abacha military junta. Till date, he was not reinstated.

Secondly, isthe fact that as a monarch, he was able to acknowledge his wrong doings and apologised to government in writing. This is a sign of humility, which all citizens and even those in government in particular should emulate. There are so many prominent Nigerians out there that would not show such humility.

Government explained the reasons for the reinstatement of the Ojuromi His Royal Highness, Anselm Aidenojie II, Governor Obaseki disclosed that “the people who pleaded for his reinstatement reported that the Ojuromi of Uromi had been sober and remorseful and we are happy that he has undertaken to eschew acts unbefitting of his royal status.”

The Governor in lifting the suspension said that “Consequent upon his tendering of apology to the Edo State Government and a plea for leniency from well meaning citizens of Edo State, the Executive Council of the state, approved the reversal of his deposition and was reinstated as His Royal Highness AnslemAidenojie II, the Ojuromi of Uromi.”

It is important at this point to appreciate the role played by the Oba of Benin, Oba Ewuare II who also waded into the matter and pleaded for leniency for the Ojuromi.

Other Prominent sons and daughters of Edo whohad pleaded on the Ojuromi’s behalf, and begged for his reinstatement, as his conduct, mien and relations in public and private showed his readiness to work with the state government in manners worthy of the exalted Ojuromi throne equally deserve commendation because, it takes great minds to see a situation of anomy and make such level of interventions. Some, no doubt would have made sacrifices in the course of their intervention.

The news of his reinstatement having received the deserved attention, it would also be important for Edo people and Nigerians in general to draw some lessons from what happened.

When the Ojuromi was issued a query for allegedly assaulting one Ms. Betty Okoebor, during the September 28 governorship election and travelling outside the country without permission, an action, which according to government, was capable of breaching the peace in Uromi Community, contrary to section 130 and 131 of the Electoral Act 2010 as amended, some Uromi politicians of the People Democratic Party extraction, obviously with latent motives and inordinate ambitions cashed on the situation and discouraged the Ojuromi from responding to government’s query. Some PDP leaders took the issue as their project and messed it up.

The period given by government to respond to the query elapsed and the long arm of the law descended on the monarch as a seven-day suspension was then slammed on him by the state government. Like the PDP did with the query, they brought their overbearing attitude again and discouraged him from engaging the government on the issue. The Edo PDP pushed the matter beyond the realm of official management and rather routed for a court action.

The Ojuromi then filed a suit at a Benin High Court against Governor Adams Oshiomhole ‎and several others over his suspension, claiming an infringement on his fundamental human rights.

On October 26, 2016 following the approval by the Edo State Executive Council that, amongst other things, the State Government wielded its big stick against the Royal father and was deposed pursuant to Section 28 (1 and II) of the Traditional Rulers and Chiefs Law, 1979.

Expectedly, the development sparked wild protests by residents of Uromi town, again orchestrated and masterminded by the PDP. Unprintable words were used against the governor and the state government, all pointing to the ‎action of the state government, considered to be unacceptable by his subjects.

The PDP did not rest on their oars. They were sponsoring all sorts of protests, forgetting the fact that the throne of the Ojuromi was not a political one. They forgot that the man on the throne was the Ojuromi of members of all political parties existing in his domain. That attempt by the PDP to politicise the issue allowed it to drag on unnecessarily. The PDP did not give room for respected sons and daughters of Uromi and other well-meaning persons to intervene.

Senator Clifford Ordia was the arrowhead of the PDP members who fanned embers of discord in the whole affairs. He personally endorsed a statement deriding the Governor and the state government for their actions forgetting that no man is above the law and that it is always difficult to fight government

It is a well-known fact that the Uromi kingdom like any other Kingdom in Esan and indeed Edo state is a Monarchical territory headed by a king. From time immemorial, the kingdom of Uromi was duly recognized and a monarchical head installed as far back as 1463 by the then Benin monarch, Oba Ewuare the Ist. The throne of Uromi kingdom is understandably hereditary in accordance with the native law and customs -from father to son ‘the rule of primogenitor’ and has remained so for years. That does not grant any Ojuromi the licence to commit any offence prohibited by government. This is one lesson to take away from what happened in Uromi .

The second lesson is that traditional rulers must refrain from mixing or yoking equally with politicians as they may derail the attention of unsuspecting traditional rulers from carrying our the role provided for them by the traditions and customs as bequeathed to them by God and their ancestors .

This case having been brought to a glorious end by the “wake and see Governor “ of Edo State and other well meaning Edo sons and daughters, it is hoped that lessons learned would provide traditional rulers in the state, the mental and physiological disposition to restrict their roles to statutory provisions of the extant laws of the land.