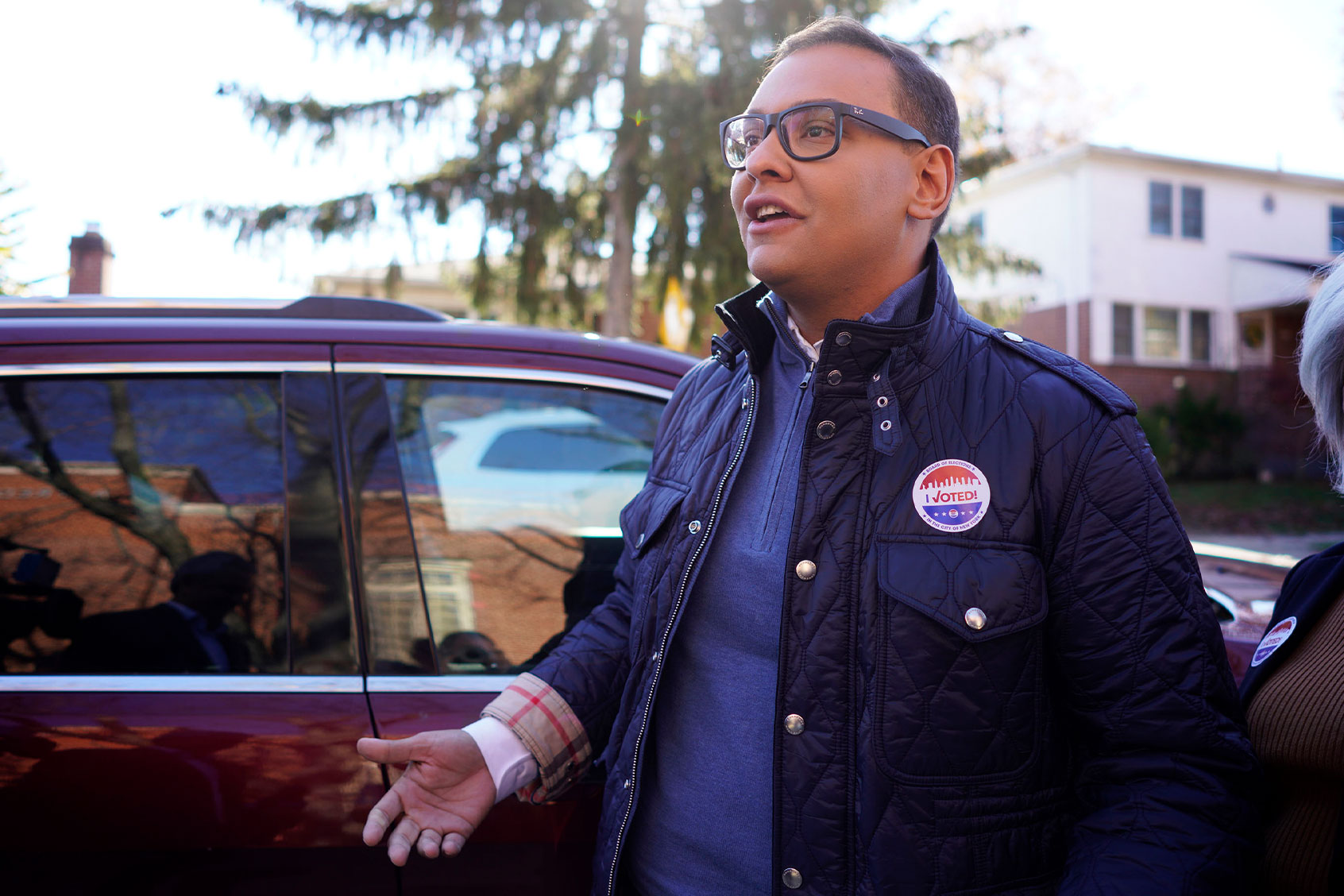 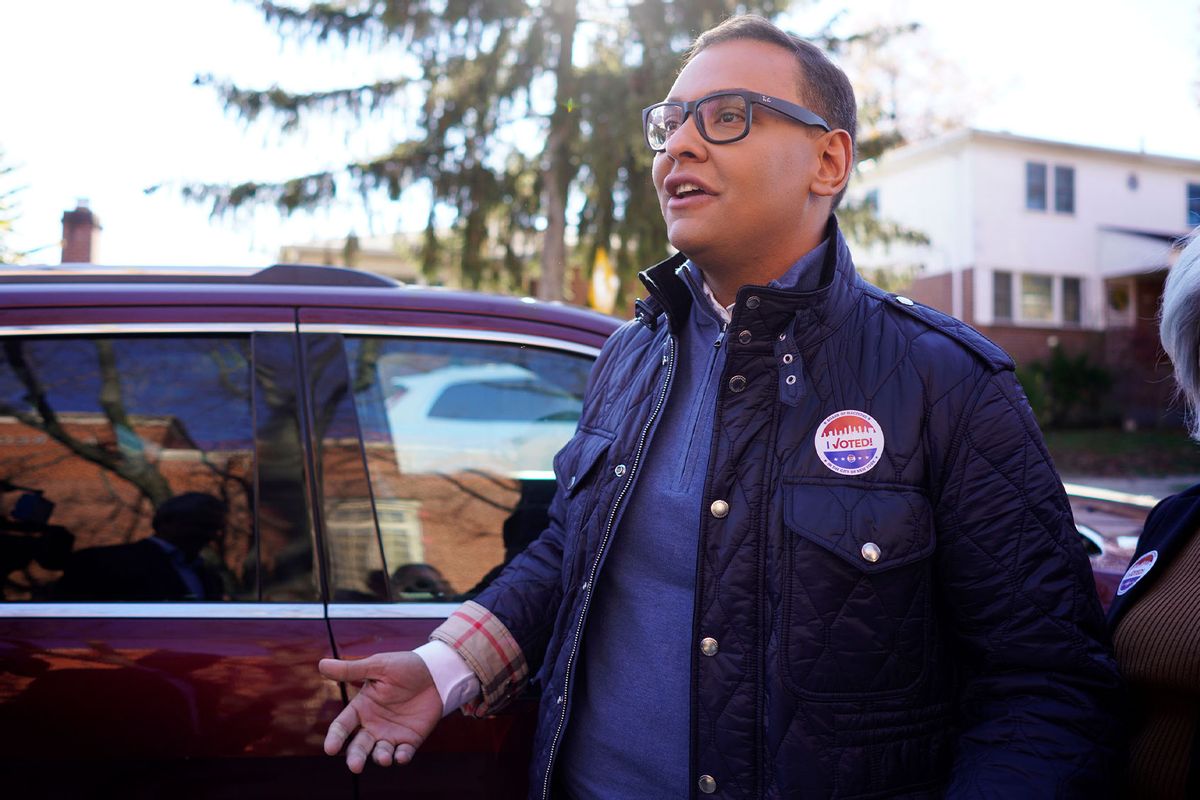 Rep. George Santos, R-N.Y.,  filed amended campaign finance reports that told the Federal Election Commission that a $500,000 loan he gave to his campaign didn’t come from his personal funds as he’d previously claimed.

The initial filing from September included a checked box saying the loan came from the “personal funds of the candidate,” but in the newly amended filing now, that box is unchecked, The Daily Beast’s Roger Sollenberger reported.

The amended filing doesn’t disclose any information about the source of the funds and only says that the loan came from the candidate but wasn’t Santos’ personal money.

Another amended filing on Tuesday, which included a $125,000 loan that Santos gave to his campaign on Oct. 26 similarly had an unchecked box, suggesting that it did not come from his personal funds either.

Such discrepancies have raised questions about where the money did come from after all, especially at a time when Santos’ financial operations and his campaign are under scrutiny after he admitted to faking parts of his biography.

In an interview last month with WABC Radio, Santos said the loans were money “I paid myself” through his company, the Devolder Organization.

When he first ran for Congress in 2020, Santos claimed on a campaign finance form that he was making $55,000 a year. Last year’s campaign filings claimed that after owning and managing the Devolder Organization, Santos started earning millions of dollars.

He hasn’t fully disclosed details about the clients he works with nor has he provided information about his income. Instead, Santos has said his work at the Devolder Organization involved “deal building” and “specialty consulting” for wealthy clients.

“Santos has proven he is wholly unfit for office, and his violations of our laws and public trust cannot go unanswered, Stand Up America’s Founder and President, Sean Eldridge said in a statement. “Congress should investigate his unethical and likely illegal actions and expel Santos from the House.”

Already, Santos is being investigated by the Nassau County district attorney’s office for his “numerous fabrications and inconsistencies” during his 2022 campaign to represent parts of Long Island and Queens.

The state attorney general’s office has also said it’s “looking into a number of issues” regarding the New York congressman.

The new filings were intended to correct discrepancies routinely flagged by the election commission, like missing information about donors or questions about donors contributing more than the amount they are allowed.

The New York Republican is also facing a complaint filed with the FEC, alleging his campaign repeatedly reported suspicious expenses, which included eight charges of exactly $199.99 at an Italian restaurant in Queens and another $199.99 charge at a Miami-area hotel where rooms cost $600 or more per night, according to Politico.

Since campaigns are required by law to keep receipts or invoices for expenses greater than $200, the amount so close to the legal limit for retaining receipts has raised concerns.

A complaint from the Campaign Legal Center, a nonprofit watchdog group, alleges that the Santos campaign’s disbursements were “deliberately falsified”.

Only 25 campaign committees reported any single expense costing exactly $199.99, according to a Politico analysis. No campaign other than Santos’ spent that specific amount more than four times.

CLC also accused Santos of lying about the source of his campaign donations and paying for personal expenses with campaign funds.

The group pointed to the $705,000 Santos declared in FEC filings as a personal loan to his campaign, arguing that the congressman couldn’t have afforded such a loan given his previous income disclosures.

While his campaign has amended filings in response to FEC letters, the amendments did not touch on the $199.99 disbursements.

“Stand Up America members have sent nearly 10,000 emails to their representatives in Congress, urging them to ensure that Santos is investigated and expelled from the House of Representatives for his lies and potential crimes,” Eldridge said.

What was so captivating about the “rotisserie chicken guy” who ate 40 whole birds in 40 days?

Her Revenge Dress and Biker Shorts Are Iconic, But Diana’s Final Looks Show Us Who She Really Was