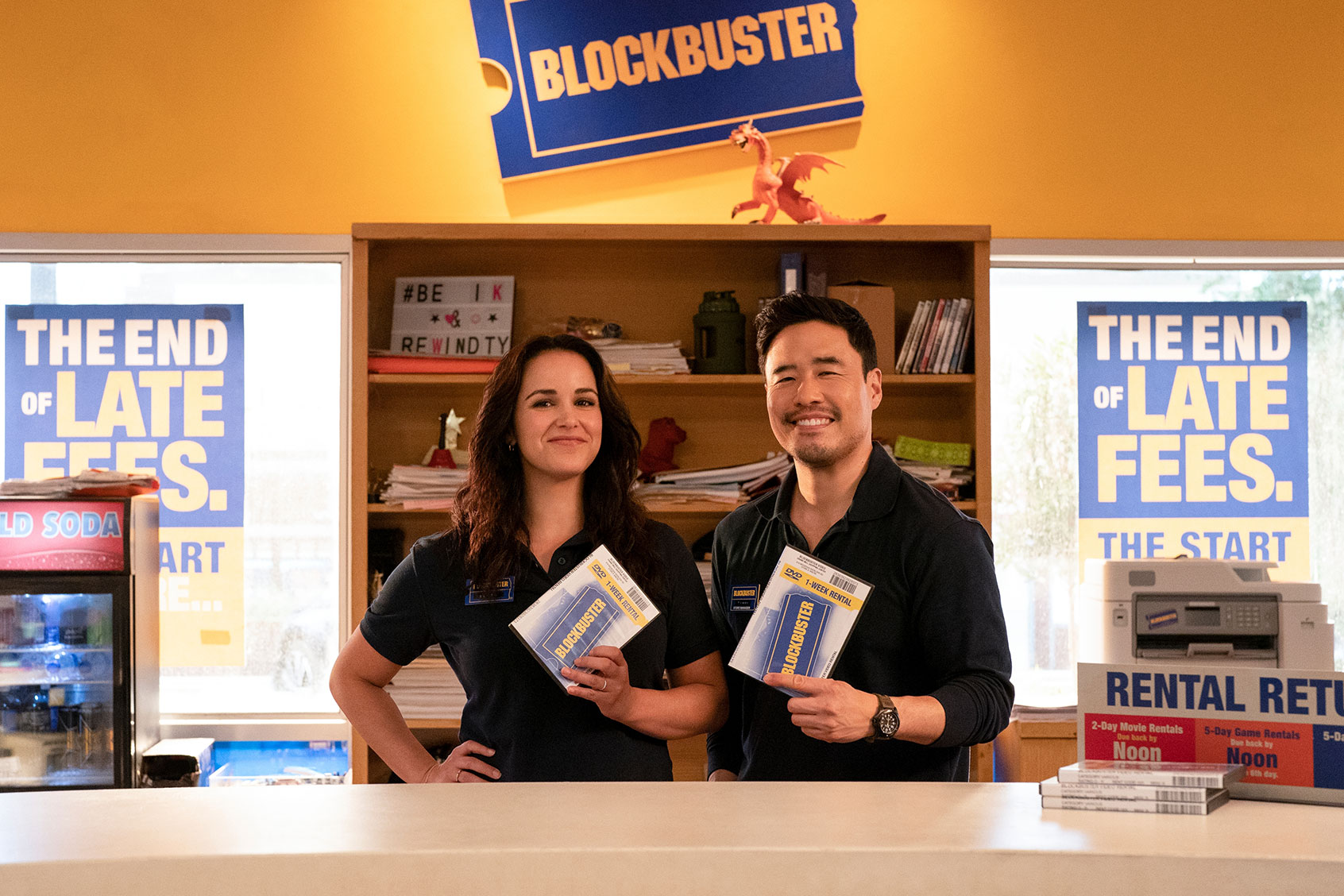 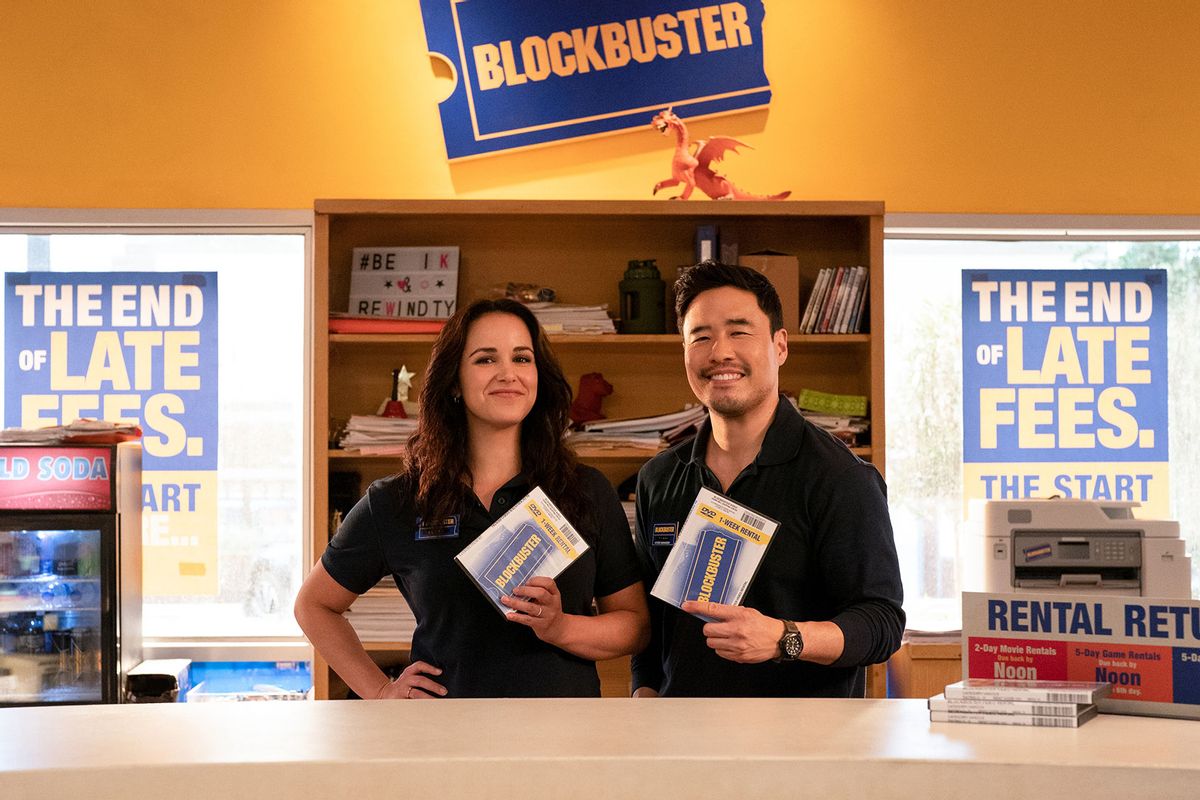 As sweater weather brings a bout of cooler weather, stay warm in the comfort of your own home, preferably cozied up with a hefty blanket, a bowl of piping-hot soup and new entertainment, courtesy of Netflix.

If you’re looking for feel-good content to binge watch, be sure to check out the fifth season of “The Great British Baking Show: Holidays,” which follows a new batch of competitors looking to impress judges Paul Hollywood and Prue Leith with their festive bakes. There’s also “Christmas With You,” a romantic-comedy film starring Freddie Prinze Jr. that concerns a burnt-out pop star who escapes to a small New York town, where she finds both inspiration and a shot at true love.

In anticipation of this year’s World Cup — which starts on Nov. 20 — don’t miss out on a slew of soccer content, including the soccer corruption documentary, “FIFA Uncovered,” the animated sports film, “The Soccer Football Movie” and “The Final Score,” a miniseries about the rise and fall of Colombian soccer and Andrés Escobar, who was murdered in the aftermath of the 1994 FIFA World Cup.

This month also brings a collection of non-Netflix titles that still remain as classics today. Notable mentions include the 1963 comedy film “The Pink Panther” and the 1999 rom-com “Notting Hill,” starring Julia Roberts — who returned to the genre this year with “Ticket to Paradise” — and Hugh Grant as a famous American actor and a humble London bookstore owner who (you guessed it!) fall in love despite their different lifestyles. Another must-watch is “The Bodyguard,” especially prior to the anticipated release of Whitney Houston’s biopic “I Wanna Dance with Somebody” this December.

Check out our picks below:

This three-episode docuseries investigates the 1995 Valentine’s Day shooting death of bodybuilding champion Ray McNeil by his wife Sally, who is currently serving her sentence of 19 years to life at the Central California Women’s Facility in Chowchilla, California. Was the murder really premeditated or an act of self-defense? Friends, family and acquaintances make appearances in the series along with Sally herself, who recounts her rocky marriage, her husband’s abuse and the motive behind her crime.

Fans of “The Office,” “Parks and Recreation,” “Superstore” and other workplace comedies will also enjoy Netflix’s upcoming series “Blockbuster.” Randall Park stars as Timmy, the manager of the last Blockbuster Video store on Earth, alongside Melissa Fumero as Eliza, Timmy’s long-time crush and recently divorced coworker. Together, the pair and their fellow staff members fight to keep their store both relevant and in business.

This is the second time Netflix has used the Blockbuster brand. The streamer first featured the brand in a 2020 documentary called “The Last Blockbuster” which also spotlights Blockbuster’s last store in Bend, Oregon.

Millie Bobby Brown and Henry Cavill reprise their roles as Enola Holmes and Sherlock Holmes in the sequel to the 2020 film, which is also based on Nancy Springer’s young adult fiction series of the same name. Attempting to escape her brother Sherlock’s shadow, Enola is eager to start her own practice and solve her first official mystery case, which involves a missing match factory worker. In addition to her newfound responsibilities as a detective, Enola struggles to maneuver a budding crush along with the more serious issues of her time, including ageism and sexism.

Netflix’s “The Crown” will make its highly anticipated return soon, following the death of Prince Philip on April 9, 2021 and the death of Queen Elizabeth II earlier this year. This new season will highlight the royal family’s life from the early-to-mid 1990s, with special focus on Princess Diana and Prince Charles’ (now King) bombshell separation and the former’s tragic car accident. Imelda Staunton is set to star as Queen Elizabeth alongside Jonathan Pryce, who plays Philip, Elizabeth Debicki, who plays Diana, and Dominic West, who plays Charles.

Christmas is coming early this year with “Falling for Christmas,” Netflix’s upcoming romantic comedy film starring Lindsey Lohan, who is officially making her acting comeback over a decade later, and Chord Overstreet (“Glee”) in the main roles. Lohan plays Sierra Belmont, a newly engaged and spoiled heiress who suffers from total amnesia following a skiing accident. She subsequently finds herself in the care of a handsome, blue-collar lodge owner named Jake, played by Overstreet, and his daughter at Christmastime.

Written and directed by renowned film critic Elvis Mitchell, “Is That Black Enough For You?!?” is a documentary film that examines “the evolution — and revolution — of Black cinema from its origins to the impactful films of the 1970s.”

Earlier this month, Mitchell told Variety that the documentary was inspired by his own life experiences: “As a Black viewer, I found myself confronted with what wasn’t being voiced about my people, and wondered why the movies were so slow to respond to Black audiences — who were paying good money to see movies — and even social shifts brought about by the civil rights movement.”

Filmed over a two-year period, this documentary explores the story of Zarifa Ghafari, who became one of Afghanistan’s first female mayors and the youngest to ever hold the position at 26 years of age. “In Her Hands” documents Ghafari’s “fight for survival against the backdrop of her country’s accelerated unraveling as Western forces announce their retreat and the Taliban start their sweep back to power.”

Back in September, “In Her Hands” won the audience award at the 18th Camden International Film Festival. The documentary is directed by Tamana Ayazi and Marcel Mettelsiefen with Hillary Clinton and her daughter Chelsea serving as executive producers.

Based on the 2016 period novel by Emma Donoghue, “The Wonder” stars Florence Pugh as nurse Lib Wright, who travels from England to a remote Irish village in 1862 to observe an 11-year-old girl named Anna O’Donnell (Kíla Lord Cassidy), who has not eaten for four months. Although Anna’s fast has been hailed as a miraculous phenomenon, Lib soon realizes the direness of the situation and attempts to use both science and faith to save the young girl’s life.

Directed by Andrew Renzi, this four-part docuseries tells the story of a ludicrous Pepsi campaign involving a pricey fighter jet and a teenage boy who decided to challenge one of the largest corporations in America. The 1996 promotional gambit encouraged consumers to mass purchase Pepsi products to accumulate “Pepsi Points” in exchange for “Pepsi Stuff” or prizes, including a $23 million Harrier Jump Jet.

Pepsi execs assumed the astronomical “price” of the jet would make it impossible for anyone to attain it, but they clearly thought wrong after one college student named John Leonard accepted the offer as a challenge and later sued Pepsi for the fighter jet prize that never existed in the first place.

Noah’s third Netflix stand-up special, called “I Wish You Would,” is more lighthearted in nature than his usual segments on “The Daily Show.” Viewers can expect to hear about Noah “learning to speak German, modern communication, and his love for curry,” per Netflix.

The special also comes after Noah announced in September that he’s officially ending his tenure as host of “The Daily Show” on Dec. 8. 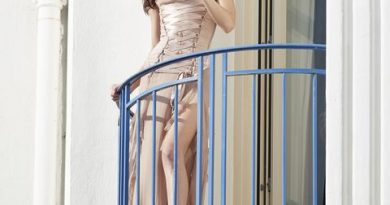 Bella Hadid Wore a Nude Corset Dress With a High Leg Slit on Her Balcony in Cannes, Because, Why Not?

The Evolutionary Theory of Tatiana Maslany