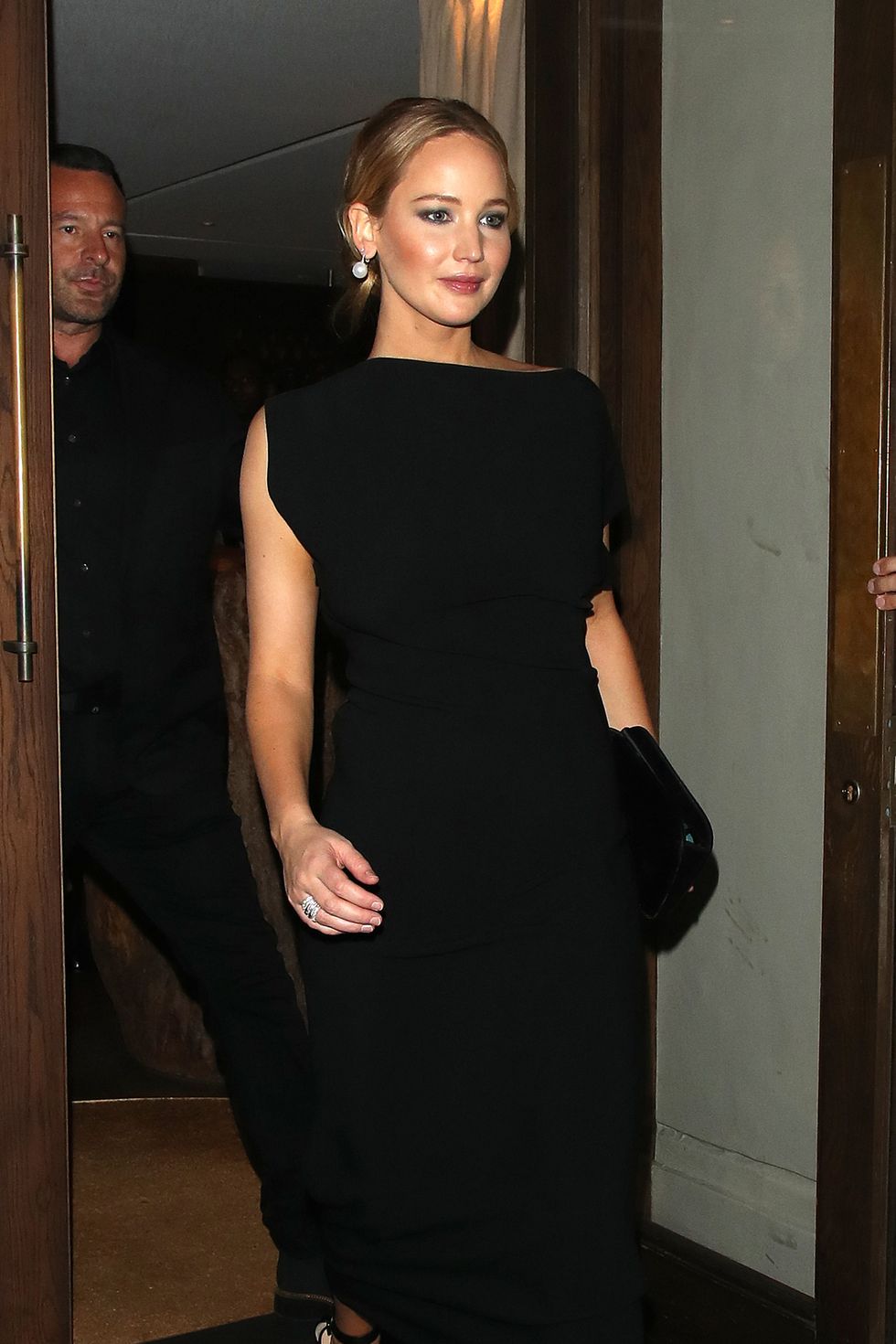 On Saturday night, Jennifer Lawrence stepped out of the May Fair Hotel in London wearing a slim fitting column dress in velvety black. The elegant sleeveless gown was paired with matching strappy high heel sandals and a small black clutch. Lawrence had her gleaming blonde hair swept up into a soft bun, and light makeup. For jewelry, she wore a pair of large drop earrings. 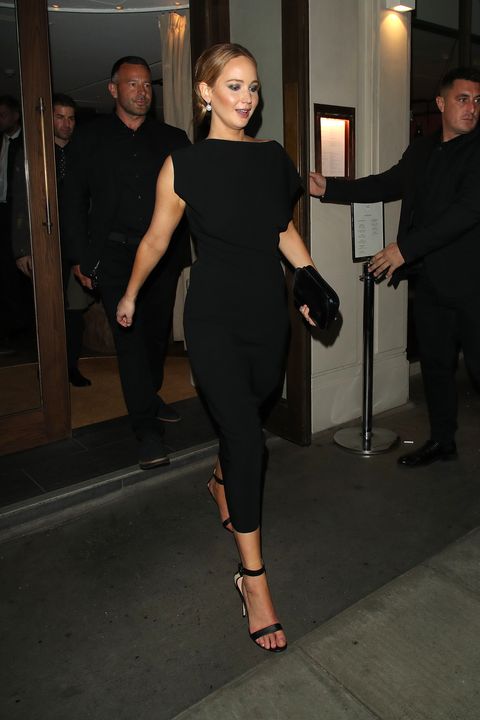 Lawrence has been promoting the release of her new film Causeway, and attended the movie’s premiere at BFI London Film Festival earlier that night. For the red carpet, she also chose a black gown, this one covered in sheer material that almost formed a cape, the fabric covering Lawrence’s arms and adorned in large pearls. The piece was from the Del Core Spring 2023 collection and she wore the elegant look with a pair of Gianvito Rossi Portofino Sandals. 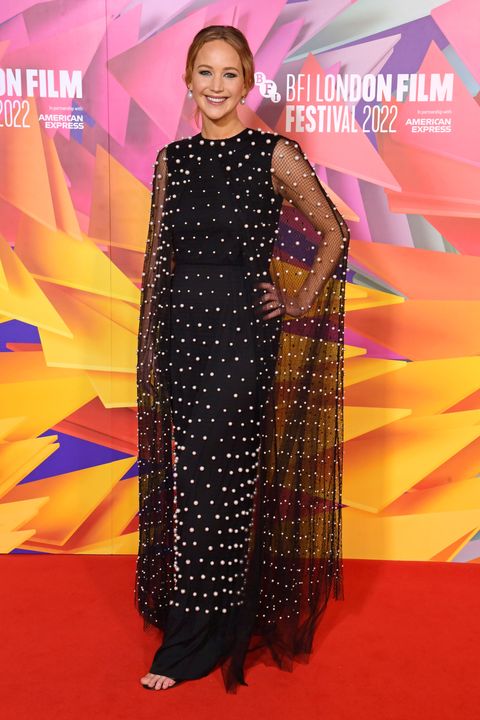 She was accessorized with what appeared to be the same pearl earrings, and a slightly smokey eye.

In a recent interview with Variety, Lawrence explained her brief time away from acting in recent years, saying that she experienced pretty severe burnout after filming The Hunger Games and becoming such a major star. The hit franchise was followed by an Academy Award-winning turn in Silver Linings Playbook. She ultimately starred in eight films between 2012 and 2015

“I think I lost a sense of control. Between The Hunger Games coming out and winning the Oscar,” she explained. “I became such a commodity that I felt like every decision was a big, big group decision.”

She continued, “When I reflect now, I can’t think of those following years, [because there was] just a loss of control.”

After 2019’s Dark Phoenix, she didn’t star in a film again until Netflix’s Don’t Look Up.

“It feels personal for me the first time in a long time,” she said.

In that time off, Lawrence had her first child with husband Cooke Maroney.

Finale recap: “The White Lotus” shows no pity for fools in love

Has the Delphi Murders mystery finally been solved?