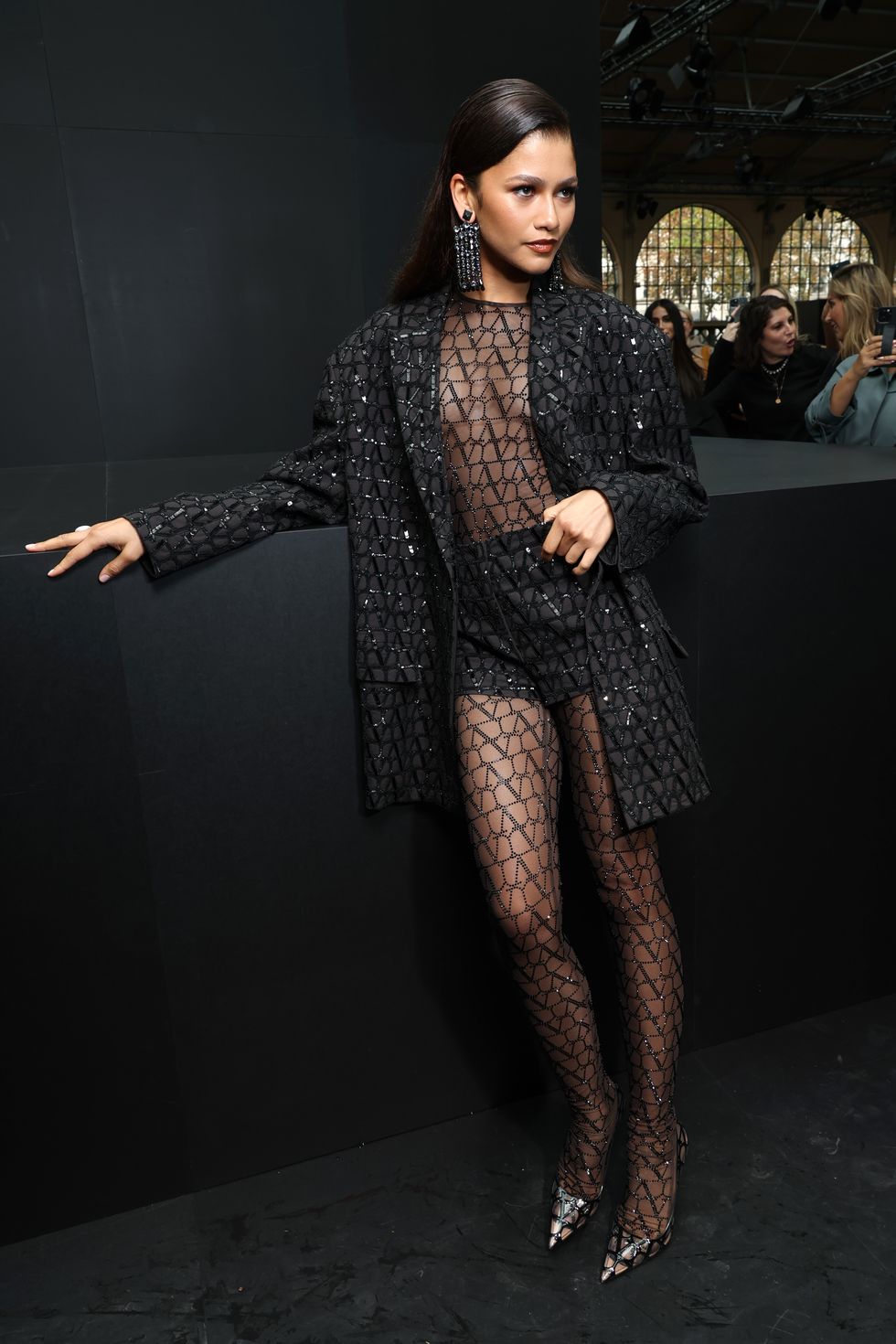 On Sunday, October 2, Zendaya made a stunning appearance at the Valentino spring/summer 2023 collection show during Paris Fashion Week and took a front seat to the runway. The Spider-Man star was wearing a sheer bodysuit covered in tiny crystals covering a pair of black short-shorts. Over the ensemble, she wore an oversized black blazer, also glimmering with sparkling sequins and patterned in the same alternate V-shapes as the sheer suit. 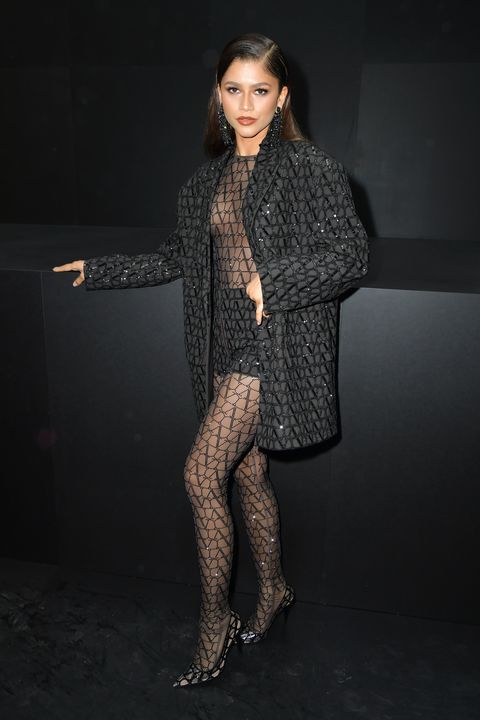 The suit seemingly went over her cream-colored heels with a pointed toe. She left her hair down her back and wore dangling black earrings and a silver ring for a little more glittering embellishment. She had a smokey eye with some rose tones and wore a pumpkin spice shade of lipstick. 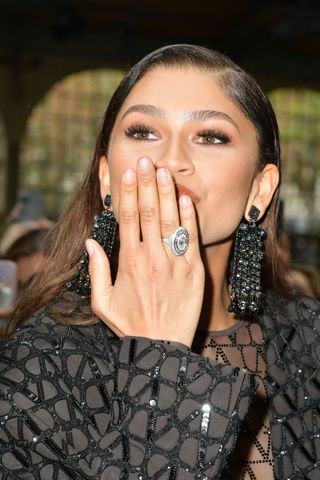 Zendaya was accompanied to the event by her longtime stylist, Law Roach, and model Naomi Campbell. The actress recently celebrated her birthday with Tom Holland in New York City, where they were joined for several events by her mother, Claire Stoermer. They also went to dinner with her Euphoria co-star Hunter Schafer. Zendaya and Holland were spotted just a week earlier in Budapest, enjoying some time on scooters together.

The couple were first rumored to have a romantic connection soon after meeting on the Spider-Man set in 2017, but generally kept things under wraps. Producer Amy Pascal even advised them to stay away from each other so as not to complicate things on set, but the young actors clearly didn’t take that advice.

They were eventually photographed kissing at a stoplight in Los Angeles in 2021, and have since openly admitted they’re in a relationship, though they tend to keep things mostly private. Holland, in particular, has been taking a break from social media for his mental health, though he has been prone to leaving cute comments celebrating his girlfriend on her Instagram page. 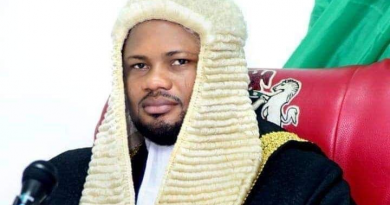 Marcus Onobun: A ‘Shy’ Speaker in the Limelight – Vanguard

Hawl-ing ass: Sen. Josh Hawley booking through Capitol on Jan. 6 is a big hit on Twitter