The “negative effects of online content” were a factor in the death of a girl who took her own life, an inquest has found.

Senior coroner Andrew Walker said material viewed by 14-year-old Molly Russell on social media “shouldn’t have been available for a child to see”.

Molly, from Harrow, viewed thousands of images of self-harm and suicide before she died in November 2017.

Mr Walker said: “It would not be safe to leave suicide as a conclusion.”

He told North London Coroner’s Court: “She died from an act of self-harm while suffering from depression and the negative effects of online content.”

In a statement after the coroner’s conclusion, NSPCC chief executive Sir Peter Wanless said: “This should send shockwaves through Silicon Valley – tech companies must expect to be held to account when they put the safety of children second to commercial decisions.

“The magnitude of this moment for children everywhere cannot be understated.”

Mr Walker said it was likely that the material viewed by Molly, who had a depressive illness and was vulnerable due to her age, “contributed to her death in a more than minimal way”.

The senior coroner, who described some of the content Molly saw as “most distressing”, will now compile a report outlining his concerns. He is to write to Meta – the owner of Instagram – and Pinterest, as well as the government and Ofcom.

The head of health and wellbeing at Meta, Elizabeth Lagone, and Pinterest’s head of community operations, Judson Hoffman, appeared in person to give evidence during the teenager’s inquest. Mr Hoffman conceded Pinterest was “not safe” when Molly used it, and said he “deeply regrets” some of the content the teenager viewed.

Ms Lagone said posts described by the Russell family as “encouraging” suicide or self-harm were safe, but conceded a number of posts shown to the court would have violated Instagram’s policies.

“Molly appeared a normal, healthy girl who was flourishing at school, having settled well into secondary school life and displayed an enthusiastic interest in the performing arts.

“However, Molly had become depressed, a common condition affecting children of this age. This then worsened into a depressive illness.

“Molly subscribed to a number of online sites.

“At the time that these sites were viewed by Molly some of these sites were not safe as they allowed access to adult content that should not have been available for a 14-year-old child to see.

“The way that the platforms operated meant that Molly had access to images, video clips and text concerning or concerned with self-harm, suicide or that were otherwise negative or depressing in nature.

“The platform operated in such a way using algorithms as to result, in some circumstances, of binge periods of images, video-clips and text, some of which were selected and provided without Molly requesting them.

“These binge periods, if involving this content, are likely to have had a negative effect of Molly.

“Some of this content romanticised acts of self-harm by young people on themselves. Other content sought to isolate and discourage discussion with those who may have been able to help.

“Molly turned to celebrities for help, not realising there was little prospect of a reply.

“In some cases, the content was particularly graphic, tending to portray self-harm and suicide as an inevitable consequence of a condition that could not be recovered from.

“The sites normalised her condition, focusing on a limited and irrational view without any counterbalance of normality.” 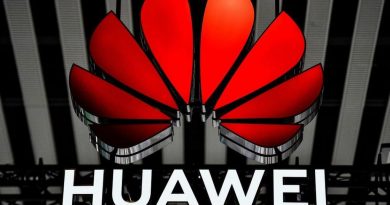