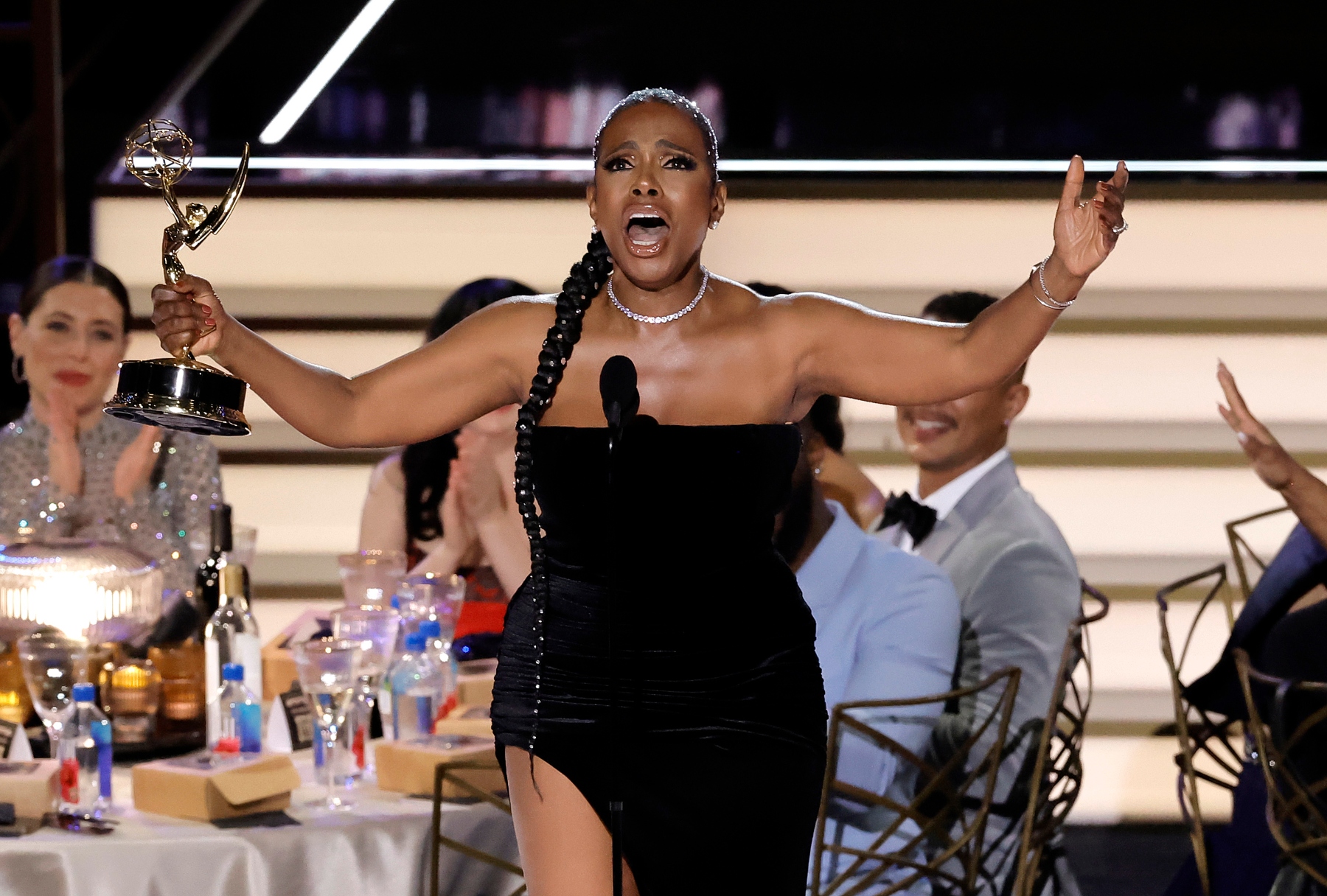 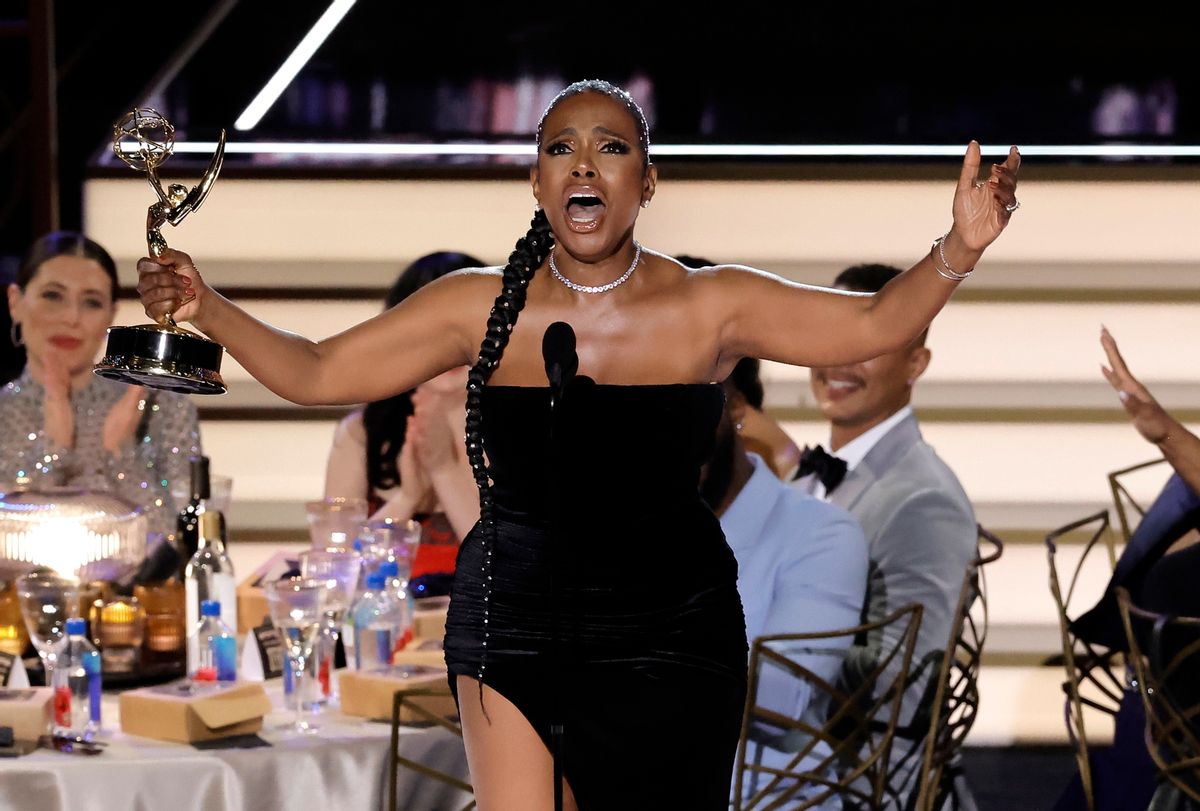 Around 45 minutes into its airtime, the 74th Emmy Awards ceremony was over. That was the moment “Abbott Elementary” star Sheryl Lee Ralph took the stage, gemstones sparkling in her hair, and accepted the Emmy for best supporting actress in a comedy by effortlessly belting out a lyric from Dianne Reeves’s 1993 scorcher “Endangered Species.”

“I am an endangered species,” she sang, “But I sing no victim’s song/ I am a woman I am an artist/ And I know where my voice belongs.” One imagines her voice vibrating the very molecules inside the Microsoft Theater in Los Angeles, the host venue for the show. Fortunately for the relatively few million of us watching at home, Ralph’s joy was radiant enough to leap through the screen, demanding that we appreciate the wonder of that moment. Her moment.

Not only did she become the second-ever Black woman to win this award, following in the footsteps of Jackée Harry, who won in 1987 for her work on NBC’s “227,” but this Emmy represents only the second time Ralph has won major industry recognition in her four-decade career.

“To anyone who has ever, ever had a dream and thought your dream wasn’t, wouldn’t, couldn’t come true, I am here to tell you that this is what believing looks like. This is what striving looks like. And don’t you ever, ever give up on you,” Ralph said, before thanking the people who mattered most to her.

As far as many folks were concerned, that was all we needed to see. Nothing in the Emmys telecast would top Ralph, who came, saw, and slew; game over. Even Lizzo, who was set to present the next category, recognized it would be a challenge to meet the high bar Ralph set or top it.

Understandable, since everything that came before Ralph and much of what followed was predictable, barely memorable, and made a person question why we chose to end our Monday by watching NBC’s Emmys telecast. (The awards show rotates between broadcast networks and usually airs on a Sunday, but NBC airs its Emmys telecasts on Monday to steer clear of Sunday Night Football.)

At a time when millions of us are evaluating our relationship with the status quo, shouldn’t we also reconsider awards how telecasts are executed?

Much about the TV industry has changed over the last five years, a transformation accelerated by the pandemic, a worldwide human event that produced a surge in TV viewing. But those elevated viewership numbers did little for awards telecasts, whose ratings trended downward save for a small uptick for the Emmys last year when the telecast saw a 23 percent improvement over the numbers for 2020, aka the Pandemmys.

It also makes us contemplate whether awards shows have any use to the average person. Never mind the question of whether the Oscars, Globes and Emmys are better with a host or without. Maybe it’s time to ask what hours’ worth of industry self-congratulation has to do with our lives. At a time when millions of us are evaluating our relationship with the status quo — whether that applies to our work, our families or our politics — shouldn’t we also reconsider how awards telecasts are executed? Do we need to sit through any more toothless monologues, dull sketches and the long parade of categories?

Really, all we really want is to see Ralph sing her heart out, or Jennifer Coolidge, who won for her work in “The White Lotus,” playfully wiggle to “Hit the Road, Jack” instead of leaving when her appointed time was up.

The value of any awards show is in spontaneous moments like these, although such happenings are always a matter of luck, and usually reliant on Emmy voters defying longstanding voting habits, which they don’t typically do.

This year’s winners in the top categories prove this. Last year’s best comedy winner “Ted Lasso” took that award again. “Succession” dominates all corners of life when its season is airing, which also made its repeat win in the Best Drama category a guarantee, giving HBO its sixth win in the category in the last eight years.

Don’t get me wrong — we love those shows. But this is yet another year when voters could have rewarded creative swings like “Squid Game” or “Severance,” or a phenomenal network sitcom like “Abbott Elementary,” and didn’t.

Instead, there were many of the usual wins within a wash of forgettable bits, plus the odd advertiser-sponsored skit, stacking the show with a lot of detritus to sort while waiting for treasure to bob to the fore.

With Instagram, Twitter and TikTok serving up celebrity fashion all day, every day, and the titanic surge in content on TV and for theatrical release, the appeal of award shows has dwindled.

Before Ralph’s moment, a person might have been on the verge of nodding off or turning the channel. And once her glorious but brief center stage moment came and went, there were still more than two hours of the show to go.

The obstacle lies in our patience for putting up with the mechanics of Hollywood self-congratulation. Years ago, industry awards shows were like unofficial holidays for people who loved glamour, fashion and Hollywood mystique. The Oscars, Emmys and Globes themselves are measuring sticks for industry professionals above all.

We, the plebes on the couch, watch for the red carpet looks, gossip fodder and for the possibility of shock or excitement — which, as this year’s Oscars reminded us, tend to manifest in ways nobody wants.

But with Instagram, Twitter and TikTok serving up celebrity fashion and influencer looks all day, every day, and the titanic surge in content on TV and for theatrical release, the appeal of award shows has dwindled. Nowadays, aside from a few exceptional productions, live awards shows are endeavors to be endured instead of lightly enjoyed.

This is why NBC’s choice to forego airing the 2022 edition of the Golden Globes in light of the Hollywood Foreign Press Association’s miserable record of inclusion didn’t cause much of a stir.  Those who did notice its absence were probably relieved to have their time back.

Nevertheless, if there is a point in putting up with awards shows, it is the opportunity to witness strides being made through artists and the performances we endured. Almost every one of them makes some history, and to their credit, the producers of the 74th Emmy Awards did what they could to get out of the way of those moments. Speeches were kept relatively brief by showing the list of people the winners wanted to thank in a bottom-of-the-screen banner while they were talking.

Due to its stringent approach, the show ended more or less on time, better allowing us to appreciate the victories that made us sit up and take notice, such as “Euphoria” star Zendaya becoming the first Black woman to win lead actress in a drama series twice along with becoming the youngest two-time winner of any Emmy ever.

“Abbott Elementary” creator Quinta Brunson became the second Black woman to win the Emmy for best writing in a comedy after Lena Waithe’s 2017 win for “Master of None.” This would have been another wonderful moment of Brunson’s making, if not for co-presenter Jimmy Kimmel committing too hard to a bit and pretending to remain passed out onstage as she accepted.

“Squid Game” star Lee Jung-jae’s win for best actor in a drama series made him the first Asian man to win in the category as well as the first winner from a show whose primary language is not English. And these solid wins give faces to the industry’s attempts to change, limited though they may be.

On the other hand, they also occurred during an awards show whose writers wrote, and made announcer Sam Jay say out loud, “Here are two cops no one wants to see defunded” to introduce “Law and Order” stars Mariska Hargitay and Christopher Meloni.

If there is one reason we haven’t quite outgrown awards shows like the Emmys, it is because they still make room for the overlooked like Ralph, a Broadway legend who deserved a Tony for her nominated performance in “Dreamgirls” and has appeared in many TV shows over the years. Monday, finally, she got her gold.

Eventually so did Lizzo, who snagged the Emmy for outstanding competition program for her Amazon show “Lizzo’s Watch Out for the Big Grrrls,” breaking the streak established by “RuPaul’s Drag Race.”

“When I was a little girl, all I wanted to see was me in the media,” she said while holding back tears. “Someone fat like me, Black like me, beautiful like me. If I could go back and tell little Lizzo something, I’d be like, ‘You’re going to see that person, but b***h, it’s going to have to be you.'”

If you had turned off the Emmys after Ralph’s celebratory singing, you would have missed Lizzo’s triumph. But even after she’d left the stage, there was still more than half of the show to go. Or a viewer could have cut the scene at that moment and gotten what we needed, which is the joy of witnessing wishes come true and taking hope in inspiration.

As for the rest of it, reading the winners’ lists the next day takes up a lot less time. 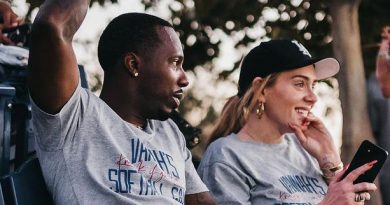