Chinese internet giants including Alibaba, Tiktok-owner ByteDance and Tencent have shared details of their algorithms with China’s regulators for the first time.

Algorithms decide what users see and the order they see it in – and are critical to driving the growth of social media platforms.

They are closely guarded by companies.

In the US Meta and Alphabet have successfully argued they are trade secrets amid calls for more disclosure.

The Cyberspace Administration of China (CAC) has published a list with the descriptions of 30 algorithms.

In a statement it said that its algorithm list would be routinely updated in a bid to curb data abuse.

Among the listed algorithms is one belonging to e-commerce website Taobao, owned by Alibaba.

The Mandarin document said Taobao’s algorithm “recommends products or services to users through their digital footprint and historical search data.”

“It doesn’t look like the algorithms themselves have been submitted,” she told the BBC.

“Each one of these algorithms has been given a registration number, so the CAC can focus enforcement efforts on a particular algorithm. The question is, what is the next step to seeing if an algorithm is up to code?”

However, Zhai Wei, an executive director at the Competition Law Research Center at the East China University of Political Science and Law, believes the information provided was “much more detailed than what was published for sure”.

“That involves some business secrets, which is not possible to be released to the public,” he told Bloomberg.

ByteDance declined to comment when approached by the BBC on Tuesday.

Alibaba and listed technology firms Tencent, NetEase and Baidu did not immediately respond to a BBC request for comment.

This move is ultimately about control.

China has the largest base of internet users in the world, and is a massive market for e-commerce, gaming and smartphones. And so, technology companies operating there have expanded exponentially in recent years.

Beijing is fiercely protective of the technology behind these companies, and doesn’t allow the export of it beyond its shores.

But it’s concerned about how these platforms can influence public opinion within China, and prefers to have more oversight over their technology and data. It wants to redirect people’s attention to content that the state thinks is fit for public consumption.

Beijing has urged service providers to ensure algorithms “actively spread positive energy”, and are not used to encourage indulgences, excessive spending and exposure to celebrity culture.

International brands like Google and Facebook have been under pressure to submit this kind of information over concerns about how they use data and curate content, but they have resisted until now, saying that algorithms are business secrets.

Chinese regulators have been tightening their grip on the technology sector for nearly two years now.

The country adopted new rules for algorithms in March – which allow users to opt out of contributing to recommendations.

It also required algorithms with “public opinion properties or social mobilisation capabilities” to register with the CAC.

Ms Schaefer said it was “remarkable” that the registrations were made public. 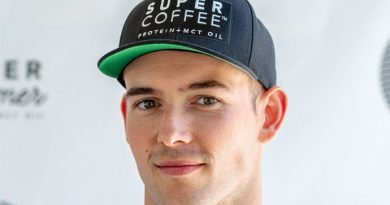