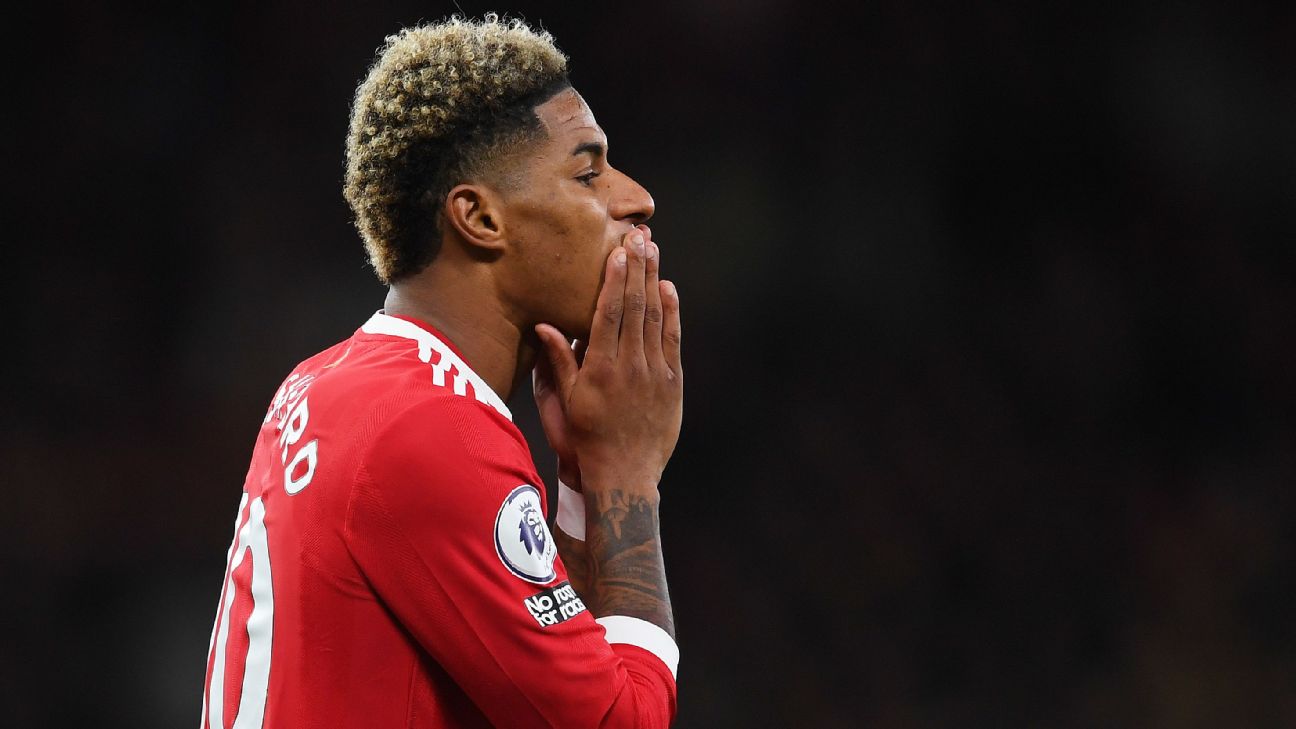 Marcus Rashford will not leave Manchester United this summer despite interest from Paris Saint-Germain, sources have told ESPN.

United have issued a hand-off warning after it emerged Rashford’s representatives met PSG chiefs in Paris last week to discuss a potential move.

The French side are looking to sign a forward before the close of the transfer window and have made Rashford one of their top targets. But sources have told ESPN that United have no intention of entering negotiations or entertaining bids.

The 24-year-old has a year left on his contract at Old Trafford, plus the option of another season, meaning United can keep him at the club until 2024.

Sources have told ESPN United are keen to agree a new contract with the England striker.

Rashford and his representatives, according to sources, have been aware of interest from PSG dating back to when Mauricio Pochettino took over as manager in January 2021. PSG have indicated they would be willing to hand Rashford a significant pay rise but there has been no contact with United over a potential fee.

Sources have told ESPN the Ligue 1 champions value Rashford at around £60 million while United’s valuation is likely to be more than double that, and in excess of £120m.

Rashford has been central to Erik ten Hag’s plans throughout the summer and started the 2-1 defeat to Brighton on the opening weekend of the season.

Ten Hag is looking to bolster his forward line before the transfer deadline and is keen to land a versatile winger and a back-up striker.

MLS Watchability Rankings: The most entertaining clubs, and their European equivalents

World Cup Stock Watch: Who’s hot and who’s not ahead of Qatar 2022