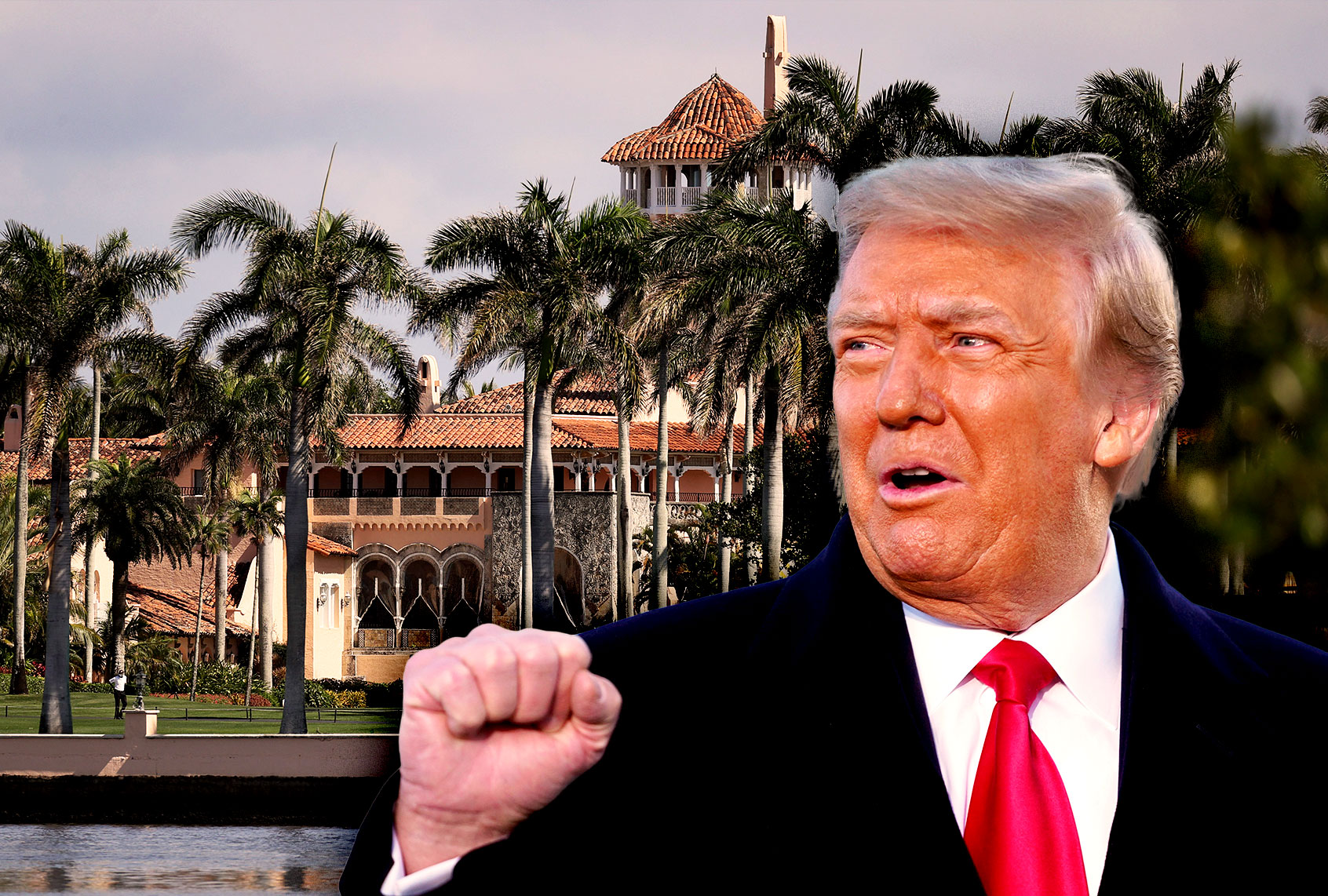 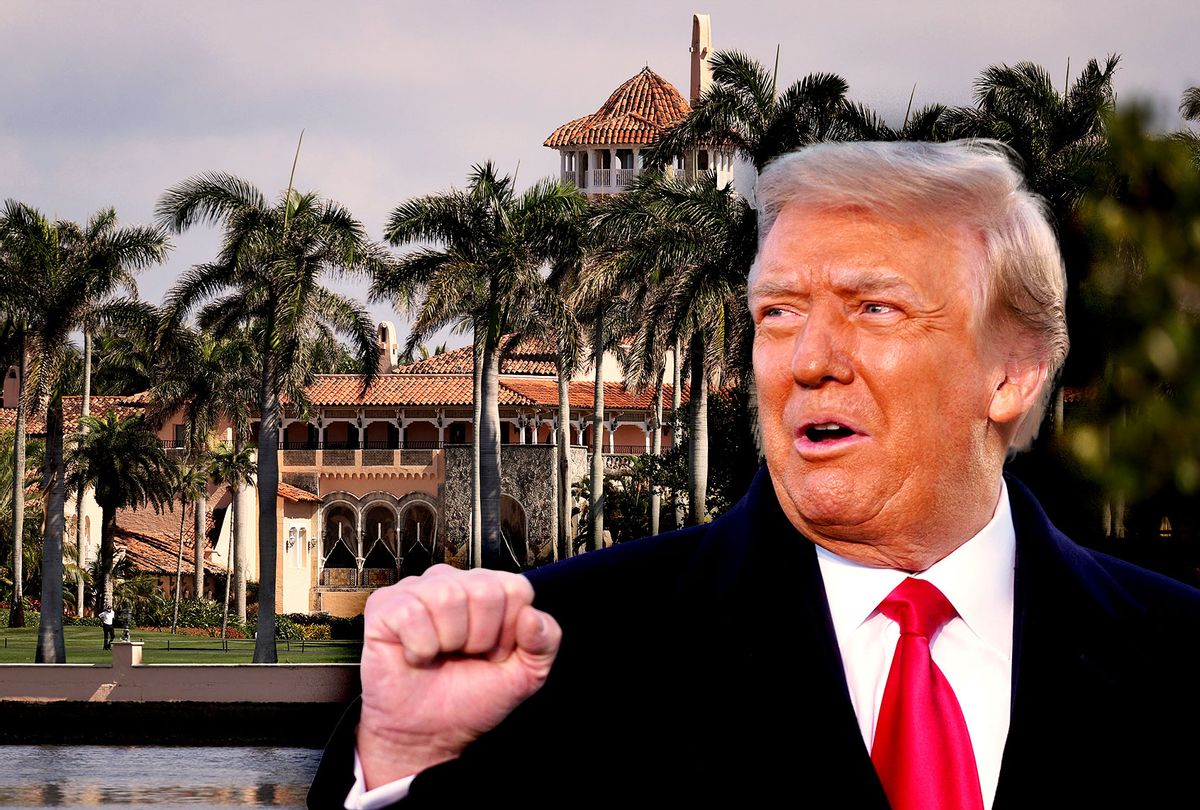 Federal agents on Monday descended on Trump’s Palm Beach resort and executed a search warrant at his residence. Media reports suggest the search was linked to the 15 boxes of White House materials, some of which were classified, that were seized from Mar-a-Lago earlier this year.

Trump announced the raid in a statement, saying that his “beautiful home” was “under siege, raided, and occupied by a large group of FBI agents.”

“They even broke into my safe!” Trump complained, alleging “prosecutorial misconduct, the weaponization of the Justice System, and an attack by Radical Left Democrats who desperately don’t want me to run for President in 2024.”

Legal experts have said for months that Trump likely violated laws by removing classified material from the White House and the Justice Department would have required extensive evidence that a crime likely occurred in order to obtain the warrant. But Trump and his allies reacted to the raid by attacking federal law enforcement — with some even calling to “defund the FBI” — and fundraising off the raid.

Trump’s Save America PAC sent out a fundraising text on Tuesday morning.

“It’s time for EVERY PATRIOT to step up and stand against the Left’s reckless WITCH HUNTS and political persecution of President Trump!” the landing page soliciting donations says. “Please rush in a donation IMMEDIATELY to publicly stand with President Trump against this NEVERENDING WITCH HUNT!”

The Republican National Committee wasted no time Monday night using the raid to solicit donations, sending out a text linking to their WinRed page.

“THIS IS NOT A DRILL: UNPRECEDENTED move Biden’s FBI RAIDS Pres. Trump’s home. Time to take back Congress,” the text said.

“Never has there been a more important time to take back our country and STAND FOR FREEDOM,” the landing page says. “We’re counting on YOU! Donate ANY AMOUNT RIGHT NOW to show your support for the GOP to take back Congress and STOP JOE BIDEN.”

“This is OUTRAGEOUS, Fellow Conservative!” the email said. “Joe Biden’s Deep State has WEAPONIZED the FBI and Department of Justice to hunt down President Trump and destroy its political enemies. This is what happens in third world countries! This is the stuff of dictatorships — we cannot let Joe Biden and his FBI cronies get away with their shameful act of political persecution!”

Some Republican Trump allies also used the raid to solicit money for their own campaigns.

“The Biden administration, the Justice Department, and the FBI are all DERANGED,” the campaign said in a text message. “Joe Biden’s administration is falling apart and Merrick Garland is still bitter about being DENIED a spot on the Supreme Court — so they’re going after President Trump! This is NOT a DRILL. Joe Biden is ATTACKING President Trump for STANDING UP for US.”

“While Hillary Clinton was allowed to delete 33,000 emails and get away with it, President Trump has become a target because of his outspokenness against the DC establishment,” the email said. “Well it’s time for us patriots to fight back and defend President Trump’s legacy. I’m calling on all Trump supporters reading this email to sign their name and END THE WITCH HUNT AND DEFEND PRESIDENT TRUMP!”

“The Republican Party is fundraising off of the leader of their party having his home raided by the FBI,” tweeted Democratic strategist Sawyer Hackett. “This is their message to midterm voters.”

Other critics slammed the GOP for stoking feigned outrage amid growing concerns of violence from Trump supporters.

Everyone within the GOP framework, save for a small cadre of true believers, understands full and well the search at Mar-a-Lago was legal and necessary. They’re simply pretending to be outraged to drive fundraising and bolster support heading into midterms,” tweeted Jared Yates Sexton, an author who tracks right-wing extremism. “The GOP outrage is performative, which would be disturbing by itself but is exponentially worse considering the conspiracy theories and radicalizing rhetoric has already motivated violence. They are, once more, playing with fire here, and they are choosing consciously to do so.”

about the FBI’s raid on Mar-a-Lago