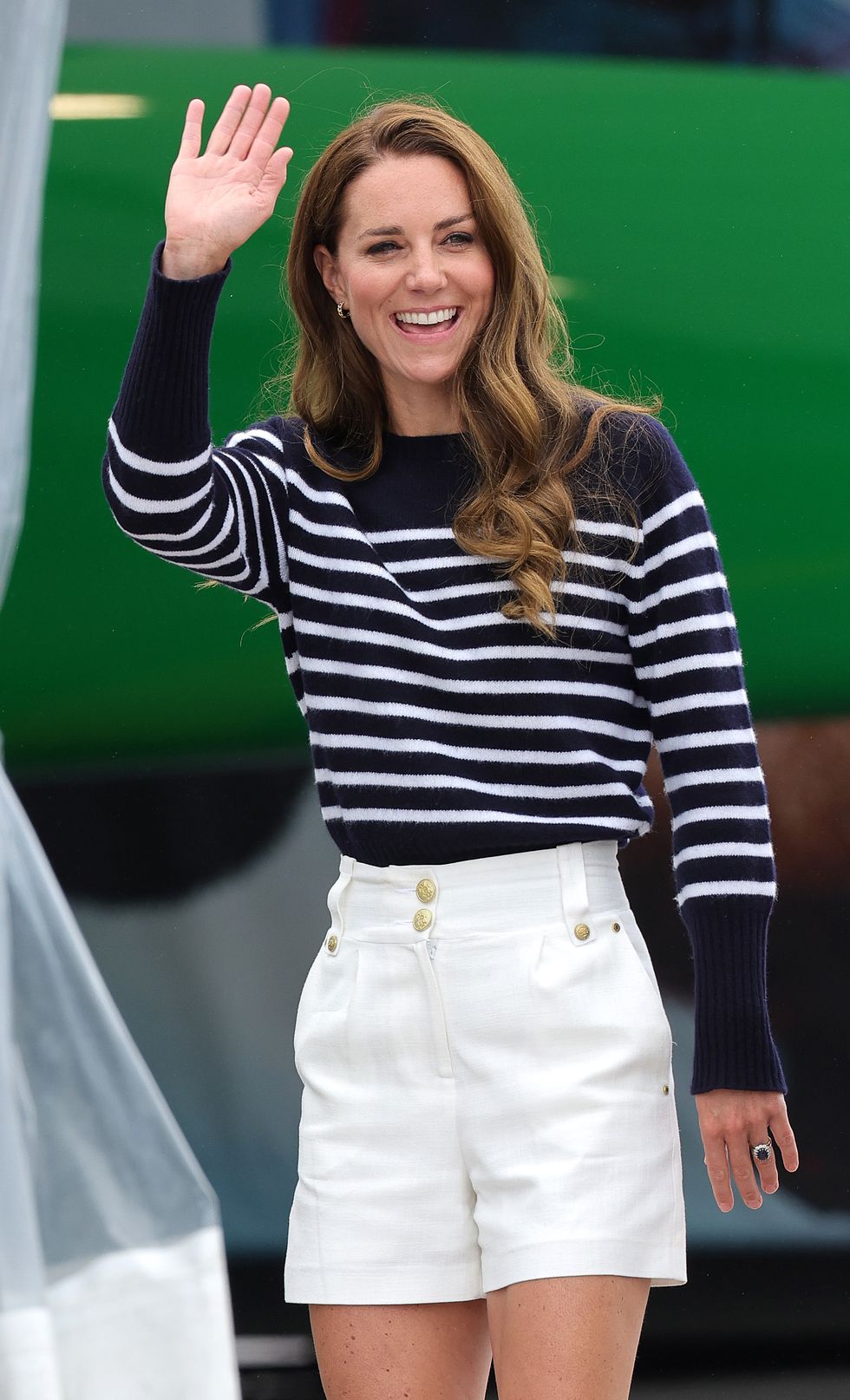 On Sunday, Kate Middleton traveled to the historic naval town of Plymouth for the Great Britain Sail Grand Prix. She stayed on theme for meeting with Team Great Britain in a striped navy blue and white sweater in a nautical style. She wore it with a pair of high-waisted white linen shorts with gold buttons and white boat shoes to match. 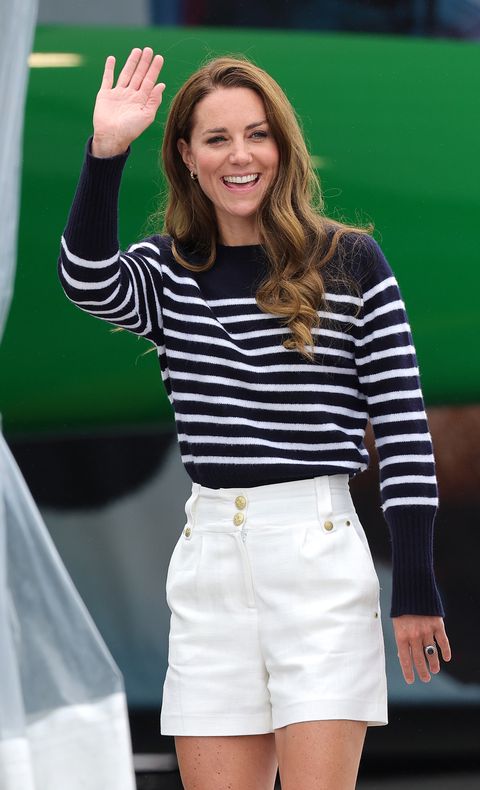 She left her long hair down and wore a pair of small gold earrings. She then changed into an official GBR wetsuit and pulled her hair back into a practical ponytail with a gray baseball cap. 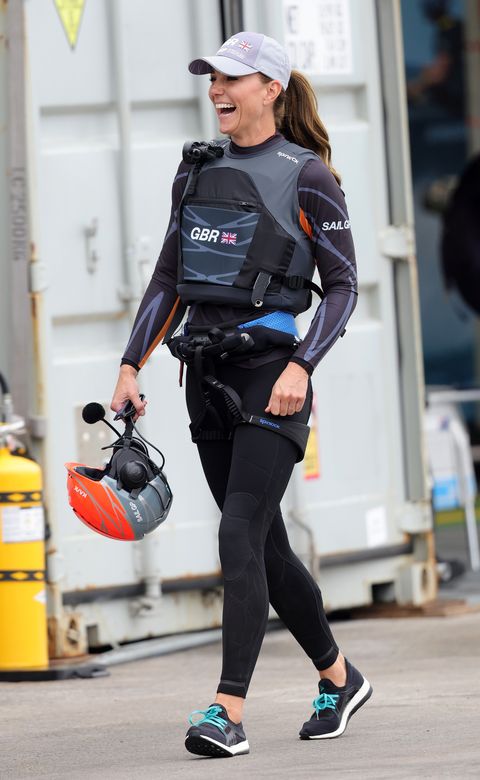 The Team is racing against New Zealand for the “Commonwealth Race” that travels around the south coast of England. She raced with Olympian Sir Ben Ainslie, who she met at the London 2012 Olympics for the first time.

The catamaran race includes a group of young sailors who are taking part in the 1851 Trust, which was co-founded by Ainslie, and connects young folks to STEM and sustainability efforts through sporting events. Kate is one of the Trust’s royal patrons.

She’s also an avid sailor in her own right, and has even raced her husband, Prince William, during the King’s Cup in 2019. The couple has also been working on passing the love of sailing down to their children, Prince George, 9, Princess Charlotte, 7, and Prince Louis, 4.

“They are very much a family of sailors now,” a source told Vanity Fair. “Kate has always been a competent sailor, and William’s pretty good too. They have enjoyed some wonderful time on the coast this summer sailing and showing the children how to steer and sail a boat.”

The kids love attending other types of sporting events with their family as well, and this weekend, Charlotte cheered on the Lionesses who are competing in the Euro 2022 final at Wembley against Germany.

As we enter the final quarter of 2022, the effects of the pandemic still linger nearly three years later. And