The Catholic Bishops’ Conference of Nigeria (CBCN) and priests from various archdioceses and dioceses across the country have raised the alarm over the incessant kidnapping and killing of priests in the country.

The President of the Catholic Bishops Conference of Nigeria and Archbishop of Owerri, Most Revd (Dr) Lucius Ugorji and some Catholic priests raised the alarm in separate interviews with Saturday Sun.

Priests of the Catholic Archdiocese of Abuja, the nation’s capital, also spoke with Saturday Sun in separate interviews. Their views were not in anyway different from those of their fellow priests across the country.

In recent times, the Catholic Church has witnessed the kidnapping and in some instances, killing of priests. Saturday Sun gathered from the Catholic Secretariat that some of the affected archdioceses and dioceses include Sokoto, Kaduna, Uromi, Auchi, Abeokuta, Issele-Uku, Otukpo, Minna, Pankshin, Ondo, Kafanchan, Zaria, Kano, Abuja, Lokoja, and Jos.

Also on the list are Enugu, Orlu, Maiduguri, Owerri, Kotangora and Ijebu Ode.

The Catholic Archdiocese of Kaduna, had in a statement released last Sunday by its chancellor, Very Revd Fr Christian Emmanuel, said that Revd Fr. Vitus Borogo was killed at Prison Farm, Kujama, along Kaduna-Kachia road, after a raid on the farm by terrorists. Aged 50 years, Borogo was until his death the Chaplain of the Catholic Community of the Kaduna State Polytechnic, and the Chairman of the Nigerian Catholic Diocesan Priests Association (NCDPA), Kaduna Chapter.

In quick succession, Revd Fr Christopher Odia, a priest of the Catholic Diocese of Auchi, was kidnapped in his rectory while preparing for Mass.

The Director of Social Communications, Catholic Diocese of Auchi, Revd Fr Peter Egielewa, in a statement issued in Auchi, Edo State, said Odia was killed by his abductors after being kidnapped in the morning of 26th June, 2022, at about 6.30am in his rectory while coming out to go for Sunday Mass at St. Michael Catholic Church, Ikabigbo, Uzairue, Edo State.

Archbishop Ugorji told Saturday Sun that given the increasing number of priests that have been killed or kidnapped in different parts of the country in recent times, it is evident that Catholic priests are targets.

The immediate past Bishop of the Catholic Diocese of Umuahia, however said the faceless, bloodthirsty terrorists responsible for such dastardly acts were making a mistake if they think they can intimidate or silence the church by unleashing horrendous terror on her leaders.

Ugorji said: “The church cannot be cowed into silence.  It will always rise to condemn evil and defend the rights of the oppressed and socially deprived.

“Given the huge resources and intelligence service at the disposal of government, government cannot be said to be powerless in the face of terrorists activities in the country. Rather, it is actively conniving at it and takes full responsibility for the killing of unarmed innocent citizens.”

Ugorji further wondered how the government could explain its inability to unmask the terrorists or disarm them.

Ugorji added: “How can a government that was able to arrest the IPOB leader in a far away country not be able to arrest and prosecute terrorists who freely operate within the country? Government should rise to its constitutional responsibility of securing the lives and property of its citizens. Where it fails to do so, it is encouraging her citizens to resort to their right of self-defence, which is a pathway to total anarchy.”

However, a priest of the Catholic Diocese of Auchi, Revd Fr. Polycarp Imoagene, said he does not feel he is being targeted specially.  He however told Saturday Sun that he feels he is a member of an endangered species.

Proffering solution to the menace, Imoagene said the situation could be solved via self and community help.

Also speaking with Saturday Sun, a priest of the Catholic Archdiocese of Kaduna, Revd Fr George Odafe, said priests are being specifically targeted for decimation.

Odafe said: “Yes, we are an endangered species. I guess the bandits have been made to understand that the priesthood is the mitochondria and revolving point of the church’s life. Cutting off the priesthood will encourage the exponential decline of Christianity in Northern Nigeria. I guess it is because the Islamic leadership in the North has probably realised that Christianity is not in small numbers as they thought and propagated. Gombe State has a huge number of Christians. Plateau, Benue and Taraba are predominantly Christians. There might in reality be a pari-division between Christians and Muslims in Kaduna State. The Muslims have used political structures to dominate. But Christians still are growing among the natives in Borno, Katsina, Kebbi, Zamfara, Kano, etc. Natives of those states are becoming priests and bishops. So, they designed these attacks to slow the spread of Christianity.”

Odafe further said the solution to the problem is in the hands of government.

Said he: “Government knows who they are and knows how to deal with this problem, but it is not interested in doing so. Except if they want people to take arms and defend themselves. Government has to urgently act. The level of breakdown describes Nigeria as a failing state.”

On his part, a priest of the Catholic Archdiocese of Jos, Revd Fr Stephen Akpe, said he is being reminded of the book, ‘Ovoramwen Nogbaisi’ which he read while in junior secondary school.

“It is a story of how the British Government conquered and exiled the King to Calabar and the story ends with these salient words: ‘when mother hen is taken away, her chicks would scatter,’” Akpe said.

The Assistant Coordinator, Justice Development and Peace Commission (JDPC), Catholic Archdiocese of Jos further said as a young priest during the Jos crisis, he was called the native doctor of infidels.

“I will lean on the pieces of advice of our bishops and my experience as a development practitioner, namely introduce early warning systems: be vigilant, restrict movements, report suspicious people, engage the vigilantes, secure whistles, beef up parish securities, and finally rely on prayers, the help of God,” Akpe, a Ph.D Candidate in Mediation and Conflict Resolution, Euclid University,  USA said.

“Recent events across the country suggest nothing to the contrary. There have been several incidents of clergymen either kidnapped or even killed and we sometimes get more than one of such occurrences in one day. So it won’t be out of place to say that priests are now an endangered species.

“It is not really a case of the government being powerless. It is actually more about not having the political will to tackle the problem headlong. A government that is missing in action while the citizenry are being killed on a daily basis in unprovoked attacks is unarguably guilty of either sheer bad will or complicity. That’s the bad situation we’ve found ourselves in.”

Also speaking, a priest of the Catholic Archdiocese of Abuja, Rev Fr. Oluoma John Chinenye, said: “I honestly don’t know what to say beyond what’s obvious. Priests are not immune to what has afflicted the society. Obviously, Nigeria is plagued by insecurity and it’s affecting everyone, including the priests who also live with the people in the same society.

“So, the first reason Catholic priests are attacked and killed in some cases is, perhaps, because of the heightened insecurity in Nigeria which everybody is potential victim of, in addition to failure of government which could be seen in every area of our national life, particularly the economy.”

On his part, Rev Fr. Mike Umoh, of the Catholic Secretariat of Nigeria (CSN), said the government should be in a better position to answer the question why Catholic priests are now the targets of armed non-state actors.

Umoh said: “Not only that priests are attacked; Christians, Catholics, Nigerians are all under this unending attacks. The government is in the best position to explain to Nigerians what is happening to Nigeria. It’s simply a general disaster.”

The Superior of the Oblates of the Blessed Virgin Mary, Very Revd Fr. Paul Ubebe, also said it is a challenging time, not only for Catholic priests, but the entire Christian faith and the entire nation.

Ubebe however called on the people to rise up and participate in the on-going electoral process that would herald the emergence of new political leaders in 2023, to avoid the horrible experience of last seven years.

In his contribution, the Director, Social Communications, Catholic Diocese of Sokoto, Revd Fr Chris Omotosho, recalled that the recent kidnap in Sokoto Diocese took place on the 25th of May 2022.

Omotosho said prior to the incident was the attack on St. Vincent Ferrer Catholic Church, Malunfashi, on the 21st of May, 2021 (approximately a year) where Frs Joe Keke and Alphonsus Bello were kidnapped.

Omotosho said: “Fr. Bello was killed and dumped in the farm behind the church. In my direct conversation with Fr Stephen Ojapa, MSP (just released from captivity), it is obvious that he was the prime target. This act was done by Fulani Muslims. These Fulanis do not know Fr Ojapa nor any of those picked along with him. When they came in, their question was “Who/Where is Fada”? They don’t know anything about him, but he was sold out by someone who knows him. So, Fr Stephen Ojapa was their prime target.”

Omotosho however said the situation could be solved by remaining very resilient and prayerful.

“If you think you can defend yourself, feel free, but know that even if they don’t succeed on the first attempt, they’ll come back more fortified. We need a radical change, a revolutionary street and people’s president that will change the face of Nigeria,” he said. 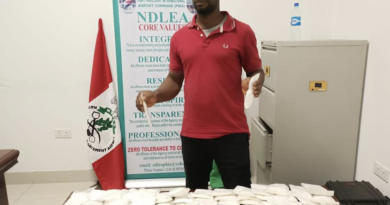