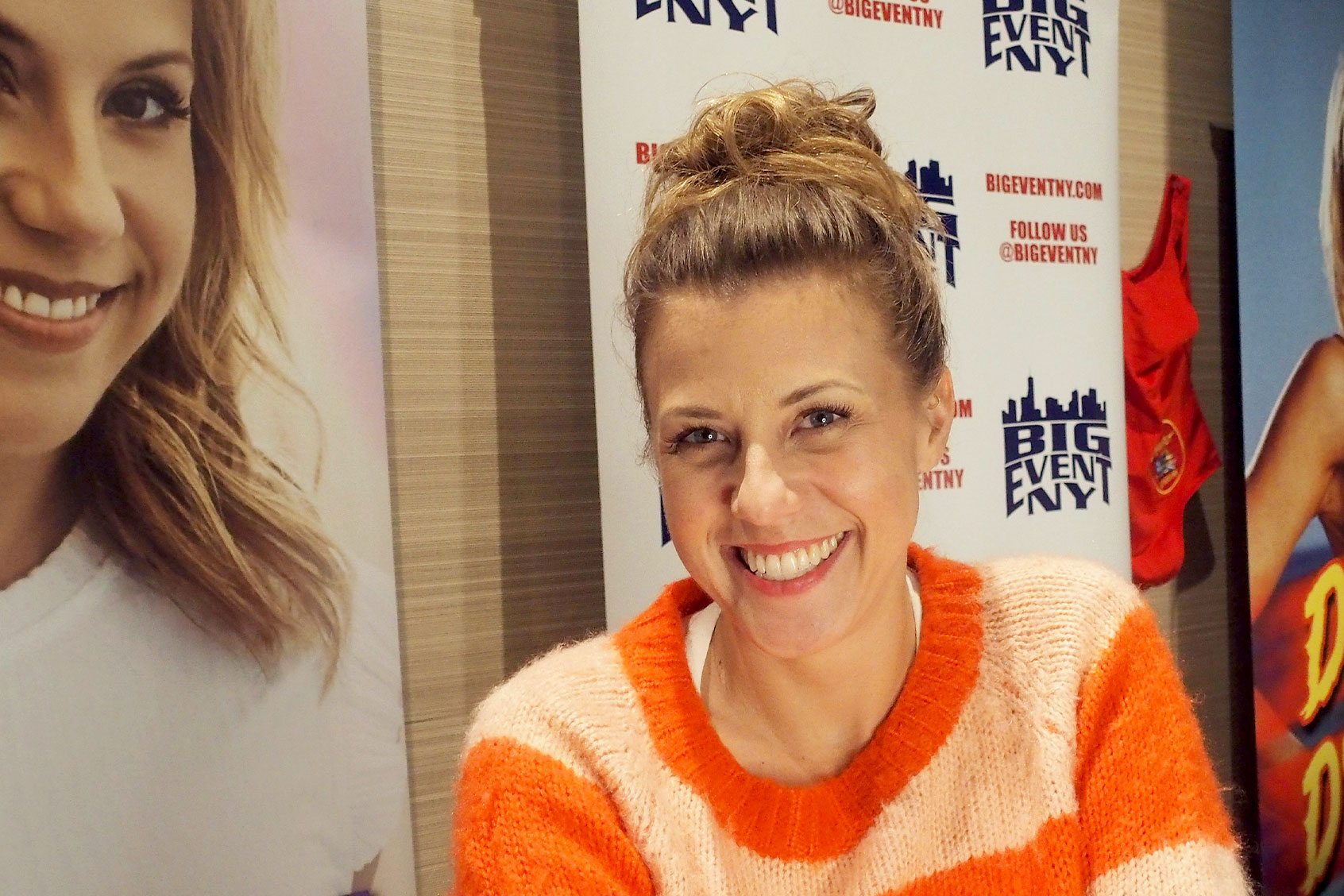 Yes. The actor, known for her work as a child star on the hugely popular sitcom “Full House,” was speaking into a megaphone, addressing the crowd who had gathered on a freeway to protest the Supreme Court overturning the landmark 1973 Roe v. Wade ruling, which ensures safe and legal abortion. When Sweetin apparently got too close to a line of LAPD officers for their comfort, several officers shoved her violently. On video footage, she can be seen being pushed forcefully by the police, and landing on her side on the concrete several feet away. Sweetin is helped up by fellow protestors and gets back on her feet quickly, although she appears unsteady.

In a statement published in People, the LAPD wrote “The force used will be evaluated against the LAPD’s policy and procedure.”

RELATED: What made Bob Saget’s Danny Tanner so different from other sitcom dads

A representative for Sweetin told People she was all right after the police altercation. In a statement, Sweetin said she felt proud of the many people who have taken “immediate action to peacefully protest the giant injustices that have been delivered from our Supreme Court.”

Sweetin didn’t stop there. The day after the incident, she appeared on the E! News program “Daily Pop,” where she said she wanted the focus not on what happened to her, which she called “a very minor incident of police brutality” but on reproductive rights and violence by the police in general, firmly stressing that these issues impact families of color, queer and trans families the most.

Now 40, Sweetin was adopted and raised by family members as both her biological parents were incarcerated at the time of her birth. She started acting in commercials, but her big break came with “Full House,” which starred Bob Saget as the widowed father of three girls, including baby Michelle, played by twins Mary-Kate and Ashley Olsen.

Sweetin played the middle sister of the family, Stephanie, an upbeat, talkative and sometimes mischievous child, known for her dimpled smile and love for her teddy bear, Mr. Bear. “Full House” ran from 1987-1995 and was a hit, anchoring ABC’s TGIF lineup.

After the show ended, Sweetin, like many child stars, struggled. She married young, wedding a police officer when she was only 20 years old. They divorced several years later. Sweetin has since been married and divorced two more times. She has two daughters from those marriages. She broke off an engagement with Justin Hodak after he violated a restraining order against her. In 2017, Hodak was sentenced to more than six years in prison for possession of a deadly weapon and falsifying evidence by threatening a witness with force or implied force. Hodak was also ordered to complete a 52-week domestic violence program.

Sweetin also battled addiction. She began drinking at 14 years old, when “Full House” ended. She struggled with addictions to drugs such as methamphetamine, cocaine and ecstasy. In 2008, she got sober. A year later, Sweetin published a memoir “unSweetined,” which detailed her life and difficulties since “Full House” wrapped.

The Olsen twins were rich, artfully clad and above the rest of us. They were not out marching for rights and causes with a backpack and megaphone like Sweetin.

Not all the Tanners share Sweetin’s drive for justice.

Along with beloved comedian Saget, who died tragically earlier in 2022, the Olsen twins were the most famous of the “Full House” bunch. As Verily wrote, “by middle school, they were billion-dollar brands.” The Olsens had a line of dozens of popular, direct-to-video movies. Shortly after they turned 18, they started a “revolutionary and minimalist clothing line,” and became fashion icons. The New York Times once praised Mary-Kate’s signature look as “a kind of homeless masquerade.”

The Olsen twins were rich (they married and partnered well, and became richer), artfully clad and above the rest of us. They were not out marching for rights and causes with a backpack and megaphone like Sweetin. In fact, in the 2000s, the Olsens became a popular target for PETA, the animal rights organization, due to the Olsens wearing and using of fur and leather in their fashion. 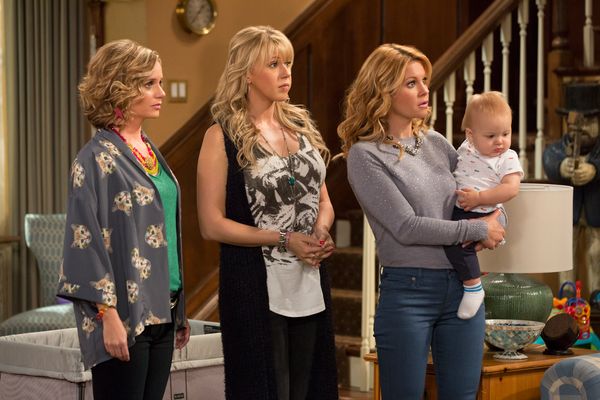 This image released by Netflix shows, from left, Andrea Barber, Jodie Sweetin, and Candace Cameron Bure in a scene from, “Fuller House,” streaming on Netflix beginning on Friday, Feb. 26. (Michael Yarish/Netflix via AP) (AP)In 2016, a continuation of the “Full House” story, called “Fuller House,” launched on Netflix. The show starred Sweetin’s former co-star Candance Cameron Bure, who played her older sister DJ on “Full House,” as a now-single mother, widowed like her TV father before her. Sweetin reprised her role (the Olsens did not). The show ran until 2020, and there were recent plans to reboot “Full House,” plans that have been uncertain since Saget’s sudden death.

Bure was pinned to develop programming for the new conservative channel, which has ties to Donald Trump. It appears unlikely her former TV sister will follow her.

In recent years, Sweetin has been a mainstay on The Hallmark Network, appearing in often seasonal fare such as “Finding Santa,” “Entertaining Christmas” and “Merry & Bright.” Bure – formerly the Queen of Christmas at Hallmark – was recently hired by a rival channel, GAC Media, which was formed after Hallmark’s “disheartening” shift to including LGBTQI, Jewish and other marginalized stories. Bure was pinned to develop programming for the new conservative channel, which has ties to Donald Trump.

But it appears unlikely her former TV sister will follow her. Sweetin, who completed a degree as a drug and alcohol counselor and who now works as a clinical logistics coordinator at a Los Angeles drug rehab center, has also voiced repeated support for Black Lives Matter and the group Refuse Fascism in addition to her pro-choice activism.

Sweetin told E! News: “A lot of people say we’re in California and it doesn’t matter, but if those of us don’t stand up for others who can’t, then I don’t know what we’re doing.” She also acknowledged the responsibility she has as a well-known face in television – “People are shocked when they see Stephanie Tanner. Something happens to her, all of a sudden it makes it more real”— and her desire to leverage her early stardom for good.