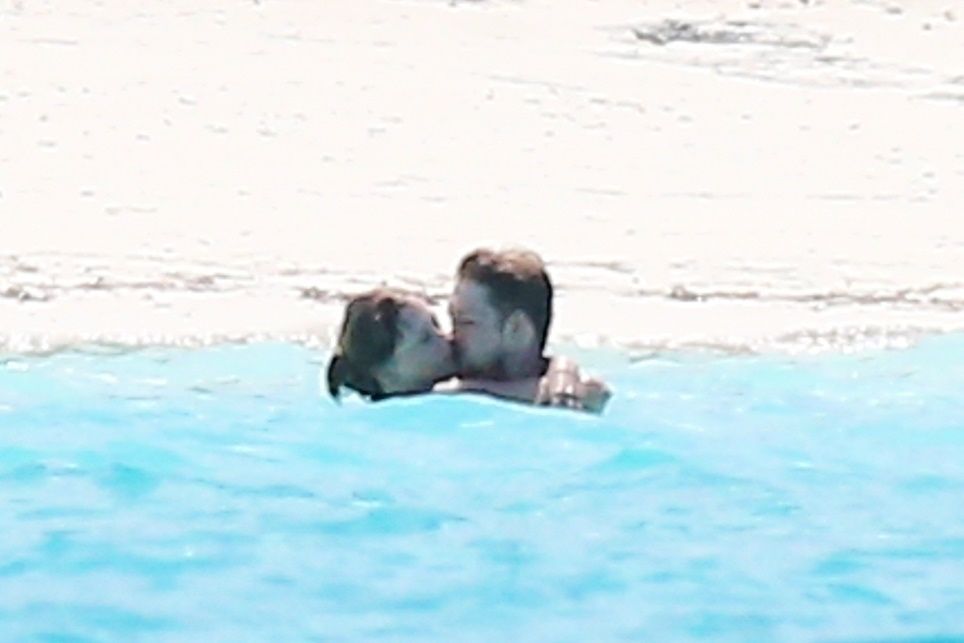 Shortly after a fan spotted Joe Alwyn and Taylor Swift dining together in New York City with a friend, the very private couple of five and a half years was photographed by paparazzi publicly making out in the picturesque Bahamas water while on vacation. TMZ ran the initial photos and details, reporting that the two were seen there on Sunday. Here they are, kissing in the ocean—happy summer solstice, indeed:

Swift and Alwyn have been candid with press about why they prefer to keep the details of their love story private. Alwyn addressed engagement rumors in April, stating he will never answer that question with a yes or no.

He went on to explain that, if he gives an inch talking about their relationship or his private life, people will expect a mile. So he’ll give the public nothing instead. Addressing why he’s so tight-lipped in interviews, Alwyn said, “We live in a culture that people expect so much to be given. So that if you’re not posting all the time about what you’re doing, how you’re spending a day or how you made a breakfast, does that make you a recluse?” He shrugged. “I’d also like to feel slightly less guarded sometimes in interviews or in whatever kind of interactions, but it’s just a knee-jerk response to the culture we live in. If you give it to them, it just opens the door.”

“They come for the fighters”: Gaetz asks Santos about funding as guest host of Bannon’s “War Room”

In 2001, perfumer Olivier Cresp was tasked with capturing the feeling of Capri in the form of a fragrance. In