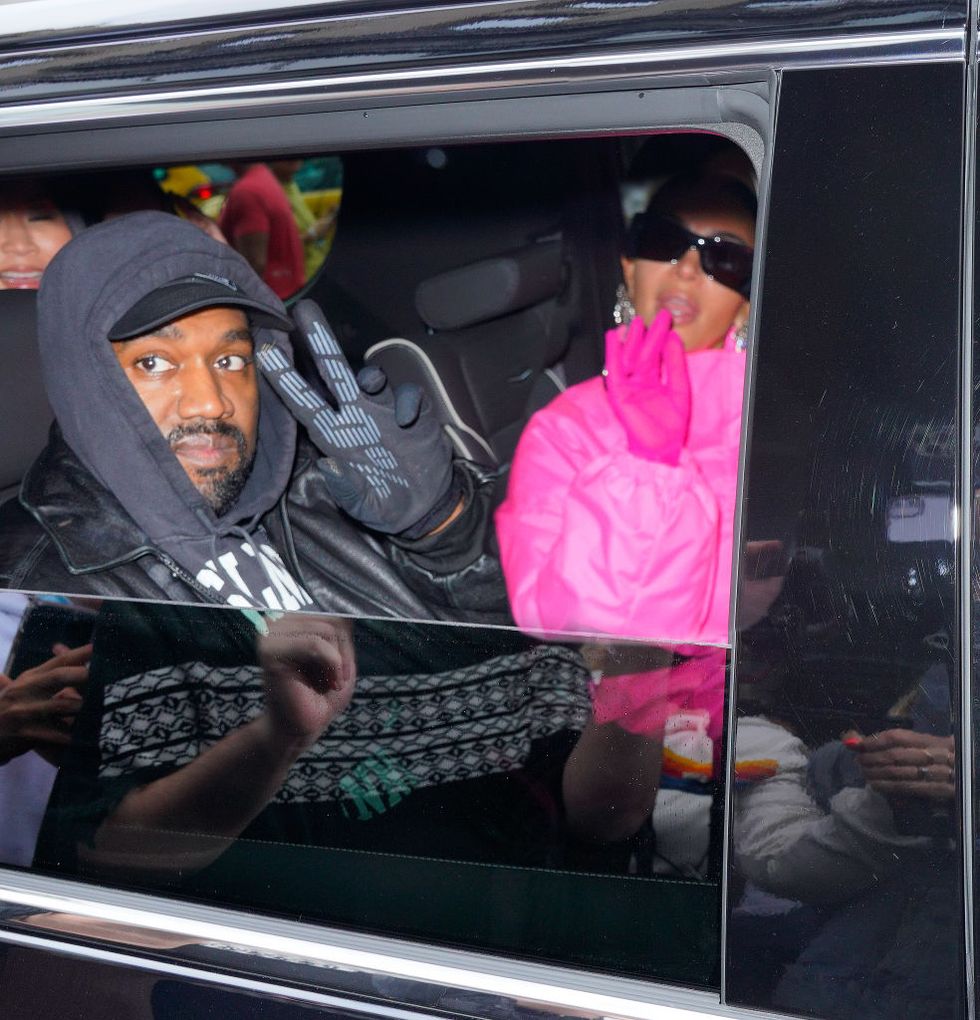 On Friday, Kim Kardashian and Kanye West were photographed in an amicable moment at a basketball game close to Thousand Oaks, California, according to TMZ. The formerly married couple were there to watch their daughter, North West, compete in her league. It has been a while since West has made many public appearances. The rapper stepped back from the spotlight for a bit after the many controversial comments he made about Kardashian and her new boyfriend, comedian Pete Davidson.

Though they were both in attendance and relatively close in the bleachers, they were not seated next to one another. Sources at the scene said they spoke a few times during the game, but mostly were fairly quiet and focused on North’s play.

Before West began to lash out at Davidson, it seemed like he and Kardashian had been doing a good job at successfully co-parenting their four children. They were even spending time socially together, like going to dinners, and West was in New York City for Kardashian’s gig as the host of Saturday Night Live in the fall.

When Kardashian began dating Davidson around Halloween of 2021, they began by taking things slow and being pretty casual. By Thanksgiving, West was turning up his overtures to Kardashian, openly saying he wished to reconcile with her. As things got more serious between Davidson and Kardashian, West posted a lot on social media about parental alienation and personal issues with his family. He even made a music video in which a claymation figure of Davidson gets buried alive.

A few months ago, West stepped back and decided to work on his issues with his divorce in more privacy. It looks like they are both trying to rebuild trust in their relationship for the sake of their kids, with some success. In fact, Kardashian wished him a Happy Father’s Day on Instagram on Sunday, June 19.

She shared a few photos of he ex husband with their kids, writing, “Thank you for being the best dad to our babies and loving them the way you do! happy father’s Day Ye.”

We asked an AI to draw its favorite food. The results were bleak

McConnell can’t name one reason not to vote for Trump

Your Excellency sir, Governor Godwin Obaseki I want to say Thank you for this prompted action and war against armed robbery and Kidnapping attacks in Esan land and Edo state at large.
The Entire Esan race/People are grateful to God almighty for bringing you to govern the state at this right time because in the history of Nigeria ,no Other Governor has ever be this prompt in action to fight criminals in our country.
As the Chief Security Officer of the state,you have never failed your citizens and your recent intelligent response and action to save Esan land from the hands of kidnappers and unknown gun men will always be one of the crucial reasons why history will remain kind to you sir
Your prompted actions are compared to none because you have once again proven to the People of Edo State, Nigeria and Africa that there are more to do with science and technology when it comes to protecting our territory, lives and properties.
.
I also want to appreciate the intelligent efforts of the gallant men of the Nigeria Police Force, HQ Nigerian Army, Nigeria Security and Civil Defence Corps, Esan Atanakpa and Vigilantes and our local hunters for rescuing all the kidnapped victims unhurt and May the soul of the police officer who lost his life on a mission to rescue the kidnapped victims rest in peace😭🙏🏻.
May God continue to protect you and give you more wisdom to lead us right and together we shall make Edo State Great Again.
God Bless ESANLAND
God Bless Edo State
God Bless Nigeria ... See MoreSee Less

This man get award for Security Matter

Now I understand why you are writing rubbish and insulting elderly men on social media because of the little road said office they gave you.Remember people has being there before you and people will still be there after you.Go and ask questions, young boys like you that was in insulting elderly men in the name of politics before go and check or find out how they ended up politically

Prince Ohounlonsi, Are Threatening Journalist To Governor Of State, Or What?

U Don’t Talk When They Are Talking!