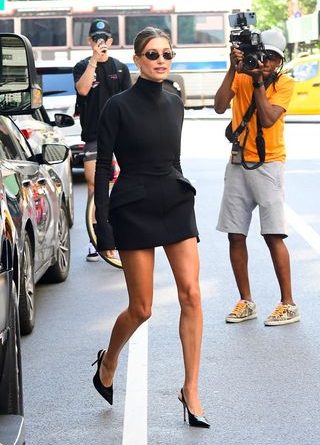 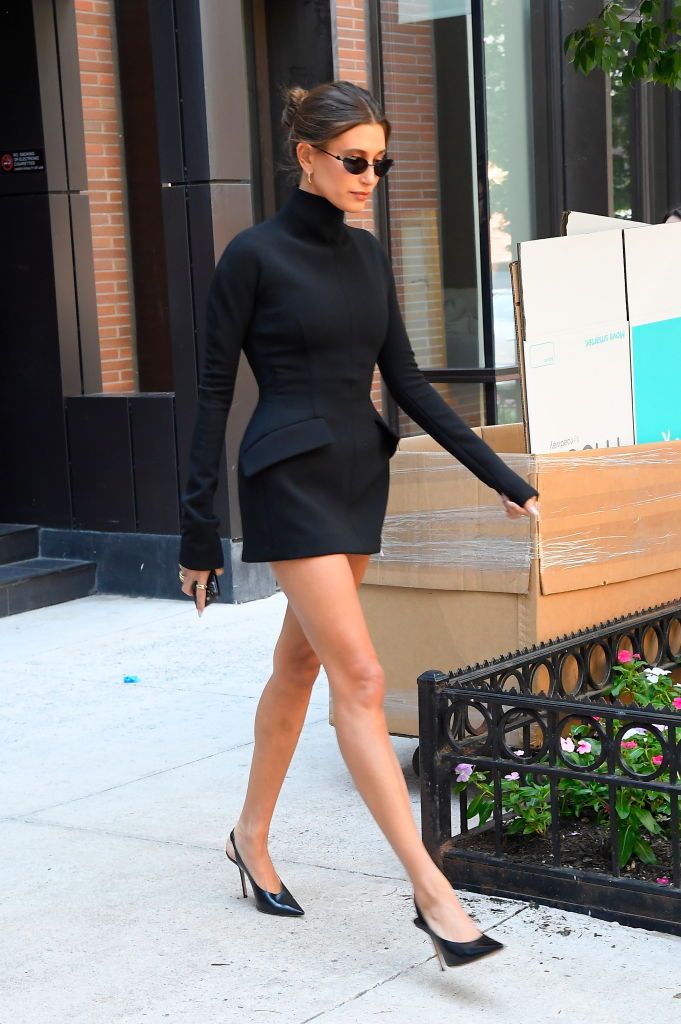 Although her family’s presence in Hollywood is well-known, Hailey Bieber has yet to announce any plans for an acting career. (She’s one of the few models still holding out!) That said, if her latest look is any indication, she’d fit right in with the cast of the inevitable next Matrix sequel, prequel, spin-off, revival, or reboot. While promoting her new beauty line, Rhode, in Manhattan this week, Bieber stepped out in a hip-hugging Sportmax turtleneck dress in a look styled by Dani Michelle. Pairing the sophisticated long-sleeve look with tiny black sunglasses, she called to mind a modern-day Trinity. (Perhaps sans stilettos.)

The look was only one in an impressive fashion line-up worn by Bieber throughout Tuesday and Wednesday, as she was shuttled from one press appearance to another. Earlier on Wednesday, she sported a black blazer dress with chunky loafers, before switching to the Sportmax dress and, finally, for The Tonight Show, a shimmering beige gown paired with Cinderella-esque translucent heels.

The slew of appearances comes about as Bieber’s husband, Justin Bieber, recovers from his recent diagnosis of Ramsay Hunt syndrome, causing him temporary partial facial paralysis. During an appearance on Good Morning America yesterday, Hailey offered an update on her partner’s health: “He’s doing really well. He is getting better every single day. He’s feeling a lot better and, obviously, it was just a very scary and random situation to happen, but he’s going to be totally okay, and I’m just grateful that he’s fine.” Now that Justin’s on the mend, perhaps Hailey can pop into another one of his music videos—maybe in a slick trench coat this time?

“To the right, to the right”: Peter Thiel invested $1.5m in right-wing dating app “The Right Stuff” 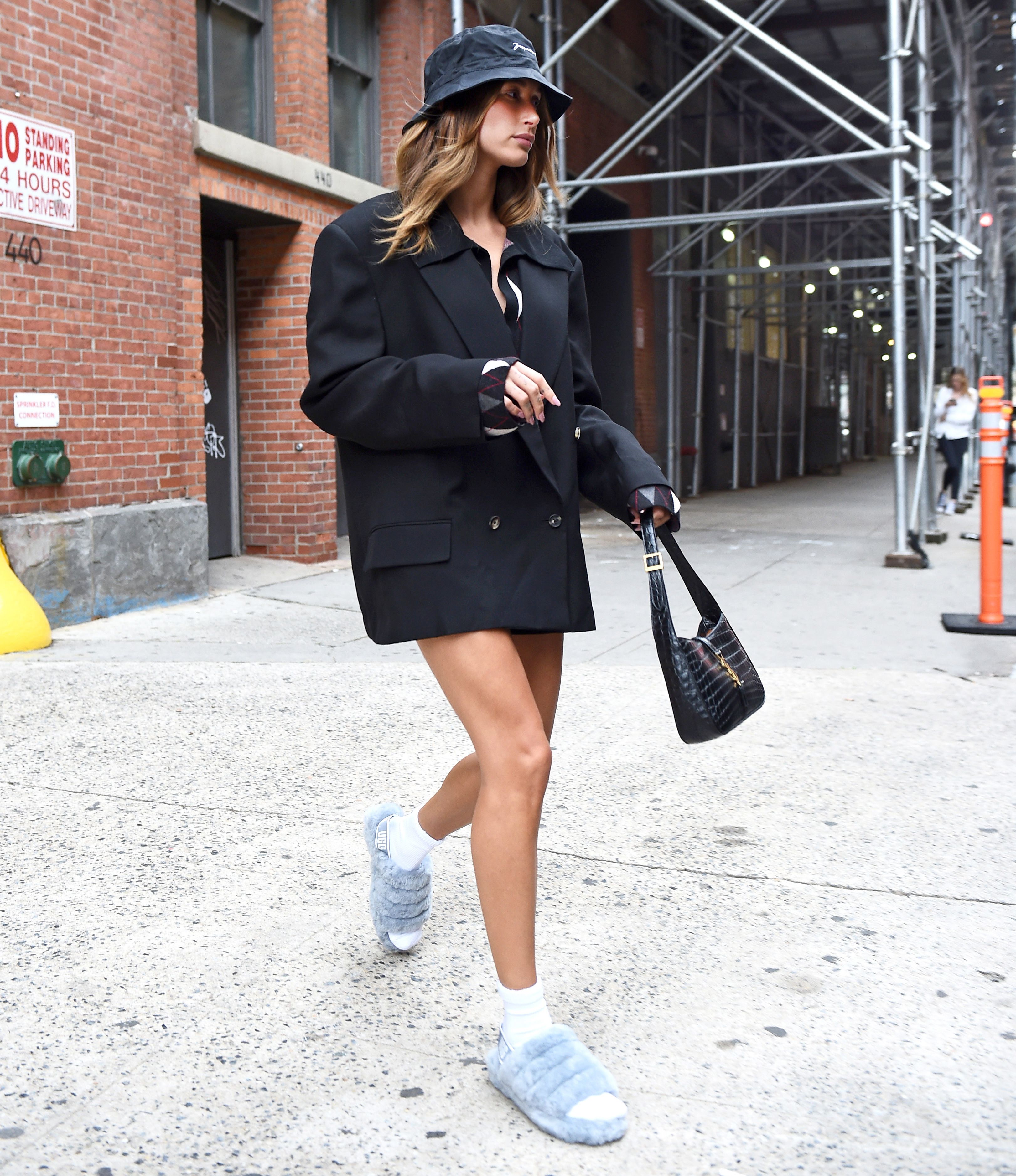