Members of the opposition Peoples Democratic Party (PDP) in Cross River State rolled out the drums and laid the red carpet to celebrate the coming of Rivers State Governor, Chief Nyesom Wike to the state in continuation of his consultation visit across the country on his presidential ambition.
Thousands of ecstatic and excited party bigwigs and supporters, donning PDP hats, insignias, regalia and attires flooded the streets and roads, with their drums and trumpets to receive the leading PDP Presidential aspirant in the state capital, Calabar, last Wednesday.
Also, as a way of appreciating his efforts to boost the party in the state, officials of PDP displayed life-sized flex banners in strategic places to welcome the Rivers State governor.
One of the banners says: “We all say Thank You to His Excellency, Barrister Nyesom Ezenwo Wike for supporting Cross River PDP”.
An official, Ernest Effiom said, “Wike has done well for PDP not only for Cross River State but he has a special interest in our party in this state. Don’t forget he is the leader of the party, at least, in the South-South.”
He disclosed that Wike was visiting them as part of his aspiration to succeed President Muhammadu Buhari of APC next year, and to address some internal PDP issues bordering on governorship aspirants.
On whether, the state Governor, Prof Ben Ayade was aware of the coming of his colleague into his state since there were some ripples in February when he entered Calabar, reportedly without informing Ayade, Chief Press Secretary and Media Adviser to Governor Ben Ayade, Mr Christian Ita said Wike was coming in his personal capacity to consult on his presidential aspiration.
“I would not know whether Wike has reached out to his counterpart, my principal on a personal level that he is visiting Cross River State. But his coming cannot cause any implosion whatever.
“Wike is going round states to consult for his interest to seek for PDP ticket for next year’s presidential election.”
Addressing PDP delegates and leaders in Calabar, Governor Nyesom Wike faulted the arrangement for a consensus presidential candidate in the PDP.
Wike described the consensus arrangement as rubbish and fake news used in deceiving PDP members.
He said consensus could only happen through equity, justice, and fairness, and recalled telling a former Senate president that he would not support a consensus arraignment in PDP.
According to Wike: “I am not here for any consensus rubbish. I have told people not to deceive our party members with fake news about consensus. We all believe in consensus, but it must come with equity, justice, and fairness.
“When some of my colleagues led by the former Senate president came to me, I told them I would not fall into the consensus trap. If you want to run for election, please run, and if you are not ready, please go home.
“They want somebody who would come and bow down for them. But what the country needs now is fearless and courageous somebody.”
Wike further said his decision to run for the Presidency was not to negotiate the vice presidential ticket of the PDP.
The PDP presidential aspirant said he was in the state to meet party members and signify his seriousness to be Nigeria’s next president.
Wike also dismissed claims of picking the senatorial forms like other aspirants of the party have done secretly.
He said: “I am here to introduce myself to you. We have started the process, and I have made myself available to the people of Cross River State. I am running for the president, and I am not running for running sake. I will win the party’s ticket and win the Presidency of this country.
“I am not running to negotiate for vice president or for anything. I have not collected Senate form or any form in case I fail. Some people have sent in their cronies to collect Senate forms on their behalf in case there is a consensus.
“I came here for you to see me face to face. Some are sending people to talk to them. I have too much energy, and I am ready to go to every nook and cranny of this country. Trust people with energy and I have it.”
The likes of former Senate President, Dr Bukola Saraki, former vice president, Alhaji Atiku Abubakar, Sokoto State Governor, Aminu Tambuwal, Bauchi State Governor, Senator Bala Mohammed, and some other aspirants have been clamouring for a consensus presidential candidate for the PDP. 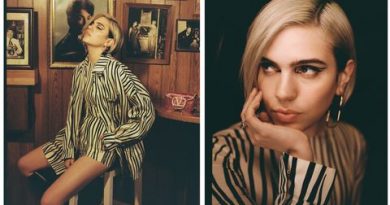 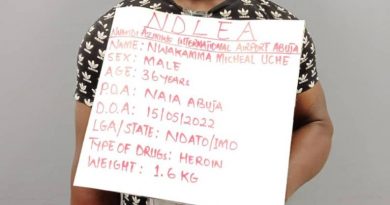