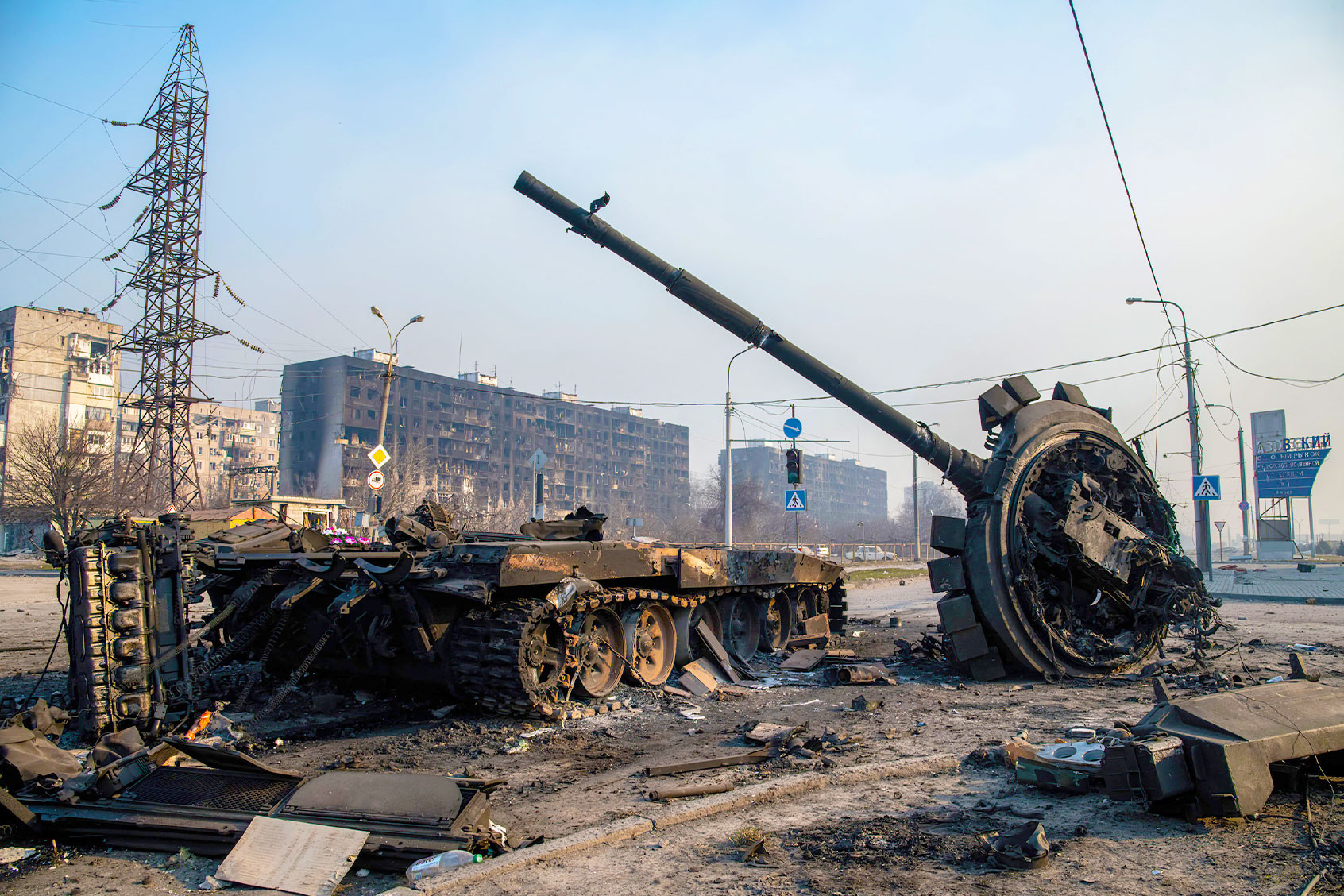 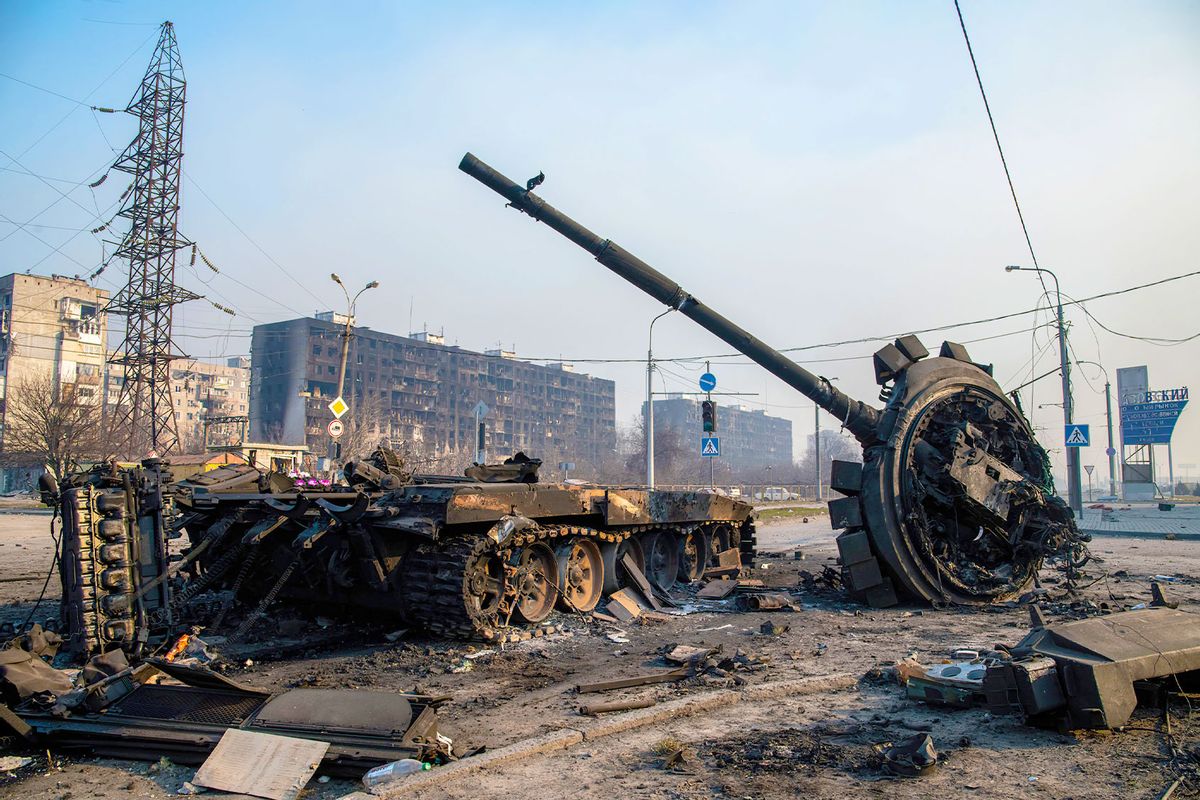 Sometimes it takes a crisis to reveal the reality of a situation. The COVID pandemic revealed the sorry state of public health infrastructure in the U.S., along with many other uncomfortable truths. Now, the war in Ukraine is stripping bare the fundamental flaws of the political organization of the world.

A debate has emerged between various factions of political progressives about the causes of Russia’s attack on Ukraine. Some see the war as resulting primarily from NATO expansion to Russia’s western borders, along with the expansion of U.S. military and financial aid to Ukraine, which has made Russia feel threatened. How would the U.S. react, they ask, if Mexico wanted to join a military alliance led by China? In fact, how did the U.S. react in 1962, when Cuba decided to host Soviet nuclear missiles? For the sake of peace, this argument holds, Ukraine must remain neutral.

Others are outraged by this position. Ukraine is a sovereign nation, they point out, and should be able to determine its own future. Why should smaller countries have to remain in the shadows of their larger, more powerful neighbors? And what kind of message would it send if Russia is allowed to benefit from its own aggression?

As critical as this debate may be in the short term, its real importance may lie in forcing us to confront the truth of world anarchy.

RELATED: Russia, the U.S. and the Ukraine war: Dance of death in an age of self-delusion

At the international level, the world is anarchic. There is no global legislature, no courts that can issue binding decisions on most issues, no police. A nation under attack has no choice but to defend itself, hoping that perhaps its allies or the UN Security Council will come to its aid.

In an anarchic situation, the weak are always at the mercy of the strong. National self-determination becomes a cruel joke. What good is national sovereignty if another country can bomb your cities into rubble for exercising it?

The strong are not safe either in that kind of dog-eat-dog world — they are at risk from each other. No matter how positive relations with another country may be at any given moment, you can never be sure an ally won’t become an enemy at some point. The best assurance of survival lies in economic and military power, so you grow your economy and build up your army. That makes your neighbors worry because they also can’t be sure your forces are purely defensive. This is what international relations theorists call the security dilemma. At best, such competition is a waste of resources; at worst, it actively makes war more likely. But as long as a global state of anarchy persists, there is no way out of this dynamic.

Both the weak and the strong are also at risk from any nation that happens to acquire nuclear weapons. Nukes are a great equalizer, but they hold everybody on the planet hostage to disputes among the great powers. Currently, nine countries have nuclear weapons and two — the U.S. and Russia — have enough to wipe out civilization. But even smaller weapons and smaller arsenals can wreak devastation on an unprecedented scale.

Anarchy and the rule of the strong also allow nations to run roughshod over human rights. For example, China has been imprisoning and torturing hundreds of thousands of Uyghur Muslims for years. The world’s response has been largely symbolic: sanctions against a few Chinese officials, or world leaders refusing to attend the Beijing Olympics. This response is appalling but, under the circumstances, both rational and understandable. China is simply too powerful for any other country to do anything substantive about its actions.

The logic of power can lead to enormous hypocrisy. The U.S. launched an illegal, unprovoked invasion of Iraq in 2003, and was not subject to the kinds of sanctions Russia faces now. We all understand why.

The same logic has led to many of the world’s great hypocrisies. In 2003, the U.S. launched an illegal and unprovoked invasion of Iraq. Can anyone doubt that the reason the U.S. was not subject to the kind of punishing economic sanctions that Russia now faces for its illegal and unprovoked invasion of Ukraine is simply that the U.S. is much more powerful, economically and militarily, than Russia?

Power is not the only reason world organization is profoundly undemocratic. The institutions designed to ameliorate the situation are, too.

Perhaps the least undemocratic of global organizations is the UN General Assembly, where each country has exactly one vote. The problem with the General Assembly is that each country has exactly one vote. Tuvalu, with its population of 12,000, has the same representation as India, with its population of 1.4 billion. Countries, not actual human beings, are represented. On top of that, General Assembly resolutions are totally unenforceable. They are expressions of world opinion — or, more accurately, the opinions of ambassadors chosen by the executive branches of their countries’ governments — but nothing more.

The UN Security Council is even worse from a democracy standpoint. While its resolutions are enforceable, at least in theory, it can do nothing without the agreement of its five permanent members — the victorious nations of World War II (or their successors). This holds even when one of those permanent members, such as Russia, is the subject of a resolution. A model of democracy, or of common sense, this is not. On top of that, Security Council resolutions can only be enforced by sanctions or military action.

One idea for bringing more democracy to the UN is the proposal for a Parliamentary Assembly, a new deliberative body that, at first, would likely be made up of existing members of national legislatures, but could eventually be directly elected. In the long run, such a parliament could become the core of a democratic global government.

Whether created from a UN Parliamentary Assembly or by other means — many other possibilities have been described — some form of democratic world federation is the way out of our current international anarchy. It could both end the rule of the strong over the weak and even end war itself.

The basic idea is that a world legislature representing the people (and maybe also nations as political entities) would create laws governing international or global matters, as well as fundamental human rights, while nations would deal with everything else. There might be world laws addressing marine pollution or the right of girls to get an education, but not about street fights or most business contracts, which can easily be handled at lower levels.

No one claims a democratic world federation will happen tomorrow, or next year. Making that happen may require the largest worldwide movement in human history.

This kind of democratic world federation would not have anything like an army, because it would have no need for one. It would have a police force like the FBI or the Secret Service to pursue individual criminals, and it would have prosecutors empowered to sue national governments that do not comply with world laws, much the way the U.S. Department of Justice sues states that violate federal laws.

Clearly, a world federation will not come into being tomorrow or next year. Indeed, its creation may require the largest worldwide movement in human history. But if the alternative is the status quo of periodic mass violence with a nonzero risk of nuclear apocalypse, it starts looking downright practical. As Supreme Court Justice William O. Douglas wrote, “World federation is an ideal that will not die. More and more people are coming to realize that peace must be more than an interlude if we are to survive; that peace is a product of law and order; that law is essential if the force of arms is not to rule the world.”

The first step toward meeting this challenge is to recognize the nature of our current situation. That’s how we can someday accomplish the transformation that former Republican congressman John Anderson, the longtime president of the world federalist organization Citizens for Global Solutions, called for: replacing the law of force with the force of law.

Read more on the war in Ukraine and its ripple effects: