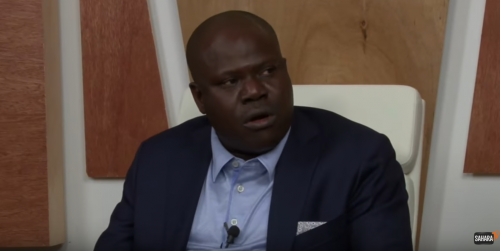 Guerrilla warfare is a form of irregular warfare in which small groups of combatants, such as paramilitary personnel, armed civilians, or irregulars, use military tactics including ambushes, sabotage, raids, petty warfare, hit-and-run tactics, and mobility, to fight a larger and less-mobile traditional military.
Furthermore, Guerrilla tactics focus on avoiding head-on confrontations with enemy armies, instead engaging in limited skirmishes with the goal of exhausting adversaries and forcing them to withdraw. Guerrilla groups often depend on the logistical and political support of either the local population or foreign backers who sympathize with the guerrilla group’s efforts.
Regardless of terminology, the importance of guerrilla warfare has varied considerably throughout history. Traditionally, it has been a weapon of protest employed to rectify real or imagined wrongs levied on a people either by a ruling government or by a foreign invader. As such, it has scored remarkable successes and has suffered disastrous defeats.

Specifically, the Owo massacre – the barbaric incident has no justification whatsoever; this is a time for sober reflection; a time for solemnity; a time for the electorates and delegates to do a honest appraisal, embark on soul searching and reexamine their conscience and act patriotically – identify and elect competent persons with strength of character and capacity to deal holistically, decisively and deliver on mandate. We sure need decent persons who are mentally alert and capable to earn our trust as a distressed nation.
Sadly, the alarming aspect is the security architecture which has broken down irrevocably – imagine the bomb blast and shooting at Catholic Church in Owo on Sunday with numbers of souls gruesomely murdered – this is nothing but a legacy of Terror, Sorrow, Tears and Blood. The unprovoked attacks and killing of several innocent worshippers at the St Francis Catholic Church, Owa-luwa Street, Owo, is a sad reminder of the dark days of terrorism and sad reality of our beloved country Nigeria.
Unfortunately, the country is equally beset by security and political challenges. Boko Haram insurgents still operate in the North-East. In the North-West, bandits are overwhelming the security forces. In North-Central Nigeria, deadly clashes between farmers and herders continue. And separatist and irredentist agitations resonate in the South-East and the South-West of the country. I daresay, that our beloved country Nigeria is under siege, it can only be an act of terrorism – given the same pattern of the last ten to twelve years. It is purely inspired by guerilla warfare
Our beloved country Nigeria seems to be in a state of emergency (warfare), we’re going through very difficult situations – issues of terrorism, banditry kidnappings insurgency killings among others are not abating – the Owo massacre happen to be a very clear example of the state of hopelessness and despair. It was a black Sunday, when worshippers at the St Francis Catholic Church were cut in the crossfire.
Please, permit me to conclude by identifying with our brothers and sisters the good people of Owo-kingdom, kabiyesi Olowo, oba Ajibade Gbadegesin Ogunoye, the Asiwaju of Owo-kingdom, my father, Otunba Oyewole Fashawe, and the government of Ondo State under the leadership of His Excellency Arakunrin Oluwarotimi Odunayo Akeredolu SAN. I therefore, join millions of our compatriots home and abroad to condemn the sacrilegious, gruesome and dastardly acts of the terrorists.
Finally, in the words of Howard Zinn, an American historian, playwright, philosopher, socialist thinker and World War II veteran: “To be hopeful in bad times is not just foolishly romantic. It is based on fact that human history is a history not only of cruelty but also of compassion, sacrifice, courage and kindness. ~ What we choose to emphasize in this history will determine our lives. If we see only the worst, it destroys our capacity to do something.” In summary; God’s best soldiers are trained in the school of adversity
Richard Odusanya is a Social Reform Crusader and the convener of AFRICA COVENANT RESCUE INITIATIVE ACRI

Texas Attorney General Ken Paxton on the Uvalde massacre: “God has a plan” 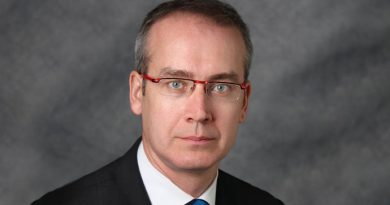