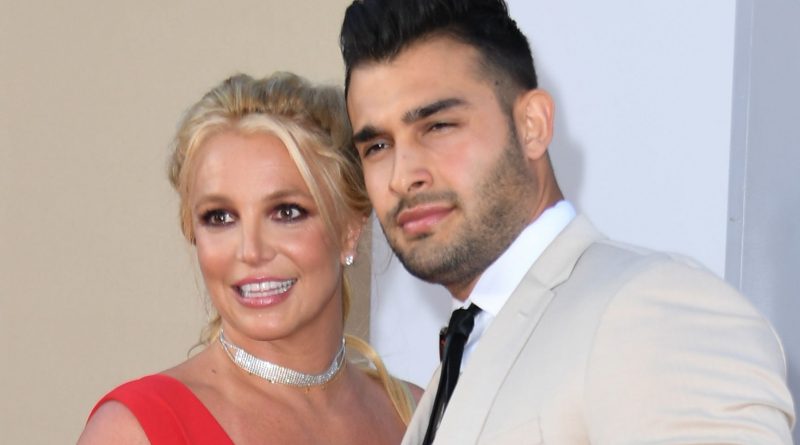 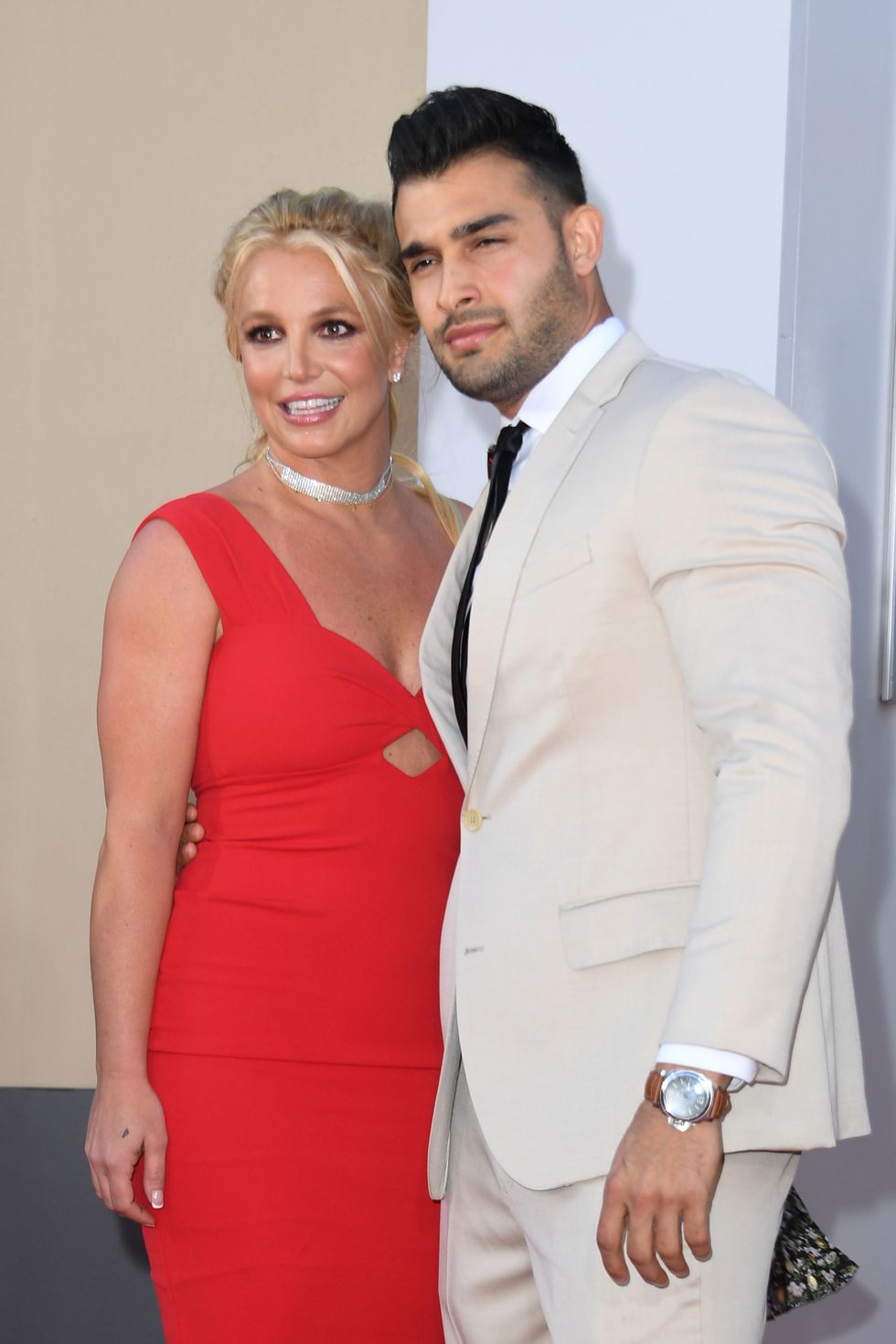 Seven months after the end of her conservatorship, Britney Spears has married Sam Asghari. The couple tied the knot tonight in Los Angeles at an intimate backyard ceremony at Spears’s Thousand Oaks home, according to a report from Page Six. Spears wore a Versace dress in front of a small audience of friends and celebrities including Madonna, Paris Hilton, and Drew Barrymore. Per People, the bride walked down the aisle to Elvis Presley’s version of “Can’t Help Falling in Love.”

News of their wedding happening Thursday broke this morning on People and TMZ. Multiple sources told People that about 60 guests would attend the wedding, including Madonna, Hilton, Selena Gomez, Kate Hudson, and Gwyneth Paltrow.

Neither of Spears’s parents, Jamie Spears and Lynne Spears, nor her sister, Jamie Lynn Spears, were in attendance. In addition, Spears’ teenage sons, 15-year-old Jayden James and 16-year-old Sean Preston, did not join the celebration. Their father—Spears’s ex-husband Kevin Federline—released a statement through his attorney, Mark Vincent Kaplan, explaining their absence.

“Although the boys will not be in attendance, Kevin and the boys are happy for Britney and wish her and Sam all the best going forward,” Kaplan said on behalf of Federline, via Entertainment Tonight. “They are excited that this will be a positive development for her post-conservatorship life.”

“Kevin and the boys want her to be happy,” he added. “Hopefully this will be a key for her to be happy and remain happy going forward. They all feel that this is Britney and Sam’s day and nothing should take away from that.”

According to Page Six, however, one immediate family member—Spears’s brother, Bryan Spears—did attend the ceremony.

The event was not without drama: According to multiple reports, the singer’s first husband, Jason Alexander, attempted to crash the wedding, a maneuver he livestreamed on Instagram, during which he referred to Spears as “my first wife, my only wife. I’m her first husband. I’m here to crash the wedding.” He was arrested outside her home on Thursday afternoon. Spears’s assistant, Vicky T, posted on her Instagram Story afterward that “everyone is safe.”

Spears and Asghari first connected in 2016 after meeting on the set of Spears’s “Slumber Party” music video. They got engaged in September 2021 after more than four years of dating. In June, Asghari spoke to GQ about proposing to Spears and designing her engagement ring.

“I figured with her taste, she wouldn’t want something super big and super celebrity,” he said. “Celebrities get that million dollar ring. And usually, it’s free because it’s for promotion, but I want it to represent something. I want it to come from my heart and I want it to go to someone that wasn’t a big jeweler. It was a big company but it was a company that was willing to do it the way that I wanted it. So I designed a really beautiful ring. It’s a princess cut, for a real life princess.”

He added he proposed at their home. “We do have videos of it but that’s only for our eyes,” he said.

Pickle pasta salad will be this summer’s potluck hit

The worst film performances of 2022