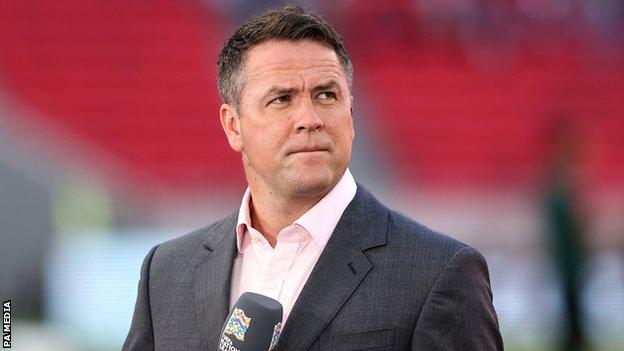 Former England striker Michael Owen has deleted a tweet about a non-fungible token (NFT) project after he was contacted by the Advertising Standards Authority.

Owen, 42, wrote last month that “my NFTs will be the first ever that can’t lose their initial value”.

It is understood the ASA considered that the tweet was likely to mislead consumers.

They contacted Owen asking for it to be removed, which has now been done.

The ASA is currently conducting a wide-ranging review of the issues surrounding NFT advertising.

NFTs are one-of-a-kind assets in the digital world that can be bought and sold like any other piece of property, but which have no tangible form.

England striker Tammy Abraham and Everton coach Ashley Cole have also deleted endorsements of NFT schemes, while a collection launched by former England captain John Terry in February dropped in value by 90% over the next month.

Earlier this year Liverpool created two categories of digital collectibles, and although 95% went unsold, the launch delivered more than £1m in revenue for the club.

‘Of course you can lose money’

“It’s just not true – of course you can lose money. [Owen’s tweet] is incredibly dangerous, especially from a trusted and well-known celebrity.”

Andy Green, one of the founders of Oceidon, the blockchain technology company partnering with Owen to release his NFT collection, added that losing money “can happen”.

Also speaking to The Sports Desk podcast, Green explained that a creator, like Owen, can launch an NFT project on Oceidon’s marketplace with a floor price which the NFT can never go below, but that floor price may be less than the initial amount invested.

However, Green stressed that Owen’s NFT project is primarily a limited edition memorabilia collection, with physical items being issued with an associated NFT and the ownership being registered on the blockchain.

The ‘off-chain collectibles’ will include watches and shirts, with Owen providing personal pictures and unique descriptions of each of his career goals.

“This is a different way to present this technology,” said Green. “We’re trying to encapsulate his career, his legacy, on the blockchain.”

Green said there was “a lot of pushback” after the tweet in May, and although the release of Owen’s NFT collection was scheduled for 31 May, it has been postponed to coincide with the 2022 World Cup in Qatar, which starts in November.

How do NFTs work?

Traditional works of art such as paintings are valuable precisely because they are one of a kind, but digital files can be easily and endlessly duplicated.

With NFTs, artwork can be ‘tokenised’ to create a digital certificate of ownership that can be bought and sold.

As with cryptocurrency, a record of who owns what is stored on a shared ledger known as the blockchain.

The records cannot be forged because the ledger is maintained by thousands of computers around the world.

NFTs can also contain smart contracts that may give the artist, for example, a cut of any future sale of the token. 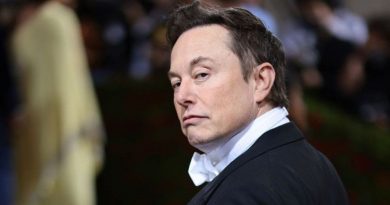 Twitter boss hits back on Musk doubts over fake accounts