A presidential aspirant on the platform of the All Progressives Congress (APC), Nicola Felix on Tuesday stepped down for Vice President Yemi Osinbajo.

Felix, who was the presidential candidate of the Peoples Coalition Party (PCP) in the 2019 presidential election, declared his support for Osinbajo at the Eagle Square, the venue of the party’s National Convention.

Felix, based in the US, is the General Overseer and Founder of Miracle Center International Inc. International Headquarters, New York, USA.

Earlier, a former Speaker of the House of Representatives, Rt. Hon. Dimeji Bankole had stepped down for Tinubu.

Kayode Fayemi, the Ekiti governor and Senator Ajayi Boroffice had also stepped down for the former Lagos governor.

“I would have run this race on the basis of my track record but haven’t taken cognizance of the history of the APC and the effort of the governors to bring peace in a fragile situation like this that we are looking at South.

“But I have seen a man older than me and who was the first visioner in governance and that man made us have good governance in Lagos state,” Akpabio had said.

“Therefore, I doff my hat and urge you that as I withdraw now, vote for Asiwaju Ahmed Tinubu.” 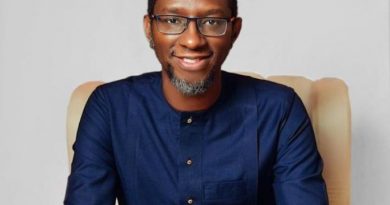