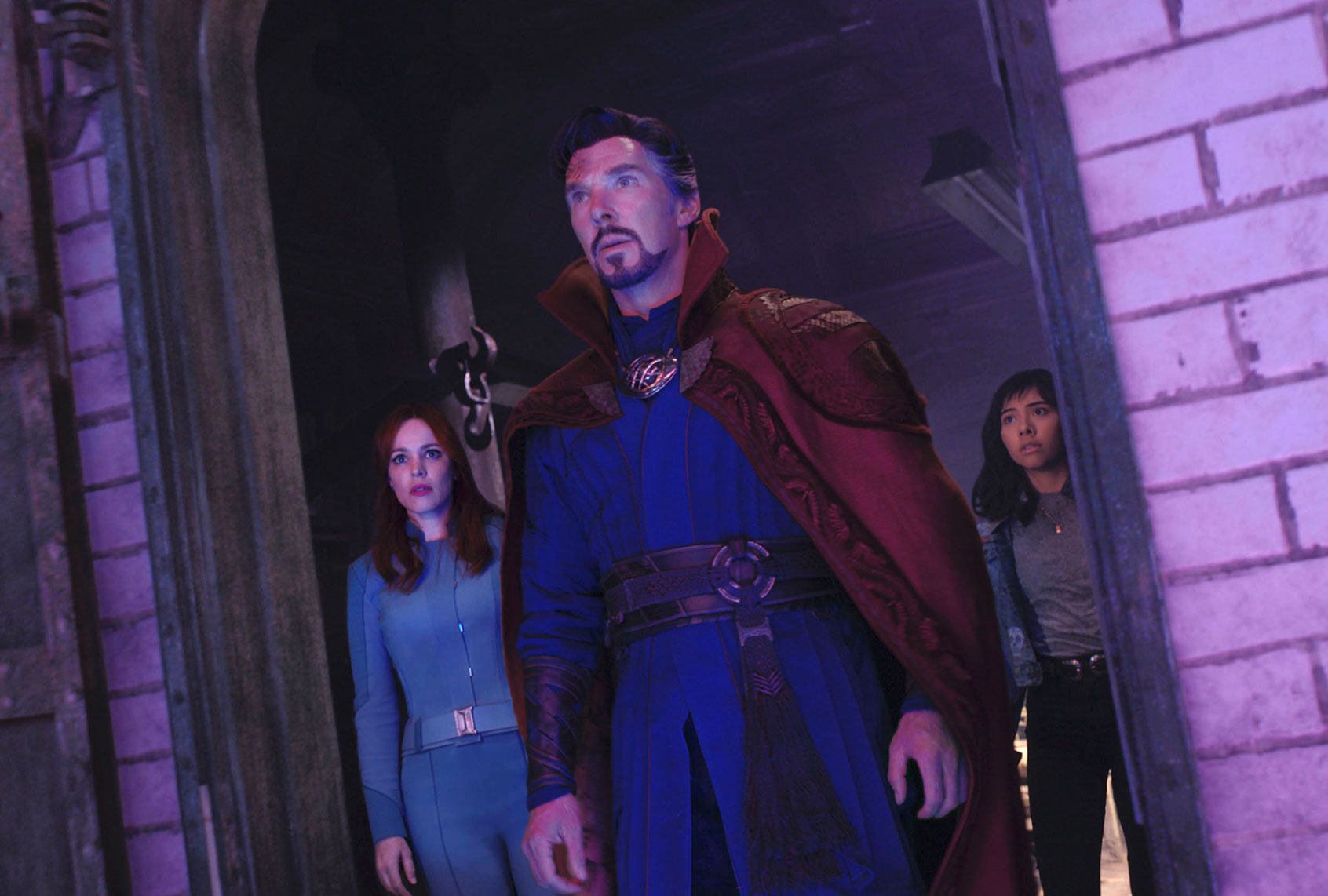 It’s been a busy couple of weeks for Marvel. With both the season finale of the Disney+ limited series “Moon Knight” and “Doctor Strange in the Multiverse of Madness” releasing in close succession, it’s felt like the Marvel deluge has been fast and furious of late.

But then, doesn’t that describe just about every week nowadays?

I’ve been religiously following the Marvel Cinematic Universe since the first “Iron Man” movie dropped back in 2008, and was a fan of this stuff since long before that thanks to the 2000s-era “Spider-Man” and “X-Men” films. And something about Phase 4 of the MCU just feels . . . different. They say that all great empires expand until they reach a point where they can no longer sustain their own weight, at which point they crumble. Yes, I’m drawing a parallel between the Marvel Cinematic Universe and Rome, and no I’m not sorry about it. It’s the biggest media empire of our time.

Having watched both “Moon Knight’s“ finale and “Doctor Strange in the Multiverse of Madness,” I keep finding myself circling back to the same question: is the MCU getting too big to tell a coherent interconnected story?

Is the Marvel Cinematic Universe buckling under its own weight?

Let’s be clear here: in some ways the MCU is not big enough. Marvel Studios lagged way behind during the first three Phases of its movie universe in terms of representation, and it feels as if it’s just now starting to make serious strides. Despite fans lobbying for a “Black Widow“ movie as early as 2015, the disorganized DC Extended Universe beat Marvel to the punch in making a superhero movie with a female character in the lead; 2017’s “Wonder Woman” came out a full two years before Marvel took the leap in its 21st film with Brie Larson in “Captain Marvel.” The fact that Marvel is now including superheroes with different backgrounds is a great thing, and without a doubt one of the best aspects of Phase 4.

What worries me about the MCU is its storytelling. The Russo Brothers, who directed the latter two “Avengers” and “Captain America” movies, recently revealed that Marvel Studios didn’t have a set-in-stone plan for their early run of films. Depending on how movies did, they adjusted. And obviously that’s true; there was a time when films like “Guardians of the Galaxy 2” and “Ant-Man and the Wasp” were not on the docket for Phase 3, until those characters became popular enough for the studio to invest more in them. And Robert Downey Jr.’s first MCU post-credits stinger, where he appeared in “The Incredible Hulk,” was something that came together on the fly because he just happened to be in town when that film was shooting.

But try and tell me that Feige and the rest of the brains at Marvel Studios didn’t at least have an inkling of where they’d like to go. The first “Iron Man” movie set up “The Avengers” eventually becoming a thing. “The Avengers” set up Thanos, who would not be played by Josh Brolin until 2014’s “Guardians of the Galaxy.” Marvel Studios may not have had a plan, but it never felt like they didn’t have a plan. 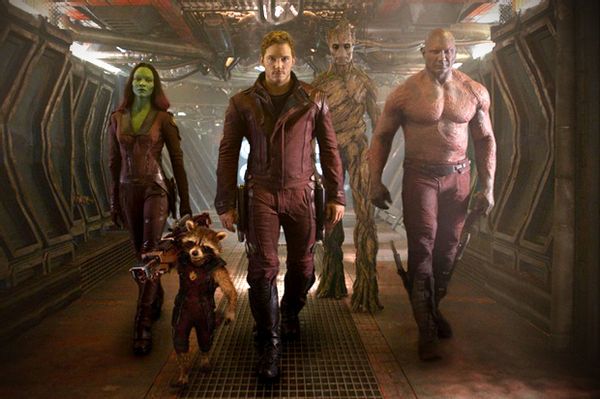 (Marvel Studio)Right now, it kind of does. Instead of two to three movies a year, as was the norm in Phases 1-3, the content is so constant it can be challenging to keep up with. There were five Marvel shows and four Marvel movies released in 2021, all of which will presumably factor into future shows and movies in one way or another. These shows and movies overlapped to the extent that May was the only month in all of 2021 that did not have new Marvel Studios content. Part of that was the pandemic, but still.

2022 will see at least three Marvel shows, three Marvel movies, two holiday specials, and the animated “I Am Groot” series on Disney+. That’s still more than double the yearly content we got during Phase 3, where everything was speeding toward the endgame of the Infinity Saga. And that’s not even taking into account the actual hours you need to spend to watch each thing, since most of the shows average close to 5 or 6 hours total. It’s a lot.

Can the Multiverse tie it all together? 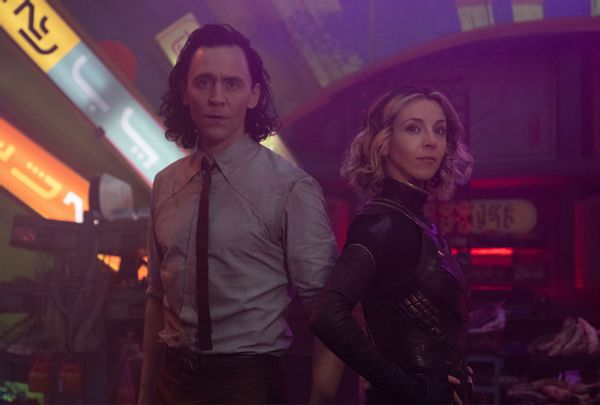 Loki (Disney+/Marvel Studios)Right now, it seems clear that Marvel is working toward a Multiverse War. And that’s a pretty cool idea. There’s no doubt that if and when Marvel does an “Avengers in the Multiverse” or “Secret Wars” movie, it will be awesome. But the big question is how well the MCU can feasibly tie together all the disparate plot threads it’s juggling. We’ve had 11 Marvel shows/movies total in Phase 4 thus far, and the plot threads tying them together are minimal at best. Again, that’s the equivalent of the entire Phase 3 slate, which had two “Avengers” movies and the crossover “Civil War.”

Let’s also keep in mind that at the end of each of those previous Phases, there was a crossover “Avengers” film to tie most of the characters together before releasing them to go on their individual adventures in the next Phase. So far as we know, the final movie planned for Phase 4 is “The Marvels.” (It was previously “Ant-Man and the Wasp: Quantumania,” but the release dates for those two films recently flipped). That will be a crossover event film; we know that “Ms. Marvel’s” Kamala Khan and “WandaVision’s” Monica Rambeau will appear in it. But that makes it more of a mini-crossover than a full-scale “Avengers” event. “Doctor Strange in the Multiverse of Madness” included a slew of cameos and “Thor: Love and Thunder” also brings together a larger group of heroes. To some extent, the main thing missing from this slate of Marvel stuff is the big crossover films. Instead we’re getting a bunch of smaller crossovers, as in “The Marvels” and “Thor 4.”

And maybe that’s just the direction things are going. Maybe that’s the only way to keep this all manageable when you’re dealing with this many characters. I’m not here to put down things people love; if you’re enjoying Phase 4, that’s great. There has been a lot of excellent storytelling in it. But it feels less focused than the first three Phases, less sure of where it’s going.

And despite the machine gun of content, it seems we have to wait longer between appearances for characters. Take Anthony Mackie’s Captain America; Sam Wilson (Mackie) took up the shield during the finale of “The Falcon and the Winter Soldier” in April 2021. As things stand, Sam isn’t slated to reappear until “Captain America 4,” which has no release date as of yet and almost certainly won’t hit theaters until at least 2024. There’s always a chance he’ll turn up elsewhere (the smaller crossovers can come in handy for that), but he’ll still have a longer gap between “Captain America” movies than at any time during Phases 1-2, when a new film would come around typically every two years. And let’s not even get started on when we’ll see Shang-Chi, the Eternals, or some of the other new characters again. Who knows?

At the end of the day, there’s a certain amount of faith that’s required to invest in a massive film franchise like the MCU, and the larger and more convoluted it gets, the more faith is required. Can Kevin Feige pull it off and tie everything together? The man has engineered the most successful movie franchise of all time, who am I to say he can’t?

But as the Marvel Cinematic Universe stands right now, Phase 4 feels a lot more like Marvel’s victory lap for finishing the Infinity Saga than an epic tale building methodically toward a fulfilling climax the way it did during Phases 1-3.

The challenges of calculating a lab leak risk

From Poirot to Pünd: How “Magpie Murders” evolved its outsider detective