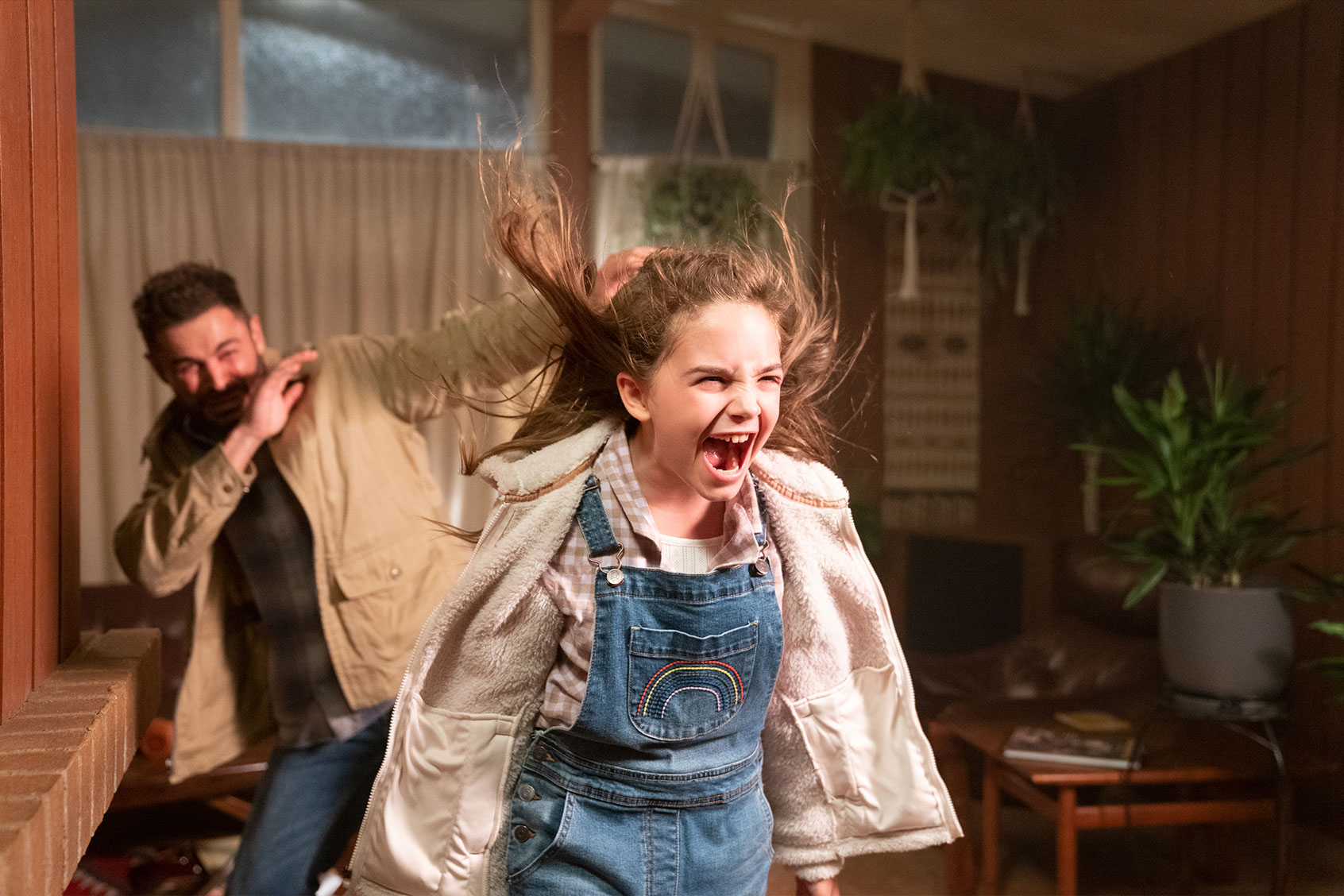 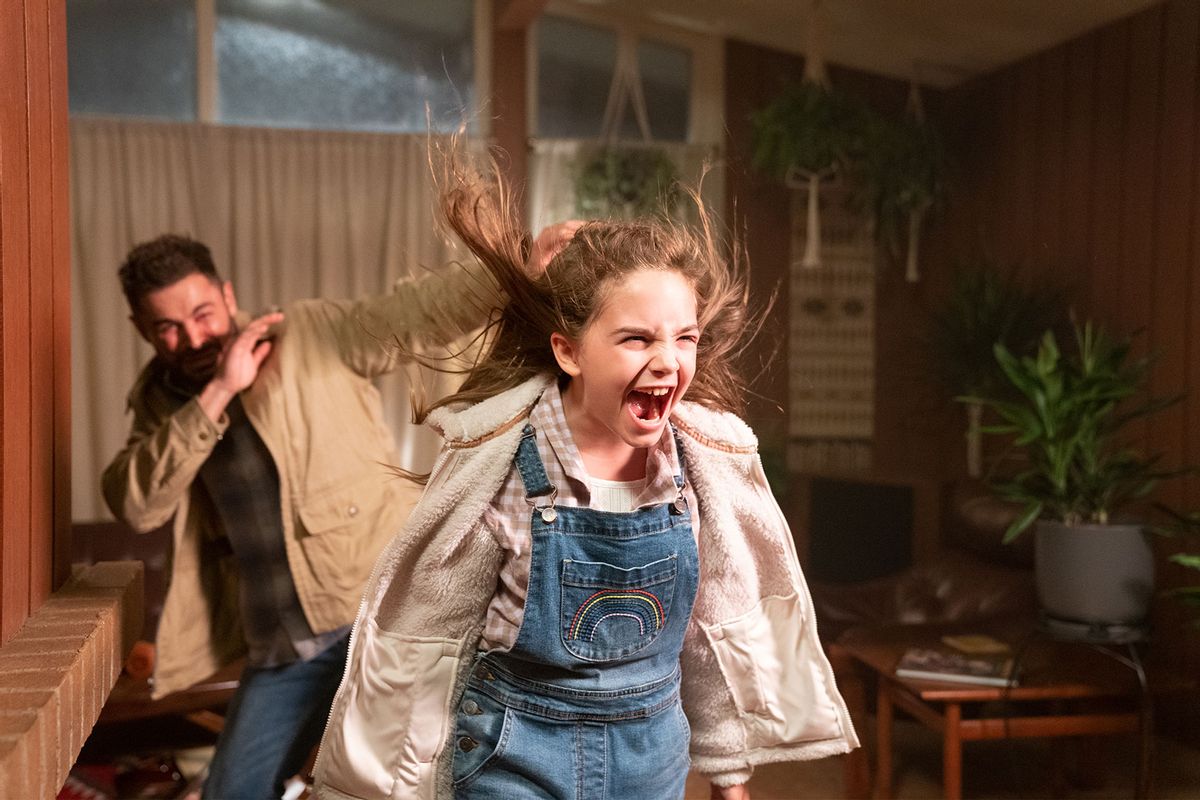 “Firestarter” is hot. It’s not only that the 1984 classic has been given the Blumhouse Productions remake treatment, out in theatres and streaming on Peacock, but the beloved ’80s ensemble “Stranger Things,” which seems heavily influenced by the Stephen King story, returns to Netflix this month.

“Firestarter” was one of star Drew Barrymore’s first films, after “E.T.,” and it helped launch her career. Nominated for her first Golden Globe that year for her performance in “Irreconcilable Differences,” she was 7 years old at the time.

As a child of the ’80s, I also strongly linked “Firestarter” with “Escape to Witch Mountain,” the 1975 film where children have powers, powerful men want them and keep the children prisoners in a rich estate. As in “Firestarter,” there are horses (classic manipulation tactic for psychic little girls).

Does “Firestarter” hold up? It never really held much to begin with — Roger Ebert gave it two stars, and most critics reacted similarly — but the film still looms large in the ’80s imagination. Like some children, I bet, I saw the movie on afternoon television when I was too young to have done so. It was remarkable at the time to see a little girl, a child my age, conjuring forces, withstanding brutal heat, killing people.

It taught me the power of children (good practice for when I became a parent). But “Firestarter” also reminds me of the powerlessness of being young and the consequences of not being listened to, of never being believed.

Based on a 1980 King novel, 1984’s “Firestarter” is about a little girl, Charlie (Barrymore), who develops pyrokinesis, the ability to create and control fire with one’s mind. Charlie has inherited her physic ability after her parents Vicky (Heather Locklear) and Andy (David Keith) both participated in a paid scientific experiment as college students where they were given a hallucinogenic solution known as LOT-6. As a result of the experiment, Vicky developed the power to read minds while Andy acquired the ability to control minds (though not without increasing pain and harm to himself). Charlie can see into the future as well.

These were years of dark and weird deaths, even in children’s shows, even from household appliances.

As you might imagine, the government is interested: specifically, a shadowy operation known as the Shop. They want to turn young Charlie into a weapon and dispose of her parents.

Charlie is a powerful character, and portraying her was an emotional experience for the child actor. As an adult Barrymore told ET Canada: “when you’re seven and you think you can blow people away with a fireball it’s really empowering.” Not only does Charlie conjure fire hot enough to cause a concrete wall to burst into flames, but wind picks up when she uses her powers, brushing her feathered blond hair back like a supermodel. This is an iconic image “Stranger Things” paid homage to in one of its season 2 posters.

Like Eleven, Charlie barely breaks a sweat when she conjures flames, though hurting people causes her emotional torment. She’s caught in a confusing and ethically nebulous position; her parents, especially her dad, want her to control and mind her fire, yet they also want her to turn it on their enemies at a moment’s notice.

In her child’s mind, she conflates accidentally minorly burning her mom with her mom’s (unrelated) death — something I also linked together when I was a child watching. Though tame for 2022 (I wonder what Blumhouse is going to do here), the original film does have some grotesque moments, made more horrifying by their confusing brevity, like Vicky’s death. Another example: the other participants in the experiment don’t fare as well as Vicky and Andy, with one man seemingly gouging out his eyes.

These were years of dark and weird deaths, even in children’s shows, even from household appliances. The spinning clothes dryer in “Firestarter,” with blood drops around it, and the folding ironing board, took on menacing, larger than life qualities for me, as the blender and microwave did in “Gremlins.”

At every turn, her physical appearance as “a pretty little miss” is remarked upon.

Charlie can’t stop obsessively feeling guilt about her mom. Along with her powers of fire and telling the future, she has a strong sense of moral justice, more developed than most of the adults around her. She burns a man verbally abusing and dismissing his very pregnant girlfriend. As Andy says, her power “always goes out at somebody you don’t like.”

Charlie also adapts. She’s a natural-born criminal because she’s had to be. When she and Andy go on the lam, running from the Shop, she lies with ease. She doesn’t break their cover, and gets upset at her dad when he does.

But for all her professionalism, Charlie is still very young. Her emotions flip quickly, something Barrymore does masterfully, switching from fine to petulant to rage-filled to sorrowful. That’s just being a little kid. The difference is, her meltdowns can kill people. And the way other people talk to her and treat her regarding her ability, even her parents, not only illustrates her power, but her powerlessness.

Yes, she can conjure a fireball. But her dad physically shakes her when she goes too far. She’s manipulated into performing displays for the Shop. And at every turn, her physical appearance as “a pretty little miss,” as the farmer who stops to help her and Andy says, is remarked upon.

Charlie may have powers. But she’s also a child, a girl child at that. Probably the best example of the powerlessness that comes along with that is her relationship with John Rainbird: George C. Scott playing a Native man who’s a Shop assassin disguised as an orderly who befriends Charlie. Whew. John is pretending to be Charlie’s friend to get her to do what the Shop wants. But his price is that he wants her afterward, when the Shop is through with her, in part because, as he says, she’s so young and beautiful.

It’s hard being a little girl. Most of us can’t obliterate creepy old men with a fireball that comes from our brain.

It’s impossible to watch the original “Firestarter” without reading some darkness here, even beyond the assassin’s obvious psychopathy. He desires to be the one to kill her. Does he want more than that? When John tries to shoot Charlie, he insists she look him in the eye and he tells her he loves her. (Insert gagging sounds from my son, a young horror fan, who I introduced to “Firestarter” on this rewatch.)

It’s hard being a little girl. Most of us can’t obliterate creepy old men with a fireball that comes from our brain. So, good on Charlie. She uses what she has. And while she’s not a manipulator — as my son pointed out, she’s a good liar but she trusts the wrong people  –  she turns people’s belief in her gift (that she can control it, that it’s not that extreme) against them. Underestimating any child, especially a girl, is a bad idea.

The “Firestarter” remake is in theaters and streaming on Peacock. Watch a trailer for it below, via YouTube. 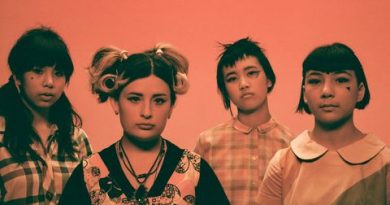 The Linda Lindas May Be Young, but They’re About to Rock Your World

Please stop putting so much lettuce on your sandwich