The youth wing of the apex Igbo socio-cultural organization, Ohanaeze Ndigbo Youth Council Worldwide has issued a 30-day ultimatum to the Governor of Central Bank, Godwin Emefiele to resign from his position otherwise he would be exposed.
Emefiele had reportedly picked the nomination form on Friday from the party’s organising secretary at the International Conference Centre (ICC) in Abuja. He has come under heavy criticism.

But on Saturday, the CBN boss denied a direct involvement stating that the form was purchased by farmers and patriots, adding that he would use his own money to buy his nomination forms when he had decided to run for the number one office.
Reacting in a statement on Sunday by OYC President-General, Mazi Okwu Nnabuike, Ohanaeze said the Igbo youths can’t be deceived by Emefiele, describing the CBN governor’s political affiliation as an ‘absurdity taken too far’.
“Where has it ever been heard that the governor of a country’s apex bank will have anything to do with partisan politics?
“This is an absurdity taken too far. We are even seeing the futile efforts by the CBN Governor to convince gullible members of the society that the form was not purchased by him.
“We must say that his defence is dead on arrival, it’s like punching the air. What of the hundreds of branded cars that have been trending on social media? And could his so-called Father Christmas farmers and patriots have purchased APC form for him if he were not a card-carrying member of the party?” Okwu asked.
He said the only option left for the CBN boss was to resign honourably or be disgraced out of office.
“We can’t afford to continue to retain a card-carrying member of the APC as CBN Governor. We now know why the economy is facing all manner of flops for the past 7 years.
“We can’t have on the saddle a CBN Governor who is using our commonwealth to sponsor the APC and this is why we are giving Emefiele 30 days to resign or be exposed. We have information on how he has been romancing with politicians in APC. Should he fail to resign, Nigerians will hear more about him,” Okwu vowed. 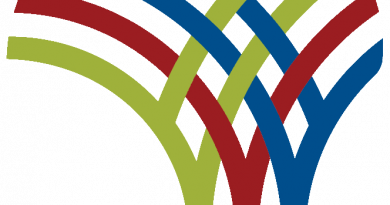