The Director-General of the Tinubu Support Management Council, Abdulmumin Jibrin, has dumped the All Progressives Congress for a yet-to-be-disclosed party.

Jibrin, who took to his Twitter handle on Saturday, made the declaration as he stated that he will declare his new political party within 24 hours.

The former member of the House of Representatives is at the fore of campaigning for the former Lagos State Governor and presidential aspirant, Bola Tinubu.

He wrote on Twitter, “I have done my best for APC. Its time to move on. I will announce my new political party within the next 24 hours insha Allah. I will make a formal statement in due course”

Meanwhile, Tinubu had just recently challenged other presidential aspirants of the ruling party, the All Progressives Congress, daring them to try and see who would win the party’s ticket and become the next president of Nigeria.

He said, “But for those who have decided to be an opponent, I will not dwell on that, let’s see who wins, but I want to win and I want you to work along with me and to convince more delegates.”

Tinubu also appealed to the forum to support his presidential ambition and also ensure the unity of the party in their various states to achieve success, starting with Osun and Ekiti elections which are close.

Tinubu added that he would address the economic and security challenges if given the opportunity.

“Many of you I know, and you have participated in governance and political activities. You have given a value to your various states. When we merged as one and took a broom as the symbol of our party; broom has a lot of meaning.

“Let me first of all address our element of constitution, I promise to look into that if elected. Our reward system as APC is very poor, and it was late before I could recognise that.

“Let me assure you, I won’t repeat that mistake if I’m elected. I know that you still have people who believe in you, in the system. In some states where we have divisions, please tell us, we have to harmonise and become one. Particularly, Oyo is divided, Osun and Ekiti elections are coming; these elections are precursors to the national election,” he added. 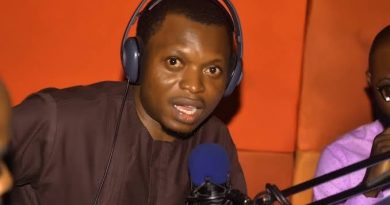 Why Periodic Elections Will Not Change Nigeria… By Agba Jalingo