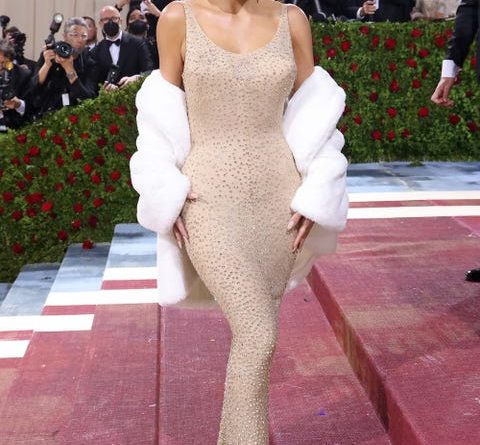 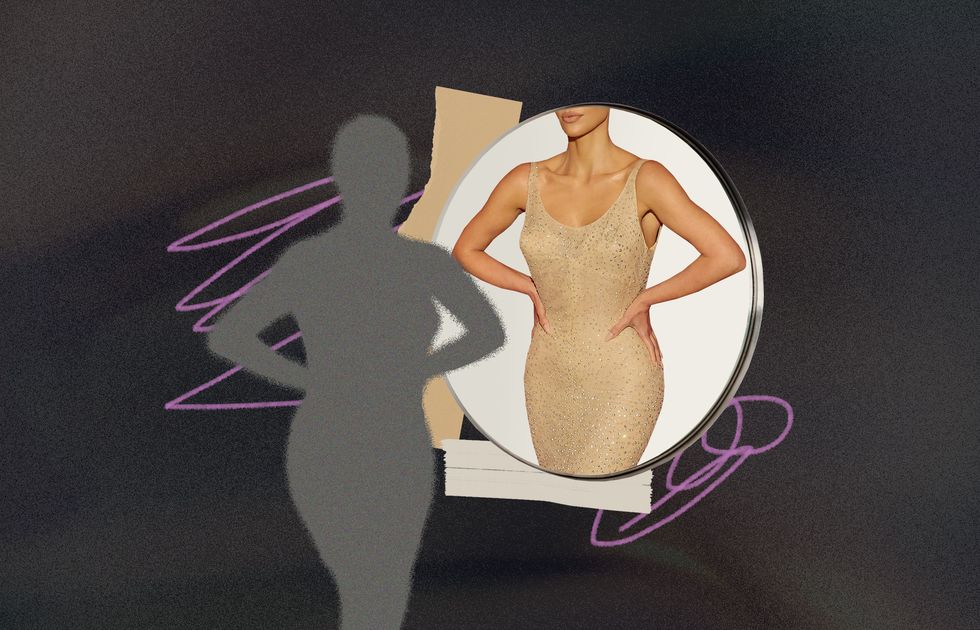 There was a lot to unpack this past first Monday in May. It was nearly impossible to be a person with an iPhone (especially a female-identifying one who works in fashion) without getting whiplash toggling between articles about red carpet looks and Roe v. Wade leaks. Within seconds, we found ourselves grappling with the fact that, as women, our most basic human rights were being destroyed, and that, no, that wasn’t Jared Leto. (Or was it? I’m still a little confused.)

I had all but decided my evening of ogling was over when my phone started vibrating uncontrollably with texts. Apparently, Kim Kardashian lost 16 pounds. For a Marilyn Monroe dress.

Let me step back for a minute.

I’m a former editor (even at ELLE.com!) and have worked at some of the world’s most amazing luxury brands. I also am a survivor of anorexia. And after I underwent treatment for the disorder, I, along with Christina Grasso (another industry veteran) started The Chain—an eating disorder awareness group of people that work in the fashion industry.

In part, we started The Chain out of our deep desire to help. In part, we started it for more selfish reasons: so that we both would have a place to go in order to talk about the specific challenges we faced working in an industry that celebrates, nay, glorifies being skinny, and trying to stay recovered. Challenges like updating PR teams that would send me free clothes of my new “healthy” size. Challenges like the general idea that my worth was tied to my thinness. And challenges like Kardashian, who self-identifies as an influencer, seemingly normalizing rapid weight loss to her devoted legion of followers.

And so, my phone had started vibrating with texts and DMs from friends, members of The Chain, eating disorder patients that I work with, and family members, all asking if I had heard the Kardashian news.

“I tried it on, and it didn’t fit me,” Kardashian, clad in the ORIGINAL Marilyn Monroe “Happy Birthday” dress, which the late star wore to sing to then-president John F. Kennedy, said to a reporter. “And so I looked at it, and I said, ‘Give me three weeks.’ I had to lose 16 pounds to be able to fit this, but it was such a challenge. I was determined to fit it.”

Listen, I love the Kardashians. I find them as a family unit funny, irreverent, and interesting (I know I’ll get flack for saying that, but I do!). I also love—LOVE—a theme party, and have always appreciated the Met Gala attendees who really go for it. Lady Gaga in Brandon Maxwell in 2019. Rihanna in Guo Pei for China: Through the Looking Glass. Sarah Jessica Parker in McQueen—with McQueen!

I paused for a moment: Was this just incredible performance art? Was Kardashian showing dedication by supposedly losing this weight to fit into a dress and therefore fit into a character? Was this the ultimate costume party commitment? And in turn, as I plan for my friend’s theme birthday party in L.A. at the end of the month, can I also do something drastic to be “more committed”?

I know what you’re thinking: that’s a big stretch. But let me tell you how eating disorder brains work. Eating disorders LOVE to be tested. Most people with eating disorders are competitive, high-achieving individuals. They’re typically the kid in class that does the extra credit assignment every single time.

I was competing against unknowing colleagues, the cafeteria, the clock, and the fashion industry. It was exhausting. And I was addicted. I oftentimes wonder, if anyone around me had known what was going on in my brain, would they have rescued me? Would they have said, ‘THIS IS NOT OKAY.’ Would my unhealthy thoughts and habits have been called out as “scary”? Or, was everyone around me also doing the same?

There is absolutely nothing normal, healthy, or cool about losing weight to fit into a dress.

The dress on display at a Christie’s auction in Beverly Hills, Calif. in 1999.

And Kardashian publicly, uninhibitedly saying she starved herself to fit into a dress for a party? That’s gold (pun intended). It normalizes that losing weight for this reason, in this specific amount of time, is something to be applauded, and rewarded. It is definitively not.

As a firm believer in peer support, I personally took to Instagram to acknowledge what my inner circle was talking about, and what I knew would be coming in the media.

Here’s the thing: There is absolutely nothing normal, healthy, or cool about losing weight to fit into a dress—not even for the Met Gala, not even if it belonged to Marilyn Monroe. Glamorizing weight loss is an extremely dangerous thing to do.

Women and girls are listening to what’s being said—on Instagram, on TikTok, and the unnamed platform that has yet to launch but will be built to feed off of young people’s insecurities—and people of influence (and yes, brands too) have a responsibility to learn how to do better when it comes to referencing mental health issues. For such a fleeting moment, was the look even really worth it?

Zhoosh up your summer ice cream game like a pastry chef

Transcript for Vital Signs Telebriefing: Children with sickle cell anemia are at risk for stroke and other complications

The secret to glossy, healthy, A-lister hair? All the celebrities who give you hair envy are probably using OUAI. Created