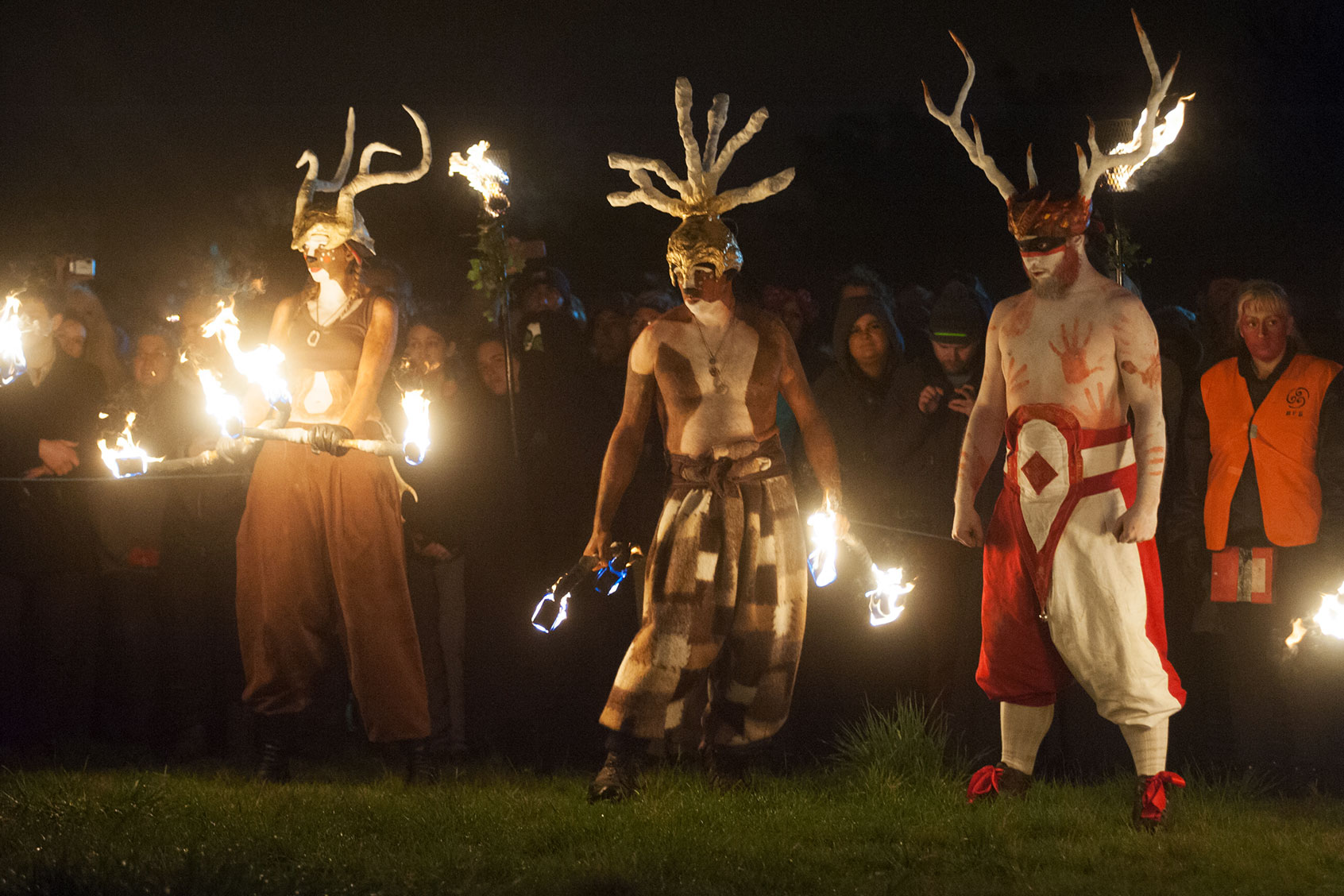 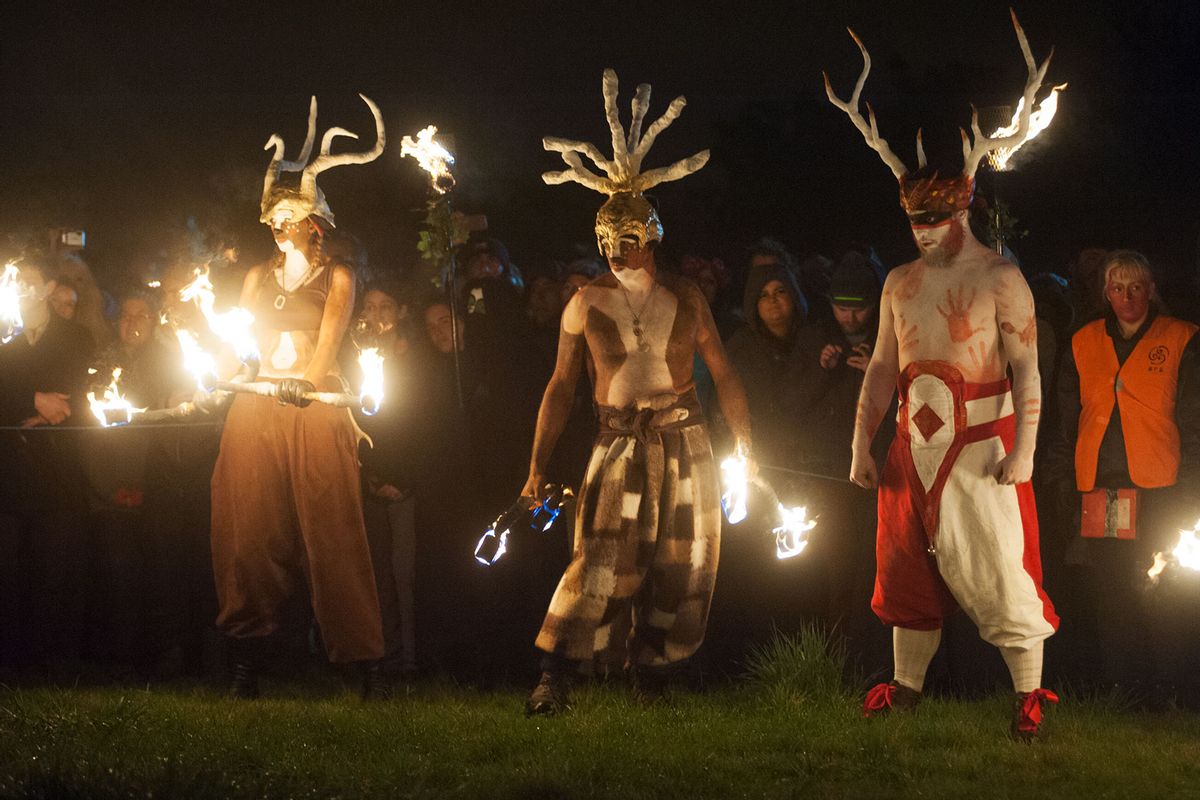 If you have any witchy or Wiccan friends, come late April, you’ll likely see their tributes to Beltane popping up in your social media feeds. But while it may seem like a new trend sparked by recent “witchcore” aesthetics, Beltane’s origins go so far back that there aren’t historical, written documents to certify its inception. Here are 10 fascinating facts about this mysterious festival.

1. Beltane marks the end of spring and beginning of summer

Beltane traditionally kicks off at sunset on April 30 and continues through the night into May 1, a day traditionally seen as the beginning of summer. It’s a celebration of the arrival of the lighter, longer days to come.

The Ancient Gaelic Celts were herdsmen, and as such their lives revolved around their cattle, horses, and sheep, so the festival marked the beginning of a new livestock cycle. “May Day” celebrations on May 1 around the world originate from Beltane.

2. Beltane is one of the four ancient Gaelic seasonal festivals

The four Ancient Gaelic seasons were demarcated by rituals. There’s Beltane on May 1; Lughnasadh, which notes the start of harvest festival, on August 1; Samhain, a celebration of the end of harvest season, on October 31 – November 1 ; and Imbolc on February 1, which marks the start of spring. All four seasonal festivals have individual rites and traditions that aim to appease both natural and supernatural forces, and all four have histories of similar traditions practiced across the far reaching Gaelic regions of the British Isles, from the Outer Hebrides to Southern Ireland.

Beltane was celebrated across the Gaelic Celtic regions of the British Isles, including Scotland, Ireland, Wales, the Isle of Man, Devon, and Cornwall. The Celts occupied much of present-day Europe until driven back by the Roman Empire. The Romans successfully invaded the UK in 43 CE and managed to occupy most of England, but Ireland, Scotland, and Wales proved too rugged a landscape and were too ferociously defended. Those lands remained under the control of the Gaelic Celts, and Celtic languages are still practiced in those countries today.

The first recorded mention of Beltane was in the 10th century CE text “Cormac’s Glossary,” known in Gaelic as “Sanas Cormaic.” The Irish Bishop King, Cormaic was from Munster in the south of Ireland. He wrote his text, explaining key Gaelic terms, for the Latin-speaking Romans. He recorded that Beltane takes place on May 1 to celebrate the beginning of summer. He also talked about druids making two fires for the livestock to pass through.

5. Bonfires are the star of the show

Burning large fires was, and still is, the fundamental activity that unites all Beltane traditions no matter where they take place. In ancient times fires were used ritualistically, as they were lit by druids for the fire god Biel (sometimes spelled or Bel). Biel was asked to grant protection for the livestock from natural catastrophes such as disease and illness in the year ahead, as well provide protection from supernatural forces such as “the darkness” and witches’ curses. The herdsmen then drove their cattle or sheep between the two bonfires before jumping over the flames themselves.

People were keen to please the fairies, known in Gaelic as the aos sí, who were believed to be particularly mischievous around Beltane and Samhain. The fairies were “supposed then to possess the power and inclination to do all sorts of mischief without the slightest restraint,” as Thomas Crofton Croker wrote in his 1825 text.

One prank the aos sí were known to pull was poisoning milk and dairy products. (This is before mass pasteurization, after all.) Offerings of food and milk were left on doorsteps in the hopes of appeasing the aos sí. The Beltane fires were also understood to ward off witches, who could cause havoc if allowed too close.

7. Beltane was celebrated into the 19th century

Beltane festivities occured more recently than you may think—it was celebrated throughout the centuries until the late 1800s. Famous historian Ronald Hutton gathered written recordings of events in Ireland and rural Scotland, where great hillside bonfires and rituals were mentioned in diaries and local text. He found evidence of the rituals in Munster in the 1820s and Leinster in the 1830s (both in southern Ireland); the Scottish Hebrides had similar festivities around then as well. He also found evidence of Beltane rituals in the Isle of Man in 1837, which is not surprising as the island still retains much of its ancient Celtic identity to this day, including its Celtic language of Manx.

8. Beltane has been revived

Since the 1980s, Neo-Pagans and Wiccans have revived the pre-Christian festival. They often celebrate by carrying out small rituals that provide a connection with Earth’s seasons. Some recommended activities include building a special Beltane altar and covering it in seasonal flowers, having a bonfire, crafting a crown of flowers to wear, holding a Beltane feast for your friends and loved ones, or even making your own Maypole out of wood and ribbons.  ​​

9. You can celebrate Beltane in Edinburgh, Scotland

Scotland’s capital city has hosted the Beltane Fire Festival since 1988. While this revival celebration is different in content—there’s no livestock in sight— in essence the intention is the same. People come together on top of a hill to welcome in summer by lighting a huge bonfire. Before the bonfires are lit on Carlton Hill, the thousands of attendees witness a world-class fire show and procession, with pagan characters such as The Green Man and May Queen parading around the park accompanied by drummers and body-painted, flame-wielding dancers.

10. People in the southern hemisphere celebrate Beltane on November 1

Those in Australasia, South America, and other areas in the Southern Hemisphere swap the positioning of Beltane and Samhain due to having different seasons in play on that side of the world. This makes sense as the date isn’t as important as the practice of celebrating the end of spring and beginning of summer. 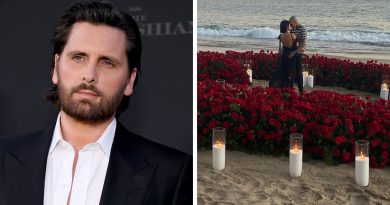 The fall of Roe v. Wade will only embolden the fascists: How will America respond? 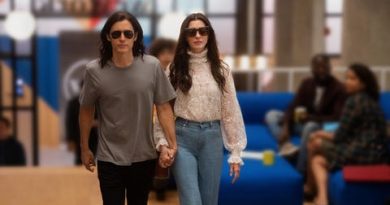 Why Are Katy Perry Hits Suddenly in This Season’s Scammiest Shows?

Billie Eilish Opens Up About Having Tourette Syndrome: ‘I’m Pretty Confident In It’