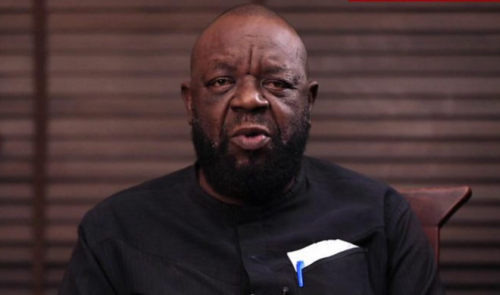 If you insist that Goodluck Jonathan can run for President because the 4th Alteration Act cannot be retrospective, please read the black letters of the Alteration Act again. And read it together with its Explanatory Memorandum, which is reproduced, as follows:

In reading above Explanatory Memorandum, keep in mind that its wordings bear the best and only evidence of the legislative intendment of the Act; and be guided to focus on the copious use of the word: was (instead of is), which is also repeated in the pertinent provisions of the Act, to wit: “A person who was sworn-in to complete the term for which another person was elected as President, shall not be elected to such office for more than a single term”.

Thus, in plain terms and without more, the plain language of the Act disqualifies Jonathan because he was sworn-in to complete Yar’Adua’s term and was thereafter elected to the same office for a singleterm.

In other words, having been elected, Jonathan shall not be elected as President for more than the single term he already enjoyed. That’s the plain meaning and intendment of the Act.

To be clear, the retrospective (or retroactive) reach of the Act lies in the express use of the phrase: ‘was sworn-in’. If the National Assembly intended the Act to be ‘prospective’, it would have instead resorted to using the phrase: ‘is sworn-in’.

So, the repeated and emphatic use of the phrase ‘was sworn-in’ in both the Act and its Explanatory Memorandum demonstrated a clear legislative and constitutional intent to make the Act retrospective.

The thesis that applying the Act to Jonathan would appear that he is personally targeted is a moral question, not a legal question.

Plus, one can argue that Jonathan is, as it were, the very mischief the Act set out to cure. That is: the mischief that lies in a Jonathan overshooting the eight years constitutional term limit if, perchance, he is elected to two terms after completing Yar’Adua’s unexpired term.

For avoidance of doubt, the retrospective tenor of the Act received judicial approval in the recent case of Toyin v. PDP where the Supreme Court held the 4th Alteration Act to be retrospective, not prospective.

In this very case, the apex Court retrospectively applied the sister provisions of the Act to a 2015 pre-election matter which was filed and pending long before the Act was enacted.

In view of the foregoing, Jonathan’s candidacy would be burdened by a helluva of nasty legal challenges that would significantly diminish his electability and mar his legacy.
—