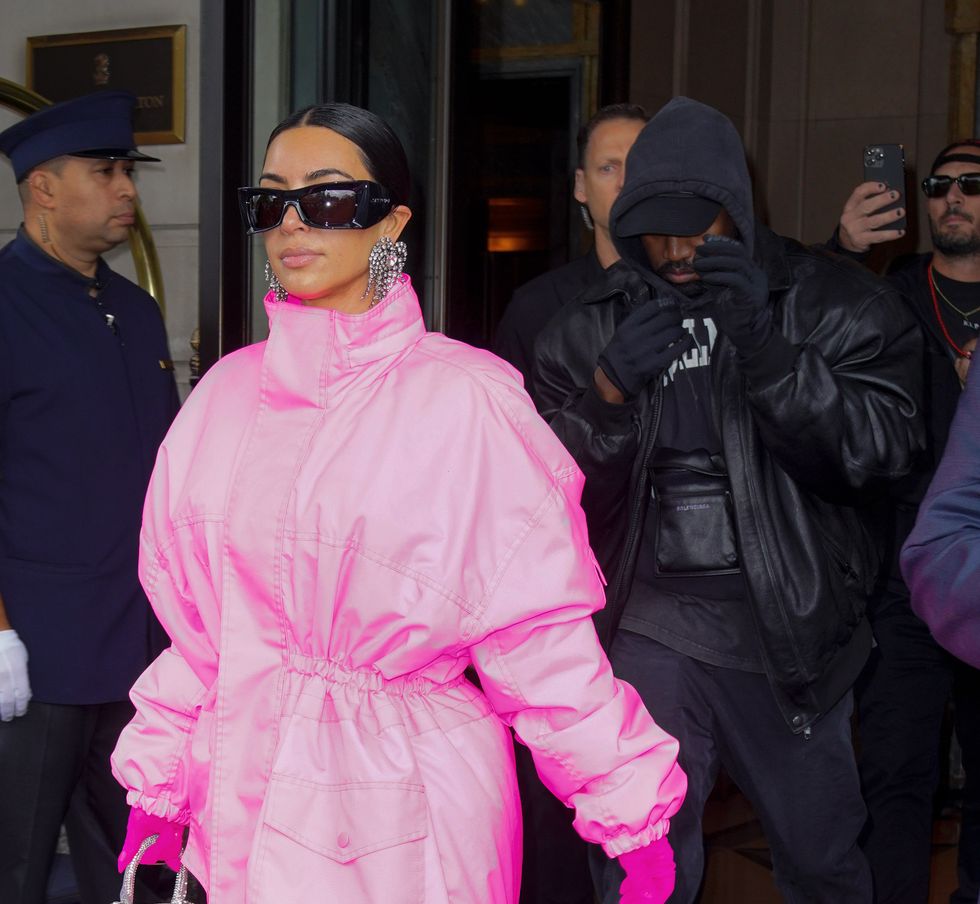 In its third episode, Hulu series The Kardashians showcased a very grand gesture that Kanye West did for his estranged wife Kim Kardashian in October—and how far he literally traveled to do it for her.

Kardashian was about to host Saturday Night Live at the time and was privately concerned about her and Kanye West’s son Saint seeing an advertisement on Roblox for unseen footage of her and former boyfriend Ray-J’s infamous sex tape.

At her New York hotel, prior to going to SNL, Kardashian revealed to her mom Kris Jenner, sister Khloé Kardashian, and close friends that West, who was in New York with her for SNL, took care of her sex tape scandal concerns personally. West flew from New York to Los Angeles to physically get the tape back for her.

West told Kris Jenner prior to Kardashian sharing the news with her family, “I just came from the airport. This is my travel in coach vibes. Well, I had to go to L.A. and come back so I just traveled to get something for Kim.”

“You went all the way to L.A. to get something for Kim?” Jenner asked.

“You are something else. What did you get?” Jenner asked.

“Well, that’s what she wants to show you,” West said.

Kardashian called her family into her room and told them, choking up, “So Kanye flew home last night and he came back this morning, and I want to show you what he got me. He got me all of the sex tape back,” she said, opening the suitcase with the computer and hard drive. “And he flew home and got the computer it was on and the hard drive and [he met] Ray-J at the airport and got it all back for me.”

In a confessional, Kardashian added, “I know Kanye did this for me but he also did this for my kids. I want to shield them from as much as I can, and if I have the power to or if Kanye has the power to, like that is the most important thing to me, and I’m just like so emotional because of it. And it just means a lot to me.”

West confirmed there was no check or extreme amount of money exchanged, and the tape wouldn’t be exploited again. “How good is God that this happened like right here at this time?” West told Jenner.

The below paparazzi photo of Kardashian and West walking out to her car happened after the emotional hotel confession.

Maintaining the “Magpie Murders” main title mystery: The clues, the murders and a bird masquerade