The member representing Michika Constituency in the Adamawa State House of Assembly, Ayuba Kwada, has been sacked, SaharaReporters can report.

Kwada’s seat was declared vacant by the Speaker of the Assembly, Aminu Iya-Abbas on Wednesday, following his defection to the All Progressives Congress (APC).

Addressing journalists after the action, the House Committee Chairman on Information, Japhet Kefas, who is also the member representing Gombi Constituency, said Kwada’s defection had contravened section 109 of the constitution. 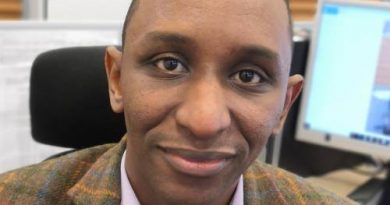 Irrational And Inconsistent, The Results Of el-Rufai’s Policies In Kaduna, By Nasir Aminu

2023: Buhari To Endorse Favourite Among Osinbajo, Amaechi, Tinubu, Others Before Ruling APC Primary