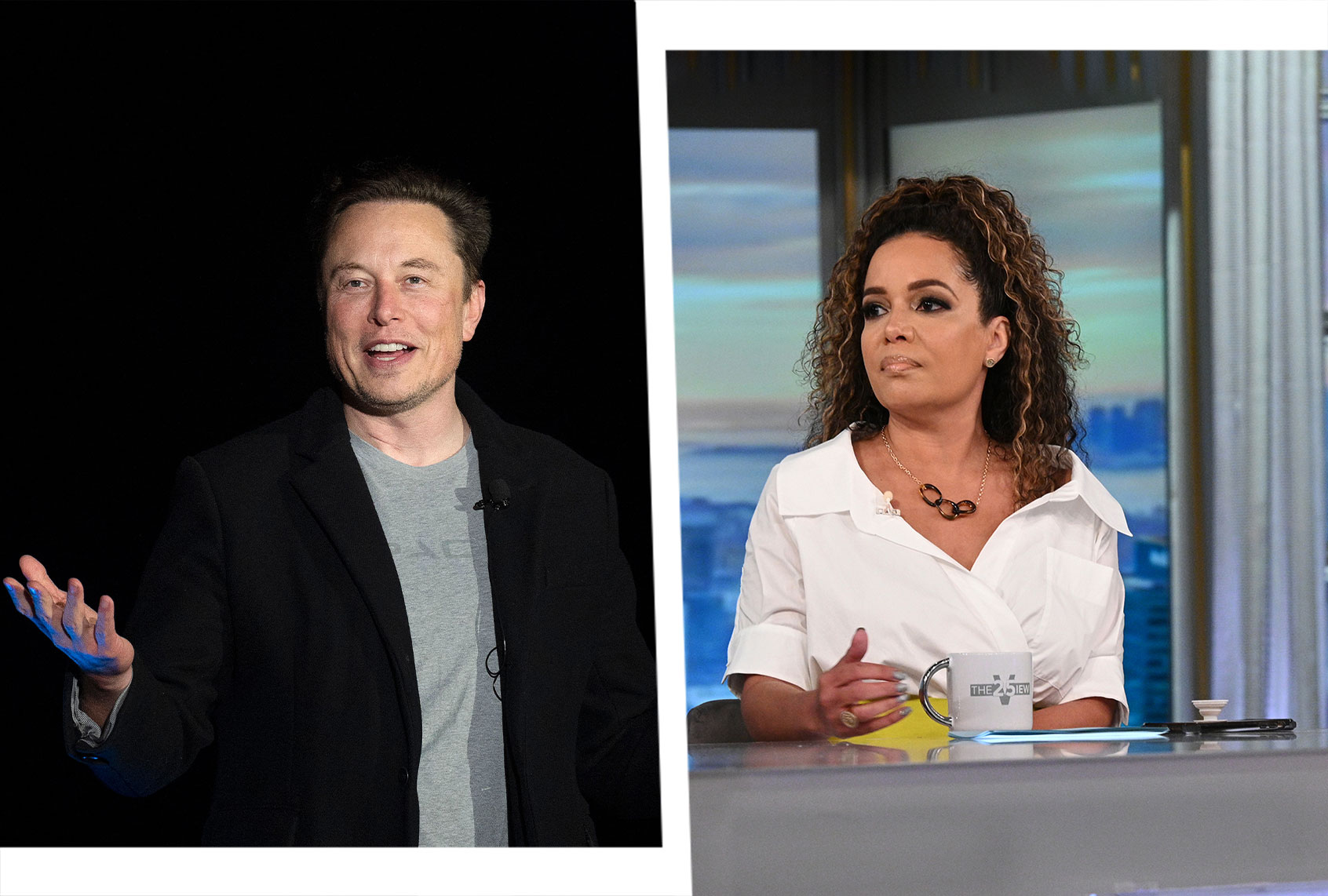 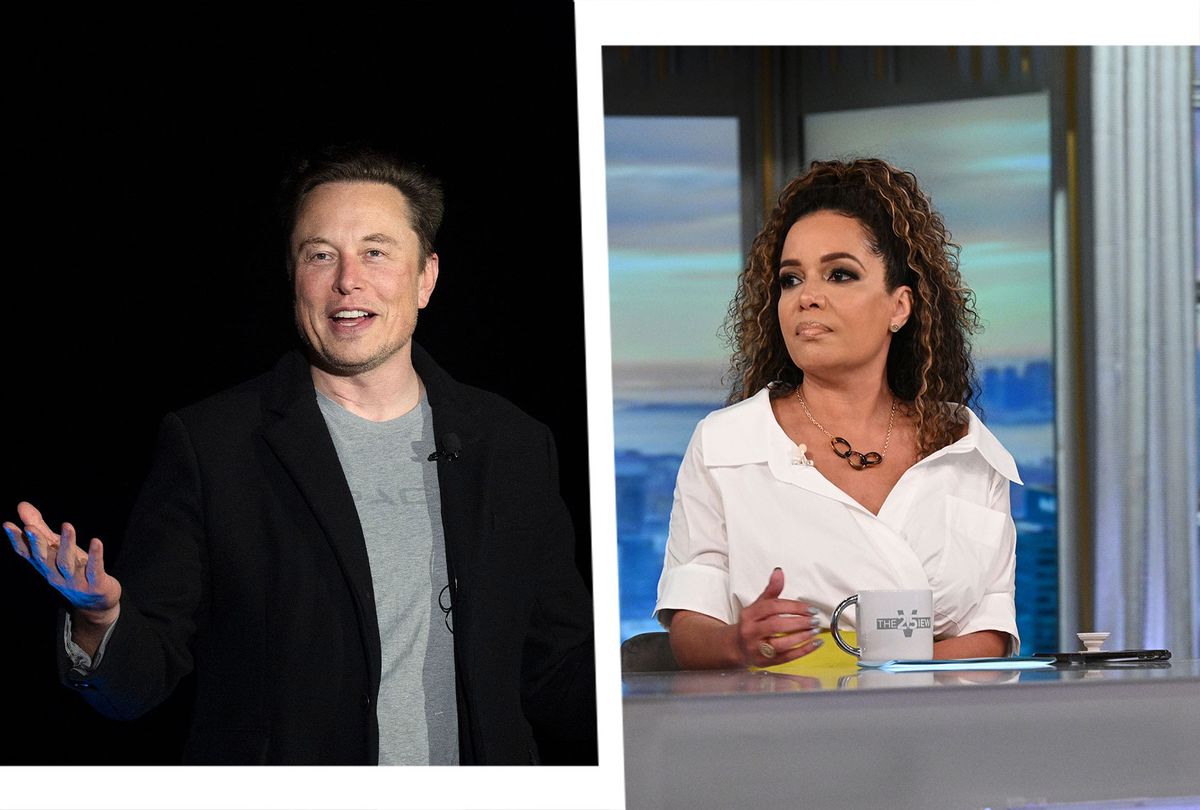 Elon Musk – protector of free speech or the far right?

On Monday, news broke that the Tesla CEO is all set to purchase Twitter after reaching a monumental $44 billion deal. The announcement has since prompted debates and raised questions about the increased spread of misinformation, especially as right-wingers — from Florida governor Ron DeSantis to Tennessee Senator Marsha Blackburn — celebrated the “comeback” of free speech.

The biggest concern continues to be the future state of Twitter, which is now publicly owned by the world’s richest man and a self-declared “free speech absolutist.” Does the recent acquisition mean more conservatives and their cronies will have a platform to proudly spew hot takes riddled with harmful rhetoric? Will blue Verified badges be awarded more easily? And, also, will former President Donald Trump get back his long-lost Twitter account?

Of course, on Tuesday’s episode of “The View” its hosts weigh in on the recent discussion and question why conservatives are so enthusiastic about Musk’s new deal.

Co-host Sunny Hostin claims Musk will allow users to “say whatever they want” without any repercussions, which will consequently “unleash the trolls.” Hostin emphasizes that the majority of Twitter users are straight, white men, meaning Musk’s takeover will hurt marginalized groups the most.

“I think it’s going to be scary to a lot of women because there have been some surveys done, and 38% of women around the world have said that they have been on the receiving end of a lot of abuse on Twitter,” Hostin says, referring to findings from The Economist Intelligence Unit (EIU). “85% of women have said that they have seen the abuse.” Hostin also references a 2019 study from the Pew Research Center, which states that “22% of American adults who use Twitter are representative of the broader population.”

“It seems to me that it’s about free speech of straight, white men,” Hostin adds.

On cue, Hostin received backlash later on Twitter, where — unsurprisingly — straight, white men — and media outlets — took took offense at her claims and called her comments a “dumb reaction.”

“I can’t blame Sunny Hostin for saying this . . . if I was untalented and had no idea what was going on, I’d default to blaming white men for everything,” wrote author Ryan James Girdusky. “It’s the easiest way to get a promotion in the media.”

PragerU, the infamous right-wing online “university,” also tweeted a snippet of Hostin’s clip with commentary from media personality Will Witt, saying, “Sorry Sunny, I know this might be shocking to you, but when you have free speech, that means straight, white men get to have a voice too.”

On the show, Hostin says she hopes Musk’s acquisition of Twitter will prompt the inception of new social media platforms where “real people” are talking with “real” freedom of speech.

“I’m kind of tired of billionaires taking over our modes of communication,” she adds, also including Jeff Bezos and Mark Zuckerberg as examples. “I guess billionaires want to take over free speech, and I’m not here for it.”

Co-host Sara Haines notes that Musk is planning to increase verification on the platform, which she says is a step in the right direction. Haines claims the move will reduce “some of the toxicity on Twitter” by increasing visibility and encouraging users to think twice before posting something “nasty.” How that’s supposed to actually guard against trolls or other hateful takes is not clear seeing as it really hasn’t stopped anyone before, whether they’re verified or not.

Ana Navarro addresses the politicization of the social media platform: “[Conservatives] have been waging war against Twitter, they’ve been selling the narrative that Twitter stifled freedom of speech, [and] they want to see Donald Trump get back his Twitter platform.”

Guest co-host Amber Ruffin, who also hosts “The Amber Ruffin Show” on NBC and Peacock, says Musk’s choice to spend a whopping $44 billion on Twitter is enough to prove that he’s bad at making decisions.

Ruffin closes out the discussion with one final point:

“I think Trump is going to come back to Twitter, and it’s going to be horrible but also, very hilarious.”

Can any animal recognize its reflection? New studies shake up old ideas

Stephen Miller now a target of DOJ investigation — will he be the one to flip on Trump?