A pall of gloom descended on the ‘Buhari House’ National Secretariat of the ruling All Progressives Congress on Friday following the decision of the National Chairman, Senator Abdullahi Adamu, ordering all departmental directors at the party headquarters to proceed on an indefinite suspension.

Adamu had on assumption of office on April 1 hinted at the possibility of reorganising the national secretariat.

He has in the interim embarked on remodelling the party secretariat, relocating his office from the third to the ground floor.

On April 1, Adamu had disclosed the possibility of probing the staff of the secretariat, especially its directors.

The former Nasarawa governor declared that the party could not continue to carry on with the old way of doing things, adding that his administration will have zero tolerance for failure.

He immediately set up a transition committee headed by a former governor of Jigawa State, Ali Saad Birnin Kudu, to study the handing over note of the defunct Caretaker/Extraordinary Convention Planning Committee and other sundry matters affecting the national secretariat of the party.

According to Vanguard, Adamu, based on the committee’s recommendations, decided to suspend eight of the directors.

Some of the affected departments include administration, organisation, welfare, strategy, legal and publicity.

Adamu’s action is the first of its kind at the secretariat.

On assumption of office in June 2020, the then national chairman of the APC, Adams Oshiomhole, had said he would reorganise the secretariat by removing those, who had no business at the party house.

He indeed embarked on some form of staff verification and weeded out those found wanting. 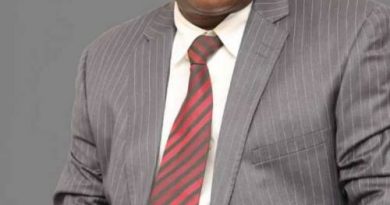 Nigeria: A Nation at the Crossroads Of Extreme Poverty, Conflict, And Disintegration By Richard Odusanya.