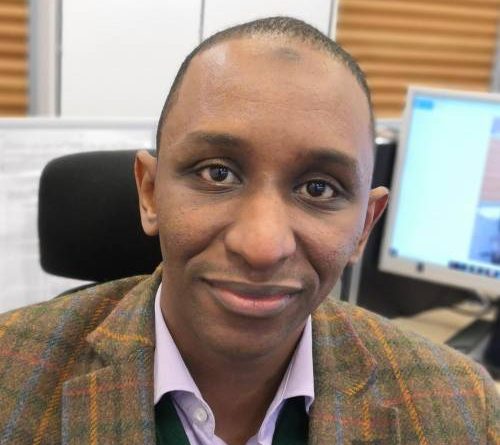 As of now, el-Rufai is leaving a legacy in Kaduna State, which will be used as criteria to judge his government. His inconsistent policies directly affect many institutions and sectors in the State, creating all kinds of socio-economic consequences. So it is a lot more difficult to defend the Kaduna State government’s policies when el-Rufai is its best role model.

The State’s socio-economic position is alarming, with high poverty and unemployment rates. According to the United Nation’s Global Multidimensional Poverty Index, 44% of the population in Kaduna are in extreme poverty. For every 100 people living in Kaduna, 44 people do not have access to health, education and essential living resources like water, housing, and food. The State has a combined rate of 73% for unemployment and underemployment, ranking second in Nigeria behind Imo State. That means only 27 people are fully employed out of every 100 living in the State. Although, Nigeria’s double-dip economic recession has contributed to making the country maintain its poverty capital status for the second successive year. However, the State is also wrestling with el-Rufai’s bad economic policies.

Some would argue that the el-Rufai government has built roads and bridges. However, rural areas’ infrastructural investment and community development are unbalanced. The government mainly invests in five local governments out of the twenty-three. The current data shows that building a bridge and roads is not attracting investments. The neo-liberal policies designed to collect taxes from the entire residents to raise internally generated revenues are people into hardship and creating inherent social issues in the State.

Of course, the State’ has fiscal sustainability challenges, which is why the State no longer reveals its investment funding sources. Gone are the days when roadside billboards show the figures, dates, and duration of contractors’ contracts in Kaduna. Neither does the Kaduna state government publish the information publicly. For example, the information on the cost and source of funds for the roads this government is building is unavailable. These are public funds, and transparency shows that public infrastructure procurement follows value-for-money standards and practices.

The World Bank 2021 report shows that Kaduna has a weak legal and institutional framework for public-private partnerships and does not pay contractors at the stipulated time. These contractors own businesses that employ thousands of people and borrow money at exorbitant rates from banks to make ends meet. Failure to pay companies has contributed to the closure of companies, causing hardship to owners. Unfortunately, we will only know the true economic position of Kaduna after this government has departed.

Nevertheless, the apparent outcome of the el-Rufai government is represented in the data. They have created a wider disconnect between the three political regions of the State in terms of jobs, security, investments, health, and education. The retrenchment of thousands of workers to allow the State to create an allowance for public spending has pushed hundreds of thousands into poverty, which brings me to the last point of discussion – education.

Last week, a Daily Trust reported that over 7,000 Kaduna teachers are awaiting posting nine months after recruitment. Their salaries have also not been paid – creating more hardship. Let’s recall when el-Rufai justified the sacking of 22,000 teachers in 2017 by calling them unqualified. He then employed 15,897 more but still found a way to explain the sacking of 4,562 of those he employed, all within a year. But this lack of consistency is not limited to the education sector. It is seen across the government’s Ministries, departments and agencies.

According to the 2020 Kaduna Annual School Census report, there are 5,312 public schools in the State – the figure keeps fluctuating by a wide margin every year. The report shows that 66% of these schools have no water source, 67% have no health facility, 36% have no decent chalkboard, and 80% have no power source. Most of these schools also need teachers because there is a shortage of teachers in public schools. Therefore, we must all be concerned about the future of the next generation. The parents of the over 2.5 million children in Kaduna State’s public schools are right to be worried.

UNICEF reported that Nigeria has about 11 million children out of school, the world’s highest recorded figure. The statistics show that one out of every five children you count globally is from Nigeria. As Nigeria’s third most populous State, Kaduna must enrol more children into education. The Almajiri system is contributing to the high illiteracy rate in our communities. The consequences of leaving young children uneducated have contributed to our insecurity challenges. But the State has not designed a pragmatic project that will prevent young boys from begging for food on the street.

In a nutshell, el-Rufai has not been able to develop a coherent policy that will improve the living standards of people living in the State. Based on the evidence, el-Rufai’s lack of understanding of basic economics has contributed to the present problems. Of course, that is why his political stock is plummeting as fast as the living standards of the people in Kaduna.

As I conclude, many would expect to read a solution for the problems created by el-Rufai. Indeed, el-Rufai will require an army of seasoned specialists to teach him some basics of economics before he can grasp the broader picture. But there is no guarantee of how long that will take. In the meantime, his advisers should find a way to make him understand that rolling out austere neoliberal policies does not work for developing economies. It only leads to harmful socio-economic consequences, like increased poverty, unemployment, poor education funding, and worsening income distribution.

Trump reportedly snipes at Ron DeSantis for “ripping off” his style: He’s “stealing” from me!