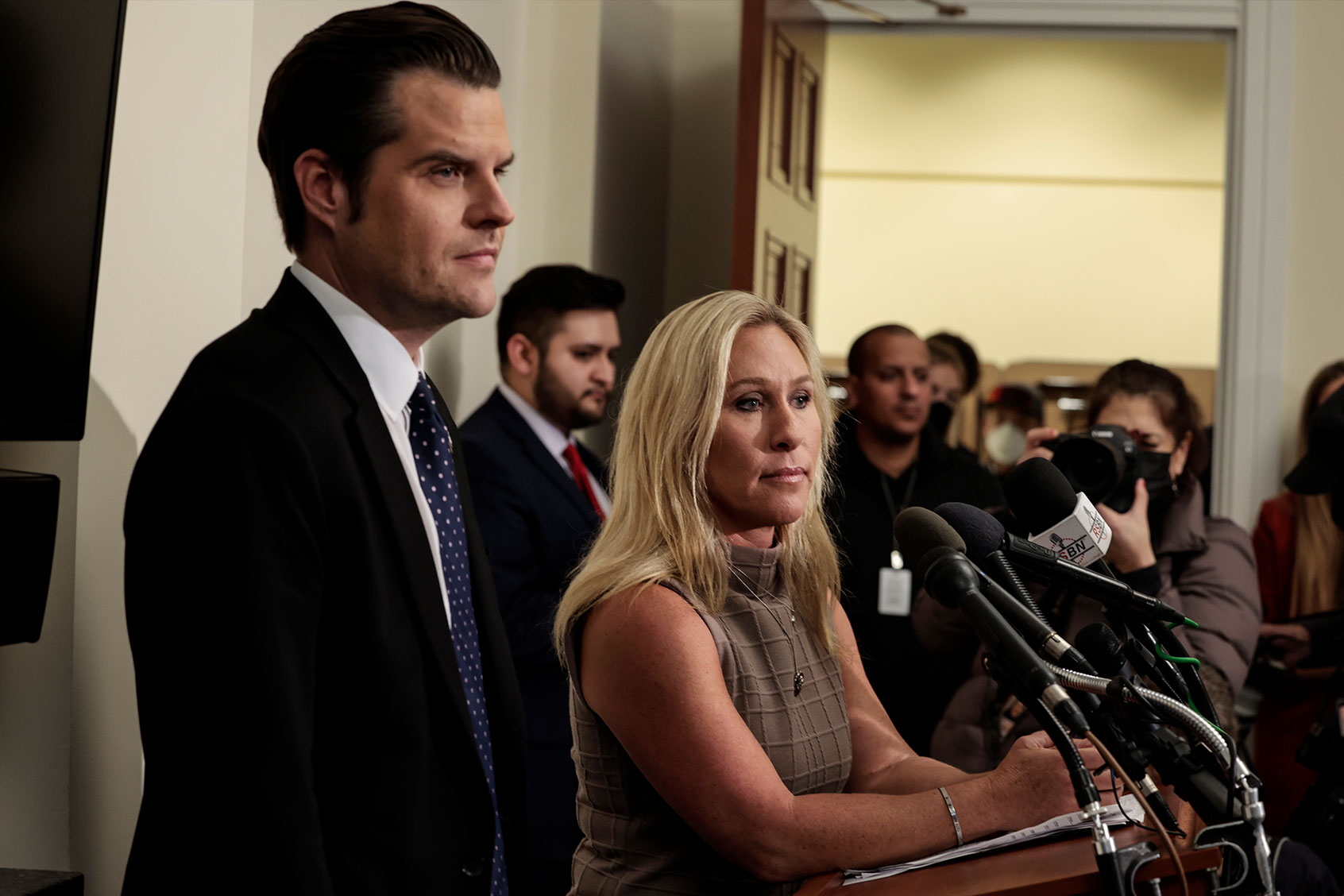 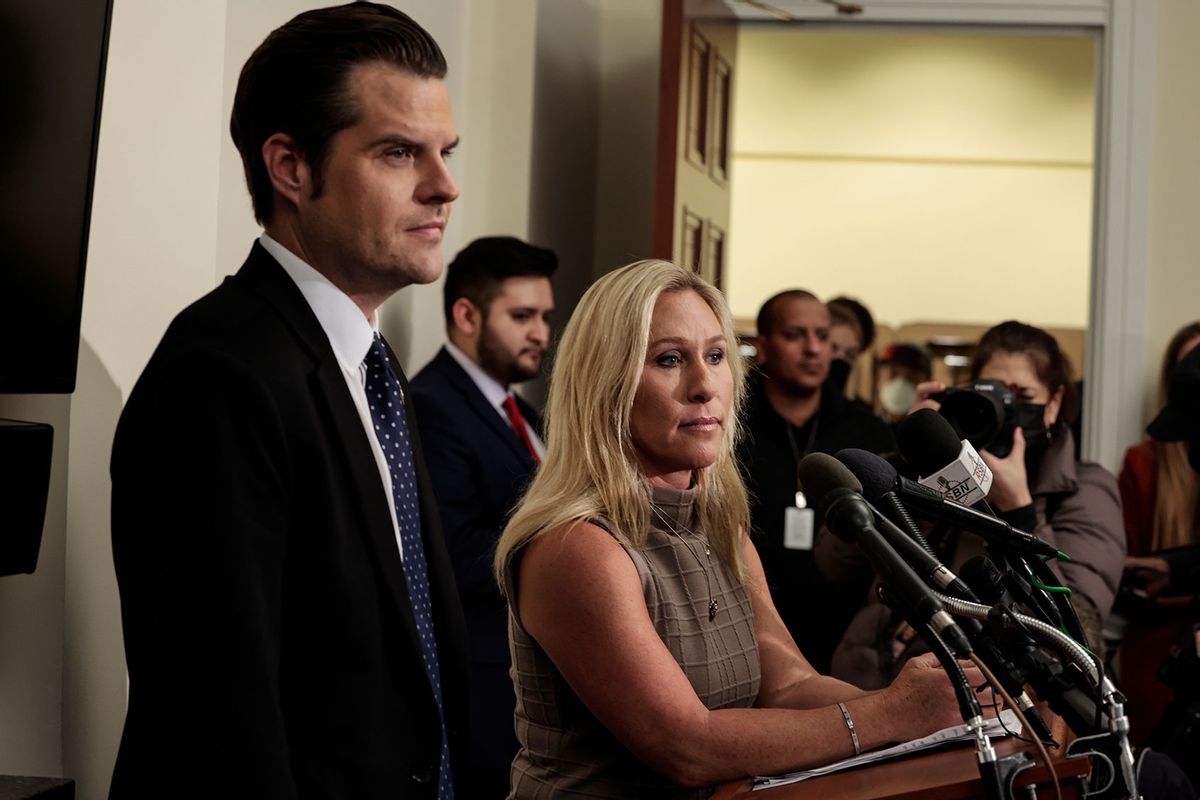 Over the past seven months, Reps. Matt Gaetz, R-Fla., and Marjorie Taylor Greene, R-Ga., have collectively funeled more than $25,000 to a group run by the architect of the “Eastman” memo, one of Donald Trump’s legally dubious schemes to subvert the 2020 election.

The payments, reported by The New York Times’ Shane Goldmacher, were reportedly made by Put America First, a joint fundraising committee founded by both Gaetz and Greene in anticipation of their nationwide “America First” revival tour, according to Politico. The recipient of those payments, the Constitutional Counsel Group, is a law firm led by right-winger attorney John Eastman, who advised Trump on how to overturn the election by “nullifying” electoral votes in certain battleground states.

Federal Election Commission filings reveal that Greene disbursed $10,000 to Eastman’s firm as early as January 14 of this year. Gaetz meanwhile paid $15,000 sometime between September and December 2021.

It remains unclear precisely what services the Constitutional Counsel Group provided to both lawmakers. However, both are facing their own financial and legal challenges heading into the 2022 midterms.

This week, The Daily Beast reported that Greene has already run up a campaign deficit of $314,000 in the first three months of this year. And last Friday, a federal judge indicated that he’d allow a state lawsuit challenging her candidacy to proceed, suggesting that she may not be able to run over rhetoric that may have incited the Capitol riot.

Gaetz, for his part, remains steeped in a years-long federal inquiry into possible sex trafficking of a minor. Last month, ABC News reported that the Florida lawmaker’s fundraising has taken a substantial hit as the probe has intensified. During the final quarter of last year, Gaetz apparently raised $534,000 – just a third of the sum he amassed during that same period the year prior.

Asked about the payments to Eastman’s group, Greene’s office said that Eastman “is one of the leading constitutional attorneys in the country. When we need advice on significant constitutional issues, we have occasionally sought his counsel. The particular issues for which we sought his advice are protected by attorney-client privilege, however.”

Eastman was a key fixture in the former president’s failed conspiracy to reverse the results of the 2020 election. During the leadup to then-President-elect Biden’s certification, the attorney concocted a far-reaching plan to have former Vice President Mike Pence “challenge” electoral votes cast by states like Arizona, Georgia, and Pennsylvania. Ultimately, the former president rebuffed the plan, paving the way for Biden to assume office.

Despite that setback, Politico notes, Eastman remains headstrong. Last month, Eastman was secretly recorded pressuring the GOP-led Wisconsin legislature, which is currently conducting an audit of the election, to subvert Biden’s win. 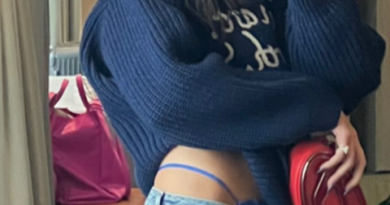 Biden calls out “domestic terrorism”: That’s important, but is it enough to shift the narrative?

“He could have killed me”: Skepticism after video shows “slap” that made Giuliani cry “assault”