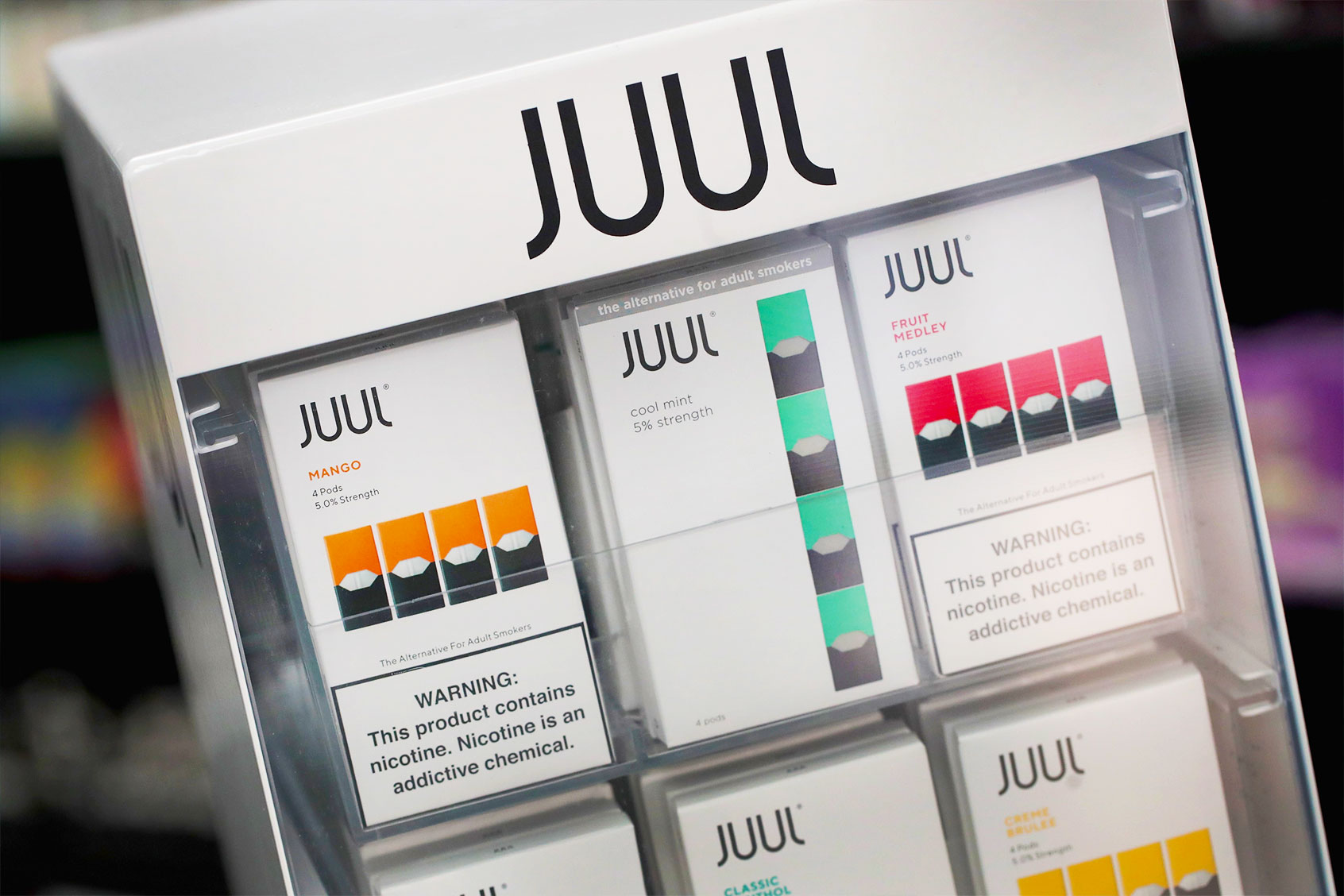 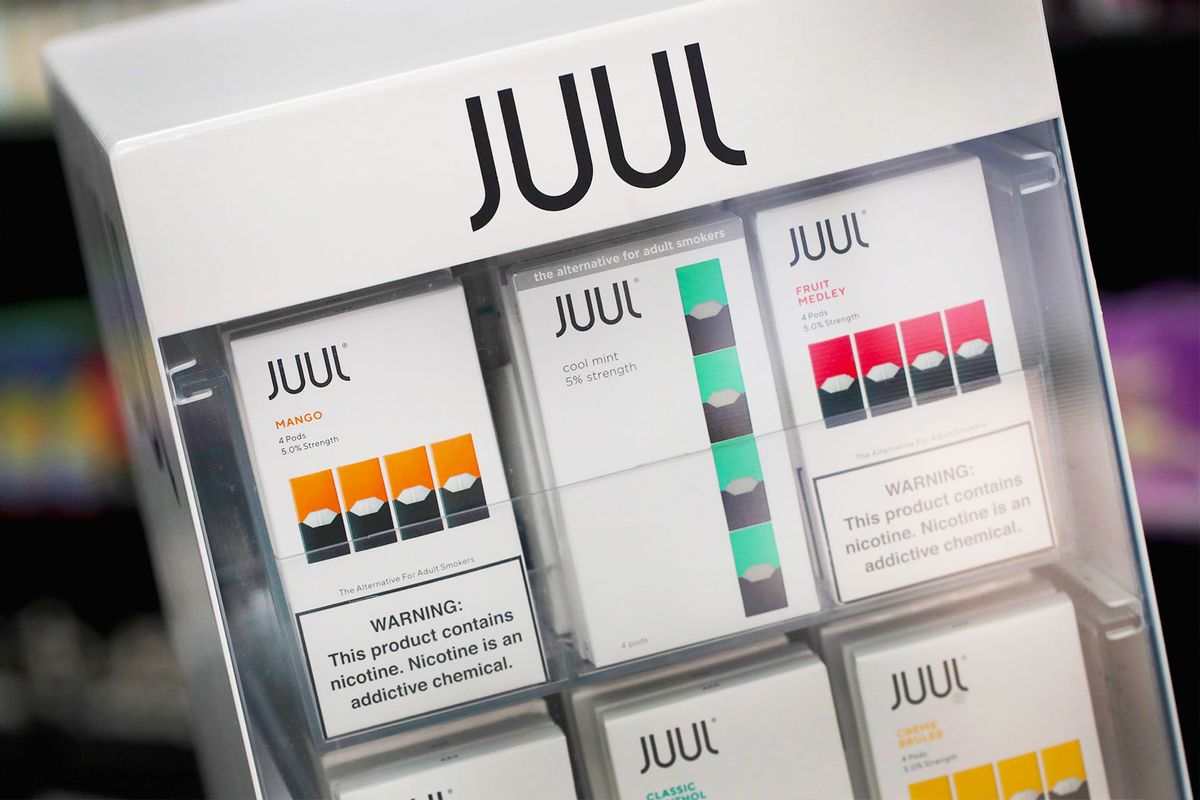 Opponents of e-cigarettes have long argued for a ban on flavored vape products — which experts say played a critical role in a startling resurgence of underage nicotine addiction. New research just revealed chronic usage of these tantalizing flavors may have also caused a hidden epidemic.

On Tuesday, scientific journal eLife published a study on mice that indicated brain, lung, heart, and colon inflammation resulting from daily e-cigarette use. The authors state their findings suggest that “daily use of pod-based e-cigarettes or e-cigarettes containing high levels of nicotinic salts over months to years, may cause inflammation in various organs, increasing the risk of disease and poor health.“

Taking a novel approach, the co-authors investigated not only long-term impacts, but also differences across vape flavors. Once-popular mango and mint products made by JUUL Labs Inc., which were used in the study, induced uneven responses among organs.

“This was a real surprise to us,” stated Laura Crotty Alexander, MD.  “This shows us that the flavor chemicals themselves are also causing pathological changes.”

“If someone who frequently uses menthol-flavored JUUL e-cigarettes was infected with COVID-19, it’s possible their body would respond differently to the infection,” Crotty Alexander noted.

RELATED: The FDA doesn’t know if flavored vaping chemicals are safe to breathe

These findings came as JUUL reached a $22.5 million settlement with the state of Washington. Alleging that the e-cigarette giant engaged in deceptive marketing practices intended to hook underage consumers, Washington filed a lawsuit.

Although the consent judgment of the settlement does not constitute an admission of wrongdoing, JUUL has repeatedly found itself at the center of controversy.

Following an FDA crackdown in 2018, the e-cigarette giant pulled many of its flavored products and halted expansion overseas. Now limited to mint and tobacco flavors in the United States, JUUL pods still contain high levels of potent nicotinic salts. Exposing mice to aerosols of these salts over the course of 3 months, the scientists simulated chronic usage.

“It’s clear that every e-cigarette device and flavor has to be studied to determine how it affects health across the body,” Crotty Alexander added.

Focusing on the acute impacts of short-term use as well as older types of vaping devices delivering far less nicotine, previous investigation into the relative safety of these substances is limited. One JUUL pod delivers more nicotine than a pack of cigarettes at higher concentrations than newer pod-based e-cigarettes.

“These pod-based e-cigarettes have only become popular in the last five or so years, so we don’t know much about their long-term effects on health,” Crotty Alexander elaborated.

Strikingly, inflammation most profoundly impacted the brain of mice in the study. Of particular interest, the authors observed neuroinflammation in areas critical for motivation and reward-seeking behavior linked to anxiety, depression, and addiction.

“Many JUUL users are adolescents or young adults whose brains are still developing, so it’s pretty terrifying to learn what may be happening in their brains considering how this could affect their mental health and behavior down the line,” said Crotty Alexander.

Despite supposed benefits to e-cigarettes for people quitting smoking, evidence within the industry sometimes points to the contrary.

“We don’t think a lot about addiction here because we’re not trying to design a cessation product at all,” an early JUUL engineer told the Verge in 2015. “Anything about health is not on our mind.”

JUUL seems aware of the popularity of underage e-cigarette and vape use. On their website, the company issues a promise “to reverse this trend [of underage use] by focusing on restricting access to our products and limiting appeal of our products.”

Referring to the Washington settlement, JUUL said in a statement that the settlement was “another step in our ongoing effort to reset our company and resolve issues from the past,” adding, “we support the Washington State Attorney General’s plan to deploy resources to address underage use, such as future monitoring and enforcement.”

Yet according to the state of Washington, the addictive potential for underage consumers was by design.

Indeed, in a 2019 hearing, the US House Economic and Consumer Policy Subcommittee found that JUUL deliberately targeted children in schools.

Caleb Mintz and Phillip Fuhrman, two high school students from Nevada, testified that a JUUL official came to their school to speak to their 9th-grade class for an addiction seminar. They reported that while teachers were out of the room the representative repeatedly called JUULs “totally safe.”

“For my classmates who were already vaping, it was a sign of relief because now they were able to vape without any concern,” Mintz said. “I believe that after this meeting, kids were more inclined to vape because now they thought it was just a flavor device that didn’t have any harmful substances in it.”

Further, the representative showed them how to use it and told one student with a pre-existing addiction to nicotine to use it.

According to O’Leary, JUUL bribed tribal medical officials with $600,000 intended to pay for new medical equipment. In exchange, the medical officials had to give free e-cigarettes to members of the tribe and collect information.

“[The] order compels JUUL to surrender tens of millions of dollars in profit and clean up its act by implementing a slate of corporate reforms,” Ferguson continued.

Read more on e-cigarettes and health