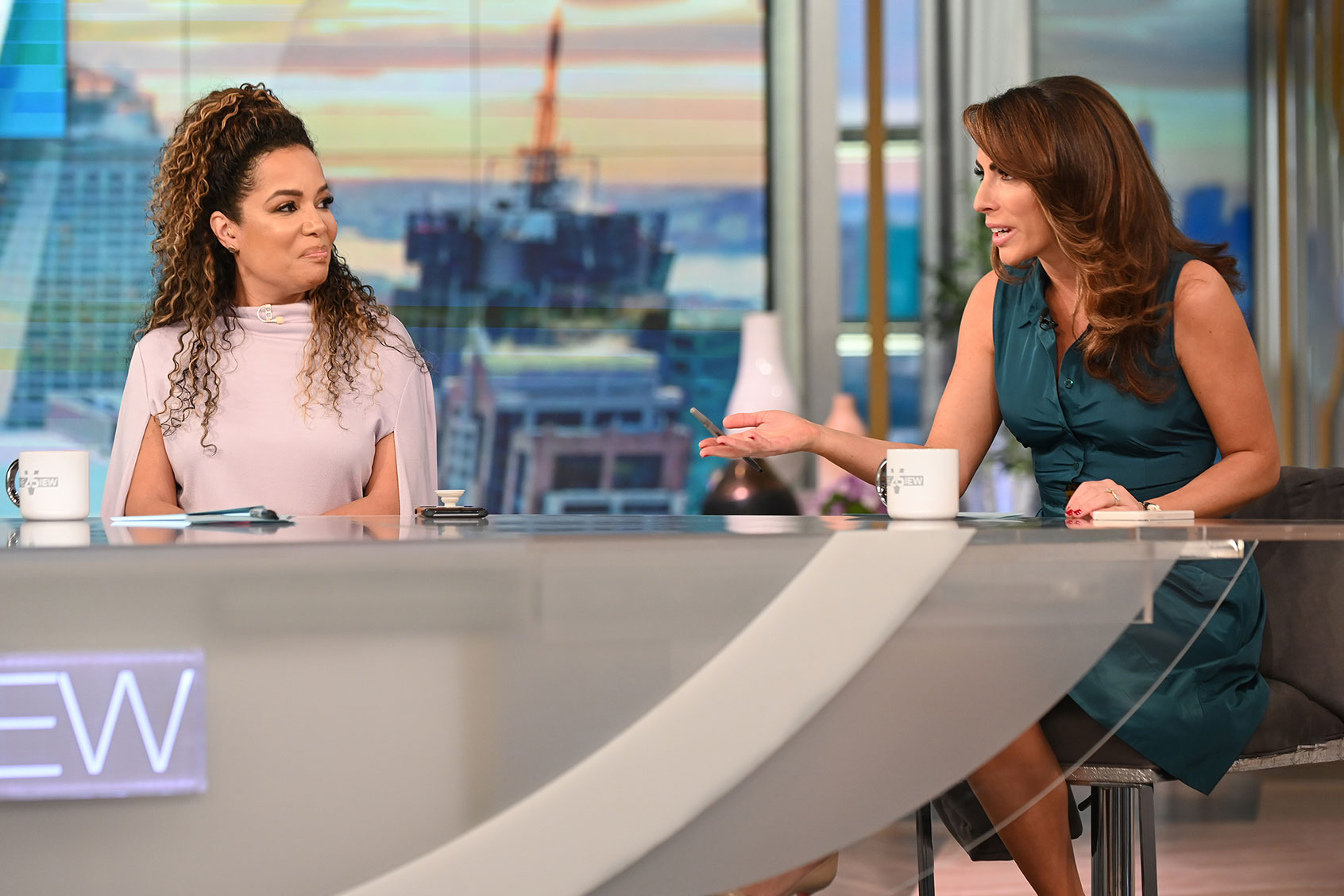 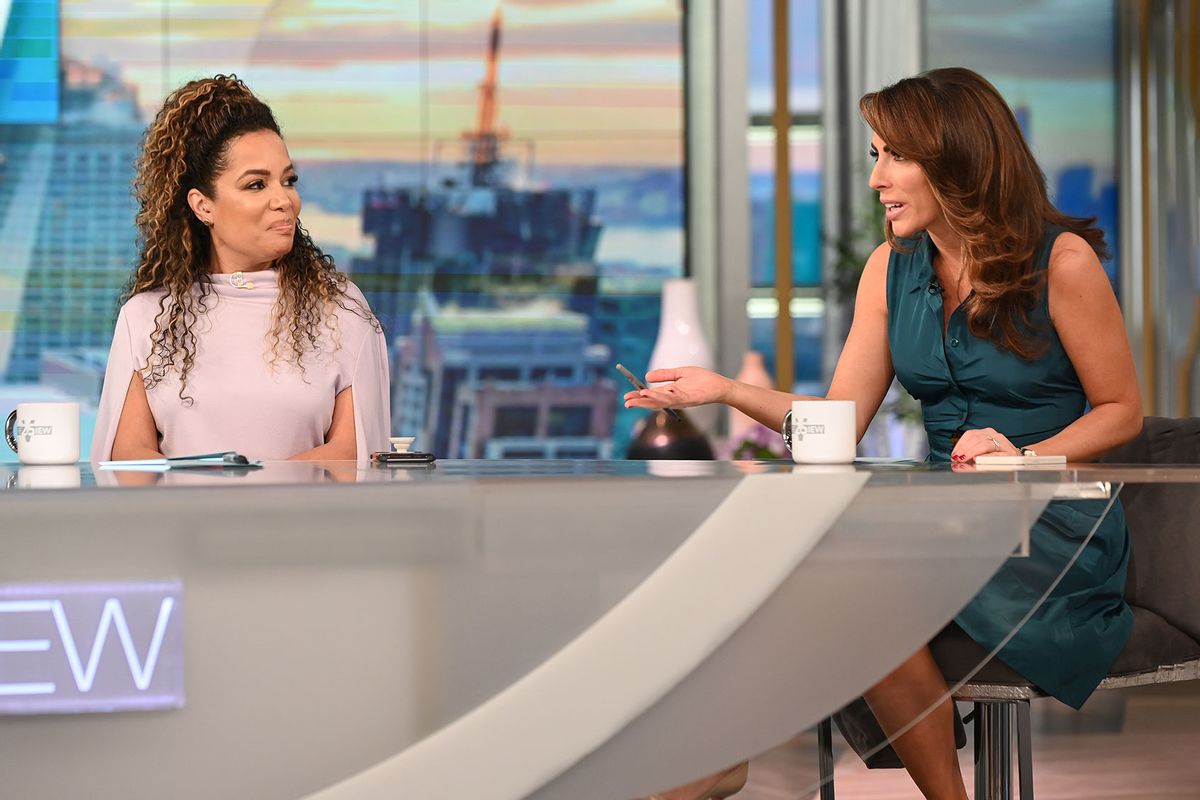 Following Tuesday’s mass shooting on the New York City subway, debates on the nation’s gun laws and policing practices have naturally resurfaced. The main question still remains whether stricter gun ownership legislation — and increased policing — are enough to decrease mass shootings. Of course, “The View” hosts also weigh in on the divisive discussion.

During Wednesday’s segment, the hosts struggle to see eye-to-eye on gun control and agree on a cohesive solution. Tensions especially run high between co-host Sunny Hostin, whose views are more liberal leaning, and guest co-host Alyssa Farah Griffin, who proudly identifies as a conservative.

The discussion predictably falls along party lines, and it’s no surprise that the women can’t find a consensus on the topic. Guess they can’t solve one of the biggest issues facing Americans today.

“When you take away guns, you take away gun violence,” says guest co-host Julia Haart, who previously served as the creative director of the Italian luxury company La Perla. Haart specifically cites the U.K., New Zealand and Australia as evidence of places that are significantly free of such everyday shootings because of cracking down on gun availability.

Griffin, the former White House Director of Strategic Communications for Trump, disagrees and brings up the move to defund the police, even though that has little to do with the personal gun ownership question.

“I think that the solve has been here for a long time,” says Hostin. “It’s common sense gun legislation. And it constantly fails because Republicans have blocked that legislation across the board.

“It’s not about defunding the police. Biden has made it clear that that is not the position of the Democratic party,” she continues, emphasizing that the New York City Police Department’s current budget is $11 billion. According to the Citizens Budget Commission — a non-profit organization based in New York City — more than $10 billion is planned in annual spending on the city’s police force for Fiscal Year 2022.

Hostin notes that it’s now legal in Georgia to carry a concealed firearm without a license, thanks to a recent bill signed into law on Tuesday by the state’s Gov. Brian Kemp. She also emphasizes that there’s higher gun violence in both Republican-led states and cities, a claim that Griffin isn’t too thrilled to hear.

“Across the board, the top 10 cities with the highest violent crimes are all led by Democrats,” Griffin counterattacks. She, however, acknowledges that gun crime is a different case.

When Joy Behar points out that people could be smuggling illegal guns into states with stricter gun measures, Griffin acknowledges it’s a possibility.

“Ok, so what does that got to do with Democrats then?” Behar questions.

Griffin points out that poverty is one of the biggest driving factors behind violent crime. She, however, is unable to explicitly state how the GOP has been combatting the issue and instead, resorts to blaming President Joe Biden for the economy’s current dire state.

“It suffered a lot under your boss,” Hostin argues back, referring to the terrible economic state — which was plagued by high unemployment rates — under the Trump administration.

“When you see growing violent crime in cities, people want to arm themselves,” Griffin says. “There’s a reason why we have a second amendment.”

Later, Hostin asks Griffin is she agrees that not everyone needs to be in possession of assault style weapons, like an AR-15, even if they are avid hunters or use guns recreationally. Griffin partially agrees and adds that guns are oftentimes “misrepresented” because they simply “look scary.”

“It’s as clear as the nose on your face that Republicans have been pulling a con job for years on us saying that it’s Democrats when they are the ones who support the NRA,” Behar says.

“Rage like I’ve never seen”: Right-wingers turn on Trump after his candidates “s**t the bed”

From miso paste to marmalade, here are 5 unconventional toppings to try on fresh popcorn