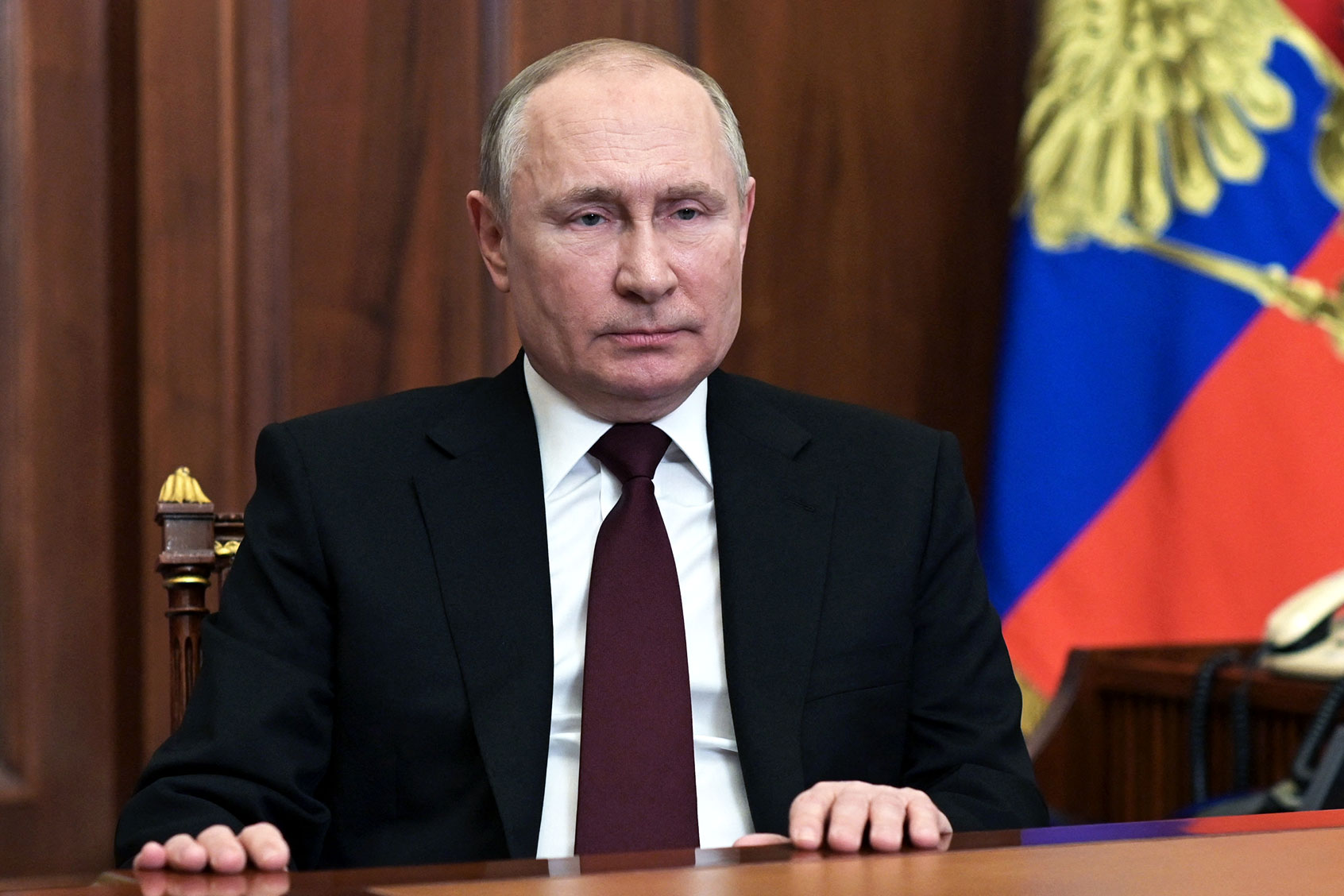 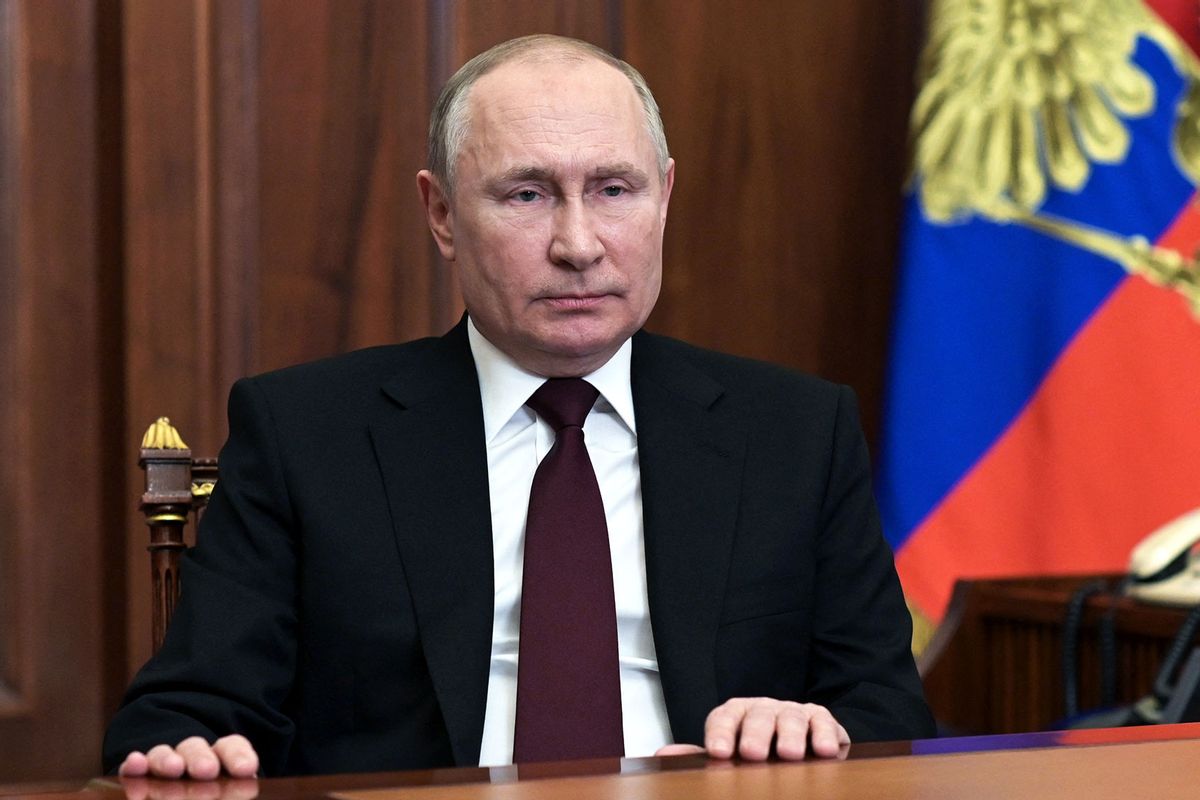 It’s becoming more obvious every day that they didn’t teach “On War” by Carl von Clausewitz at the 401st KGB school in Leningrad when Vladimir Putin was a student in 1975. Right from the start of the invasion of Ukraine on Feb. 24, Putin violated Clausewitz’s most famous axiom, that a true strategist should “identify the decisive point and concentrate everything on it, removing forces from secondary fronts and ignoring lesser objectives.”

Putin’s invasion was all over the map. He had forces in Belarus, north of Kyiv; in Russia, north of Kharkiv; in the eastern Ukrainian regions of Donbas held by separatists; and in Crimea, which he had taken in 2014. He attacked on all four axes at once. The force in Belarus, ostensibly located there for a training exercise, was to be what they call in the army “the tip of the spear” for the attack on Kyiv, some 100 miles from the Belarus border. This military grouping quickly turned into the infamous 40-mile convoy, which was heavily hit by dismounted Ukrainian troops who decimated supply trucks, tanks, armored personnel carriers and fuel trucks with shoulder-fired weapons.

Russian forces in the vicinity of Belgorod, Russia, were only 50 miles from the northern city of Kharkiv. Their attack on Ukraine’s second largest city was similarly stalled by Ukrainian forces that kept the Russian army from ever entering the city. Putin moved several battalion combat teams into the region of eastern Ukraine held by separatists, but they were unable to take either Donetsk or Luhansk, the major cities in the Donbas. Putin’s forces in Crimea were sent east into Mariupol with orders to link up to Russian units moving south from the Donbas, and west into Kherson with orders to take the fight further west and capture Odessa. To this day, neither Mariupol nor Kherson nor any other major Ukrainian city have been occupied, though all but Kyiv have been heavily damaged by Russian shelling with artillery and rockets.

Estimates of the size of the army Putin used to attack Ukraine ran from 150,000 to as many as 190,000. Neither number was anywhere near sufficient to invade a country of 44 million with an army of 125,000 and 900,000 reservists, and the results prove it. Putin’s army has pulled back from areas it held around Kyiv and returned to bases in Belarus and Russia to regroup and resupply, according to experts. On Tuesday at a news conference in Russia’s far eastern Amur region, where he traveled to meet with Belarus president Alexander Lukashenko, Putin said that his “special military operation” in Ukraine was going as planned and there was “no doubt” it would continue “until its goals are met.”

It was a hollow boast, given the fact that Putin appears to be already distancing himself from his failed invasion by calling it “the plan that was originally proposed by the General Staff.” His appointment late last week of an overall ground commander in charge of his forces in Ukraine, Gen. Alexander Dvornikov, who has been called the “butcher of Syria,” ignored yet another axiom found in “On War”: “Anyone who falls into the habit of thinking and expecting the best of his subordinates at all times is, for that reason alone, unsuited to command an army.” Putin, like an American president, is commander in chief of his country’s military, which if you take the word of Clausewitz, does not bode well for Russia’s future in Ukraine.

“Putin had been keeping the plans very closely held, with top military commanders and trusted advisers unaware that Russia was going to mount an offensive,” the Washington Post reported on Tuesday. “By early this year, according to U.S. and European officials, he was operating in an echo chamber.” Which was yet another problem with his invasion of Ukraine. Not only was Putin not a student of military strategy and tactics, he also hasn’t listened to anyone who was or ever had been.

Putin’s failure results from his near-total isolation; he seems to derive his sense of power from seclusion. Trump, on the other hand, derives his power from crowds: His rallies are as essential as his hairstyle.

Failure to listen to the counsel of others is a trait that has been shared by many national leaders over the years, but Putin seems to be, appropriately, alone in his near-total isolation. Lately, many have attributed his absence from public events and tendency to closet himself in his various dachas to the COVID epidemic, but several Putin-watchers have noted his increasing insulation from the Russian public and even his closest friends over the past decade. It’s a curious thing. He seems to derive his sense of power from seclusion. Donald Trump, on the other hand, derives his sense of power from crowds. His rallies are as essential to who he is as his hairstyle. Taking away his presence on Twitter put a crimp in his style, but if he couldn’t hold rallies and yap at his MAGA masses, he would probably disappear.

The kleptronic Putin is said to be the richest man in the world, with a net worth that is unknowable but could reach many tens of billions. Trump, it can be said without much risk of being wrong, would love to be that rich.

But neither of them has learned what’s necessary to be a great leader in time of war: the exercise of power in the absence of money. To be a successful military leader, it’s absolutely essential. Military commanders cannot dangle money as a reward even for heroism. Orders given in combat are obeyed not because a soldier expects to get a raise if he or she carries out a successful mission. Soldiers are willing to risk their lives in combat for their compatriots, and even for their country — until they aren’t, as happened in the final years of the war in Vietnam. But risk with money as the reward simply isn’t part of that profound equation.

It’s a big reason the Russian army has been shown to be, in a word, weak. They’ve been fed more lies than field rations over the last month and a half, according to many reports. Now Putin is reaping the rewards of a man who, while understanding the fine points of a police state, knows nothing of leadership that isn’t attached to fear. Threats of arrests and prison and even poisoning are hard to make when the men you’re trying to intimidate are being shot at. Putin’s soldiers may be afraid of being killed, but not by a man in a suit hiding in a bunker beneath a lavish dacha many hundreds of miles from the front lines.

Read more on Vladimir Putin and the war in Ukraine:

Voice of the “ordinary,” Sarah Huckabee Sanders, to give GOP response to Biden’s State of the Union