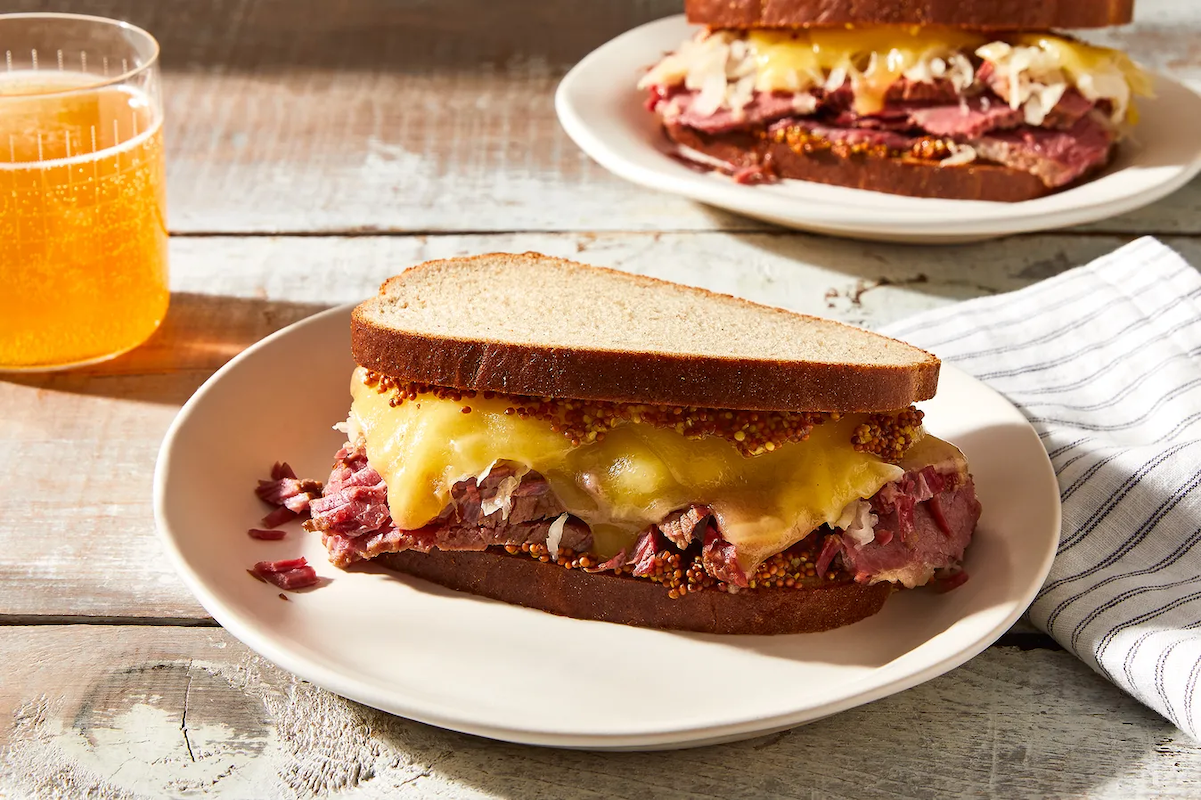 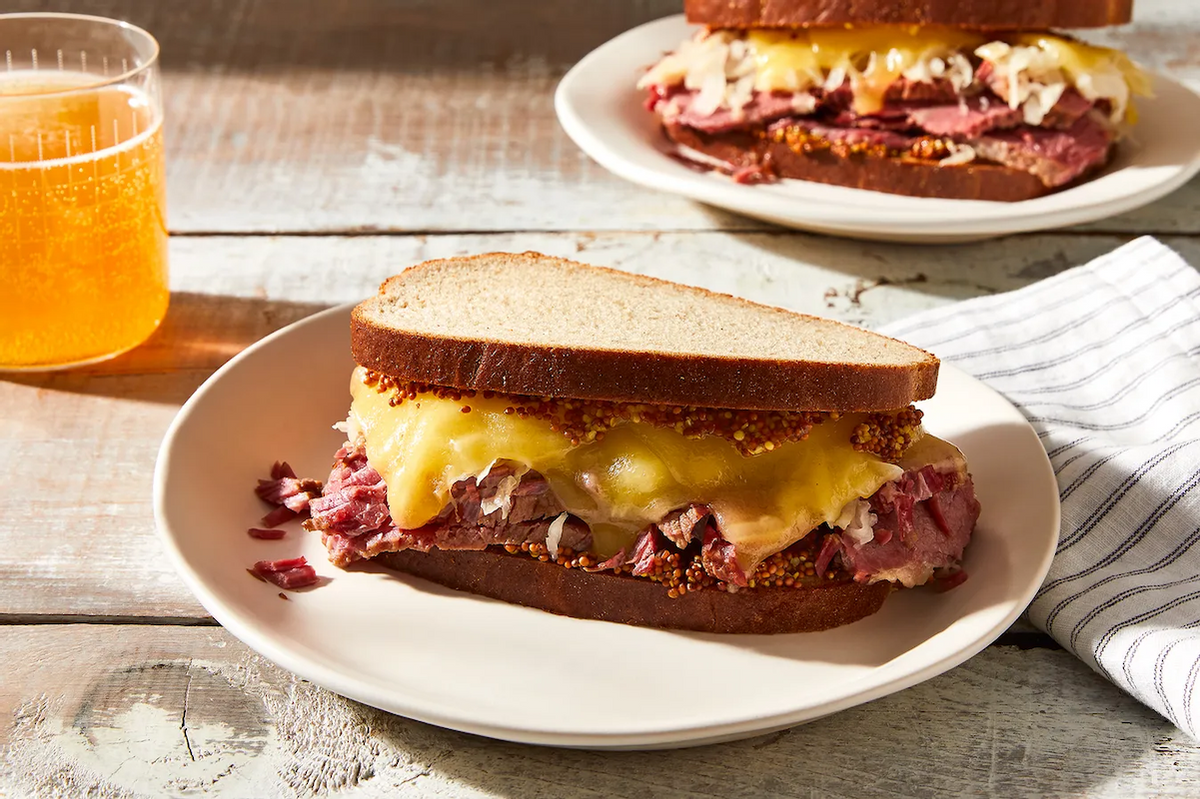 Stepping inside a New York Jewish deli is a spiritual experience. All of my hopes and dreams are served right in front of my eyes, in the form of crispy potato pancakes wrapped in deli paper, a mountainous slice of noodle kugel, and thin, juicy shavings of pastrami on rye bread. But any good Jewish deli will have you answer one major question: pastrami or corned beef? Before you place your next order, learn the true difference between corned beef and pastrami, according to someone who has perfected the art of both: Jake Dell of New York’s Katz’s Delicatessen.

“Traditionally, pastrami is a navel cut and corned beef is made with brisket,” explains Dell. Each cut contains different amounts of fat, which translates into how the beef breaks down during the cooking process. The navel contains fat in the middle, whereas the beef brisket has fat mostly along the exterior of the meat. “The fat on the inside means that when you smoke pastrami, it distributes throughout the entire cut of meat,” says Dell.

Both pastrami and corned beef are brined, but pastrami is smoked and corned beef is boiled. Pastrami is rubbed with a dry seasoning blend of salt, pepper, coriander, and garlic, “which develops that awesome bark that’s just so delicious.” Some delis may also brine pastrami with mustard seeds, brown sugar, and other pickling spices. Corned beef, on the other hand, is salt cured — hence the corning process.

So which is more popular?

To understand the history of corned beef and pastrami, we have to go back to 1888 when Katz’s Delicatessen first opened and the first Eastern European immigrants settled in New York City. For the first hundred years of business, Dell says that corned beef was twice as popular as pastrami. “For one reason or another, that switched and pastrami now sells double the amount of corned beef each week. We sell 20,000-30,000 pounds of pastrami a week.”

How to serve them

The classic preparation for both of them is on rye with mustard. Given how complex the flavor of pastrami is, most people tend to not add more than that. With corned beef, you have more flexibility to turn it into say a hash or Reuben sandwich, says Dell. Plus, there’s always the classic preparation of corned beef and cabbage for St. Patrick’s Day.