The meeting, according to the report, may be unconnected to how Igboho could regain his unconditional freedom.
Igboho had been detained in a prison facility in the Republic of Benin, after he was arrested with Ropo, his wife, at Cardinal Bernardin International Airport, Cotonou, while on his way to Germany in July 2021.
The 49-year-old agitator fled Nigeria for Benin Republic after the Nigerian government declared him wanted.
But in March, the Ilana Omo Oodua, a self-determination group confirmed Igboho’s release, in a statement issued by its Communications Secretary, Maxwell Adeleye.
However, Yomi Alliyu, one of the agitator’s lawyers said Igboho was released from prison to his medical practitioners.
Alliyu, a Senior Advocate of Nigeria, said in a statement Monday that Sunday Igboho’s release was under the agreement that he should not leave the medical centre or Cotonou for any reason.
Reacting, Maxwell in an interview with SaharaReporters said the agitator had regained total freedom and was permitted to hold rallies if he wished.
The decision to remain in Benin Republic, he said, was taken amongst Igboho and the other Yoruba leaders and not the decision of the court.
Maxwell said Igboho was not released to any medical practitioner as he stated that the Yoruba activist was sleeping at his house in Cotonou.
He said, “Igboho was not stopped from holding rally, he was not released to any medical personnel he slept in his own house in Cotonou yesterday. It was an understanding that he should remain in Benin for now, to security reasons because he can be easily picked up if he returned to Nigeria.
“There are no bail conditions. He has been released, he is free to enjoy his life and can do whatever he wants to do.” 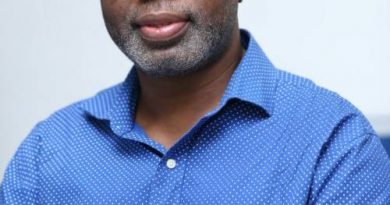