It was a result City had to eek out against an Atletico side who had clearly travelled to England with the aim of simply denying Pep Guardiola’s side opportunities.

The match between the reigning Premier League and LaLiga champions saw the hosts dominate possession and chances in the opening 45 minutes, with the visitors content to defend and hit on the counter-attack as the first half ended scoreless.

Man City continued to pressure the Atleti defence early in the second half, with Ilkay Gundogan thwarted at the doorstep right after the break and Jan Oblak called into action to parry away De Bruyne’s goal-bound free kick minutes later.

Atletico’s rare breaks served as a reminder to City that they had to keep some discipline, although when the Spaniards did fashion an opening Marcos Llorente‘s soft effort was easily dealt with by goalkeeper Ederson.

Guardiola brought Foden on in the 68th minute and the England international made an instant impact, playing an incisive pass to De Bruyne, who calmly slotted past Oblak to give City the lead.

“The first half was tight. In the second half we had a couple of chances and it was good that we took one,” said De Bruyne. “I made the run and Phil found me perfectly, I needed to stay composed and luckily I did.

“It’s very hard. They played with almost five at the back and with five in midfield. I recommend anyone that says anything — that they try playing against that on the training ground.

“We have to stay composed and don’t try to get into their action. It is the way they play. One nil is one nil. I expect similar over there. If the game is tight they will have to attack a little bit more.”

De Bruyne then had space for another attempt on goal, which was well blocked by defender Stefan Savic‘s outstretched foot.

The two teams meet again for the decisive second leg next Wednesday at the Wanda Metropolitano with a spot in the semifinals on the line.

After the match, Guardiola was pleased with the way his side had approached the contest.

“We played an incredible top side who are difficult to face but it is a good result,” he said, while praising his players for avoiding some of the potential flashpoints in the game.

“It is not easy to face a team with a lot of experience in this tournament. We will go there to score and try and win again.

“We have to control our emotions and do what we have to do. There will be a referee there and we have to play our game.

“[Atletico] have faced this kind of knockout stages many times and it will be a good test for us with our maturity in this game.”

Simeone hailed City’s quality and said the first-half display was largely due to Atletico’s opponents rather than his tactics.

“We didn’t play the way we wanted in the first half, we couldn’t break out. It was a bit better after the break, but City are the best team in the world. They have scored so many goals at home in the recent past,” the Atleti boss said.

“But this is half-time and let’s see how the second game goes in Madrid.”

Atletico goalkeeper Jan Oblak said the tie was far from over.

Chelsea’s uncertain future: How sanctions, confusion are impacting their squad for next season

Ancelotti on El Clasico humbling: ‘It was my fault’ 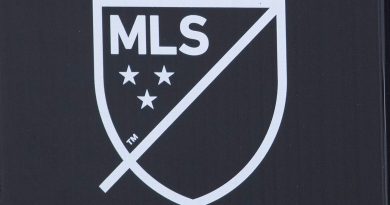