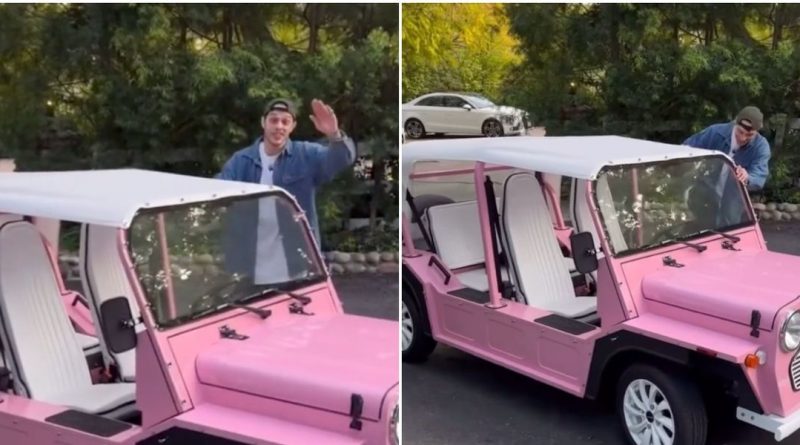 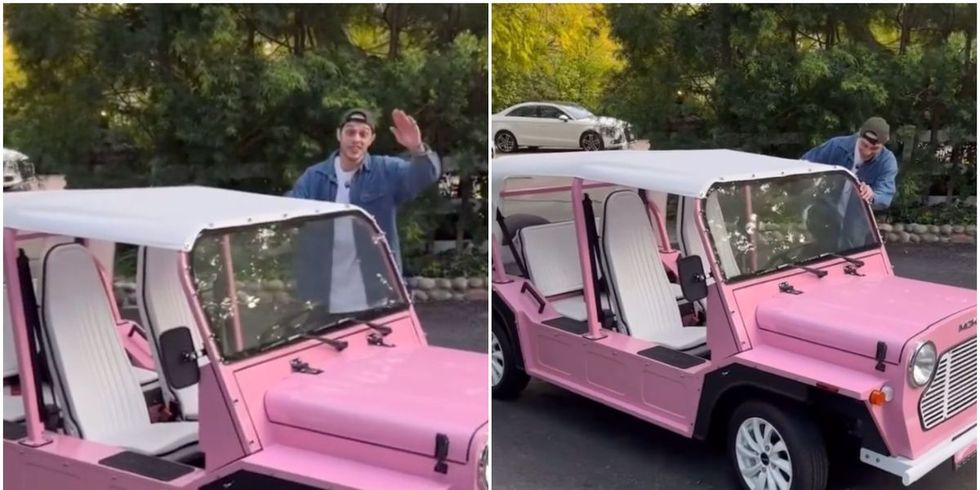 Kim Kardashian and Pete Davidson are very much still together despite the fact that it’s been a while since they were spotted out. But Davidson just made an appearance on Scott Disick’s Instagram Stories (captured by @kimandpeteupdates), rolling up in Kardashian’s hot pink golf cart—a Christmas gift from Kris Jenner— to drop off pizza. Naturally there were Postmates jokes to be made:

If you want more proof that Davidson and Kardashian are still going strong, TMZ reports that she recently flew to New York City to visit Davidson on set of his new movie—which happens to be close to his grandparents’ house on Staten Island. And after filming wrapped for the day, Kardashian officially got to meet them. They’re still taking things slow when it comes to family introductions generally, because TMZ’s sources also noted that Davidson still hasn’t met Kardashian’s kids “out of respect for Kanye,” who’s made it clear he’s not Davidson’s biggest fan.

That said, it looks like West will no longer be speaking about Pete or Kim on social media, with a source telling Page Six that “For the sake of the kids, Kanye has told Kim he’s not making any public appearances or inflammatory social media statements, and he will go away somewhere to get better.” Meanwhile, Ye’s rep told the outlet “At this time, Ye is committed to a healthy co-parenting relationship with Kim and is and focused on raising their beautiful children.”