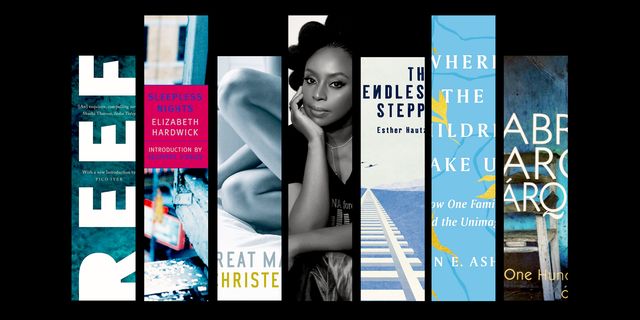 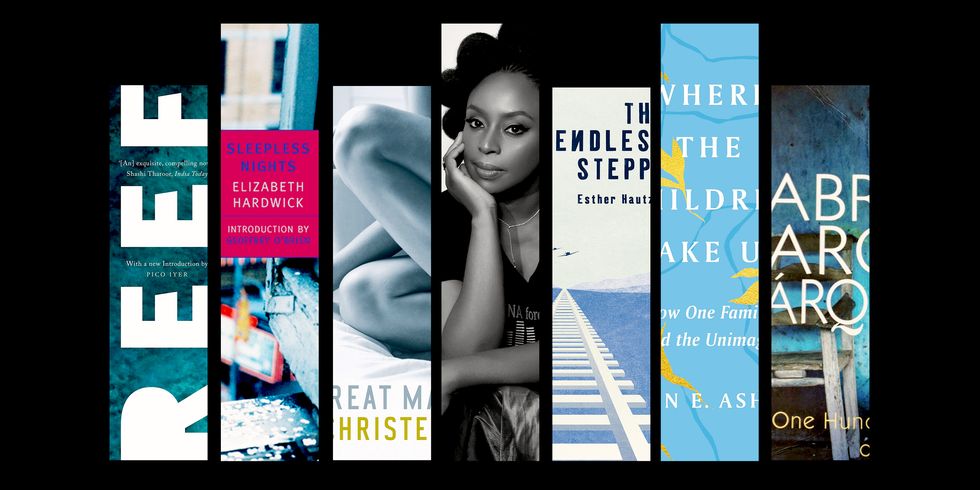 We Should All Be Feminists: A Guided Journal

Adichie is the author of three works of nonfiction, a short story collection, and three novels including the Orange Prize-winning Half of a Yellow Sun (won the best book in the past 25 years of the award, now known as the Women’s Prize) and the National Book Critics Circle Award-winning Americanah.

She started out writing poetry and plays; was a MacArthur Fellow, on the list of Time’s 100 Most Influential People in the World, a conversation partner of Michelle Obama (on Becoming) and former German Chancellor Angela Merkel (on politics and feminism), and a Boots No7 face; leads her annual Purple Hibiscus Trust creative writing workshop; once lived in a house where Chinua Achebe lived; and is a NYPL Literary Lion. Her given name is Ngozi Grace (Grace was also her mother’s name); her Catholic confirmation name is Amanda, which she then altered to Chimamanda (Igbo for “My God will not fail”).

She can’t swim or dance and likes art, flowers, and film but doesn’t much care for American comedies. Below, books she does.

…made me weep uncontrollably:

Zain E. Asher’s Where the Children Take Us because it is so heartbreaking in recounting the tragedy of a family and the resilience of a remarkable mother.

The Joys of Motherhood by Buchi Emecheta because it is a fast-moving and complex novel about the realities of working-class life in British-colonized Nigeria.

Isabel Wilkerson’s The Warmth of Other Suns illuminates the Great Migration of African-Americans with true-life stories and as a TV series would be both entertaining and enlightening.

Hunting Evil by Guy Walters because I am deeply fascinated by Germany during the Second World War and still cannot believe how easily—and unnecessarily—so many Nazis were allowed to get away with war crimes.

…has the best title:

One Hundred Years of Solitude by Gabriel García Márquez because there is a nostalgic quality to the title that I find unbearably moving. I also very much admire the title On Earth We’re Briefly Gorgeous by Ocean Vuong.

…has a sex scene that will make you blush:

I’m not sure about blushing but Kate Christensen’s The Great Man has a sex scene between two people in their 80s, which is unusual, and I found it believable and charming.

…describes a house I’d want to live in:

I’d love to visit the house in Reef by Romesh Gunesekera, in Sri Lanka.

…should be on every college syllabus:

White Rage by Carol Anderson should be on every American college syllabus because it tells the many forgotten stories of American history in an engaging way.

I dip in and out of Elizabeth Hardwick’s beautiful and unique novel Sleepless Nights, which I read as I would good poetry, with utter awe.

…I never returned to the library (mea culpa):

It’s been at least 30 years now but I don’t think I ever returned The Endless Steppe by Esther Hautzig to the children’s library on the campus of the University of Nigeria, where I grew up.

My beloved friend the late Binyavanga Wainaina and I met on a writers’ website and when it turned out Camara Laye’s The African Child had been important to us both as children, we knew our friendship was made to last.

Chinua Achebe’s Arrow of God because it is quite simply one of the best novels ever written.

Daughters of Africa edited by Margaret Busby, because it introduced me to many talented writers that I might not otherwise have read, and it makes me remember, with gratitude, the women who came before me.

Invisible Women by Caroline Criado Perez surprised me because even though I know the world is male-dominated, I had never seen the case for data bias presented so convincingly and thoroughly (and with personality!)

Bonus question: If I could live in any library or bookstore in the world, it would be:

I don’t know about living in, as I like a bit more room, but Jazzhole, the lovely eclectic bookstore in Lagos, is very much worth visiting.

Where the Children Take Us

The Joys of Motherhood

The Warmth of Other Suns

One Hundred Years of Solitude

Aviation can meet Paris targets — if it makes massive changes 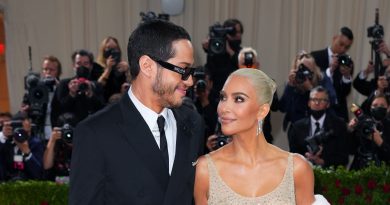 Patina Miller Wants to Do the Things That Scare Her