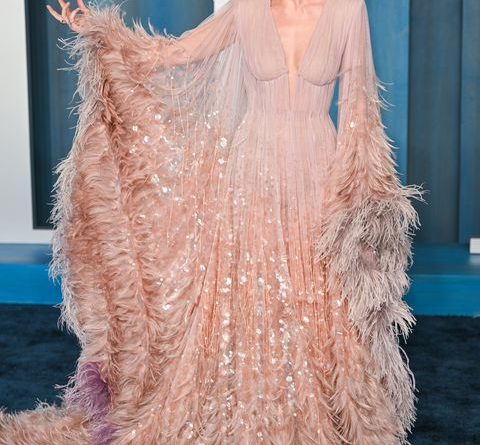 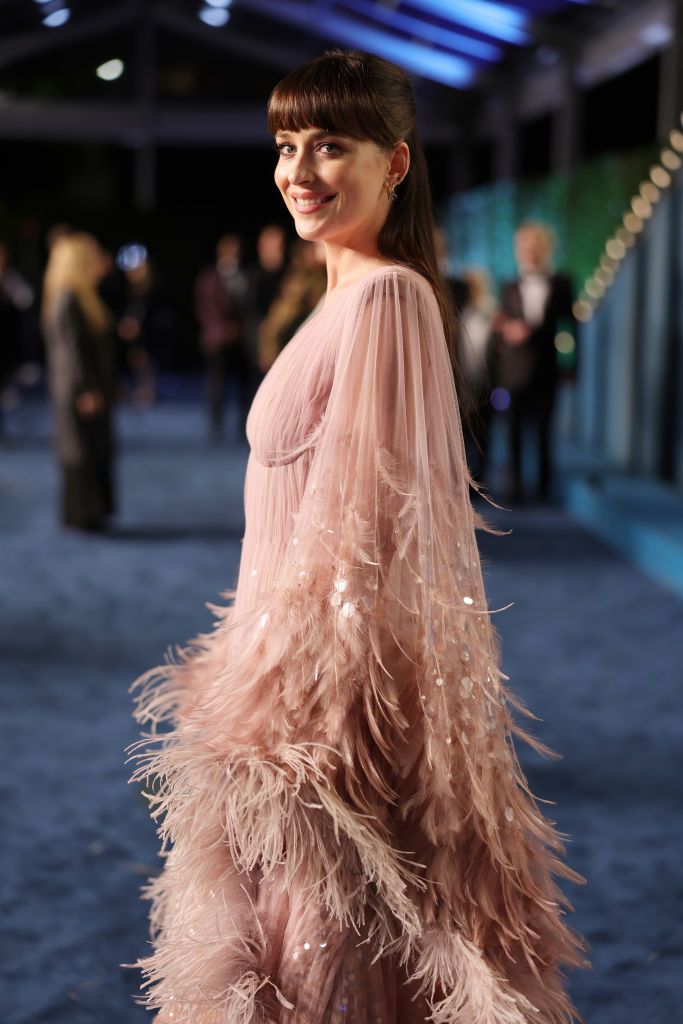 Dakota Johnson arrived at Vanity Fair’s Oscars after-party in one of the most elaborate and breathtaking princess gowns of the evening. The Lost Daughter actress stepped out in a feathered pink Gucci dress, which originally debuted at the Gucci Love Parade show in L.A. She wore her hair half up and half down and posed solo at the event.

In a January interview with W magazine, Johnson opened up about working with Maggie Gyllenhaal on The Lost Daughter, Gyllenhaal’s directorial debut.

“I read the script that Maggie Gyllenhaal wrote. And then I had a meeting with her,” Johnson recalled on being cast. “We had a late lunch in New York, at the Greenwich Hotel, where we immediately went, like, straight into the meat of life. And then I read with her a few weeks later in a casting office. And then she emailed me asking if I would be her Nina.”

“I cried. I didn’t scream. I just immediately cried,” she continued. “That was in November of 2019, and then there was the pandemic. We shot it in Greece in September and October of the next year, almost a full year later. We did hard-core quarantine—in Greece, which was not hard-core at all. Luckily we all really loved each other.”

While shooting, “We had all sorts of parties. We had dance parties; we had hide-and-go-seek parties,” Johnson recalled. “Olivia [Colman] had this hotel room at the top of this hotel that was huge. So we would hang out there every night and maybe drink some wine and then end up playing really stupid games. It was crazy, surreal, beautiful, intense, and so loving. It was amazing. It was a gift.”

How to Donate to an Abortion Fund Now

Behind the mask: How racism shaped attitudes on the pandemic

How to hard-boil eggs to dye for Easter