Governors and other key chieftains of the ruling All Progressives Congress (APC) are plotting against the nomination of persons into key National Working Committee (NWC) positions by President Muhammadu Buhari ahead of the party’s national convention holding on Saturday.

Highly placed sources told Daily Trust Tuesday evening that critical stakeholders are still locked in horse-trading, which is tearing the echelon of the party apart as the majority of governors and other chieftains kick against the president’s proposal.

On Monday, stakeholders were at work as negotiations continued to come up with a consensus list for all positions.

Fresh facts however show that the consensus talk is bugged by resistance from elements in the party to bow to the wish of President Buhari who had handpicked five persons for top NWC positions, in a March 18 letter.

“The leaders are grumbling and find it hard to swallow that the president will just fill five senior positions without consulting them,” a senior member who asked not to be named said.

It had been reported the president’s endorsement of a former Nasarawa State Governor, Senator Abdullahi Adamu for the chairmanship post.

But with the uproar trailing the revelation, a Presidency spokesman denied the endorsement.

However, it was reliably gathered that in his March 18 letter to the Chairman of Progressives Governors Forum (PGF) and Kebbi State Governor, Senator Atiku Bagudu, where he called for order within the party, President Buhari attached a list of persons he nominated for various posts in the next NWC.

It was gathered from reliable sources that the letter to Bagudu was orchestrated by close allies of the president including the Attorney General and Minister of Justice, Abubakar Malami, SAN and his Education counterpart, Adamu Adamu, who were with the president during his recent medical sojourn in London.

Multiple sources said that the two ministers and other associates close to Buhari convinced the president that he needed to show interest in the party’s affairs ahead of his exit, by nominating persons into key positions.

“They proposed persons they are comfortable with to key positions in the party, and most of them are from the CPC (defunct Congress for Progressives Change). The president endorsed the list and attached it in the letter to Bagudu,” a Presidency source familiar with the happenings said.

“They made the president understand that if he allowed the governors to have their way, none of his core persons can get anything and that would mean an end to the mainstream Buhari political lineage,” a senior member of the party said last night.

Aside from Adamu and Nnamani who are originally from the Peoples Democratic Party (PDP) bloc of the APC, the other three are all long-term political associates of the president.

Aliyu, a former member of the House of Representatives, was a notable leader of the CPC under whose platform he contested for the governorship seat of Jigawa State in 2011.

Engineer Oyedele, a serving Executive Director at the Niger Delta Power Holding Company (NDPHC), was a Board of Trustee member of the defunct CPC. Arc Bulama, on the other hand, had served as a member of the National Executive Committee (NEC) of the CPC and briefly served as the National Secretary of the APC until the dissolution of the NWC to form the current caretaker leadership for the party.

The move to draft in top chieftains from the CPC wing of the APC to the NWC was said to have thickened following the endorsement of Senator Adamu for the chairmanship position by the president.

A source familiar with the intrigues said the Adamu’s endorsement, said to be at the instance of a powerful minister from the South with presidential aspiration, awakened Buhari’s men to the possibility of edging them out if they didn’t move in quickly.

However, reliable sources in the party said the majority of the 22 governors of the ruling party are opposed to the presidential endorsement with some of them expressing doubt if indeed the list was sanctioned by the president.

The opposition was also informed in certain quarters by choice of the personalities, which some of the stakeholders were uncomfortable with. Nasarawa State Governor, Abdullahi Sule, has variously expressed his support for his predecessor, Umaru Tanko Al-Makura, in spite of the reported preference of Adamu by the Presidency. 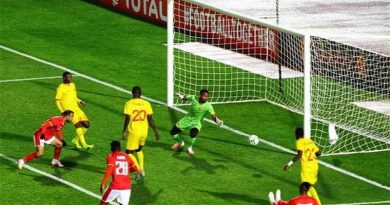 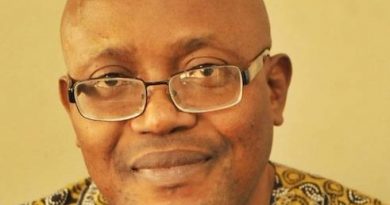